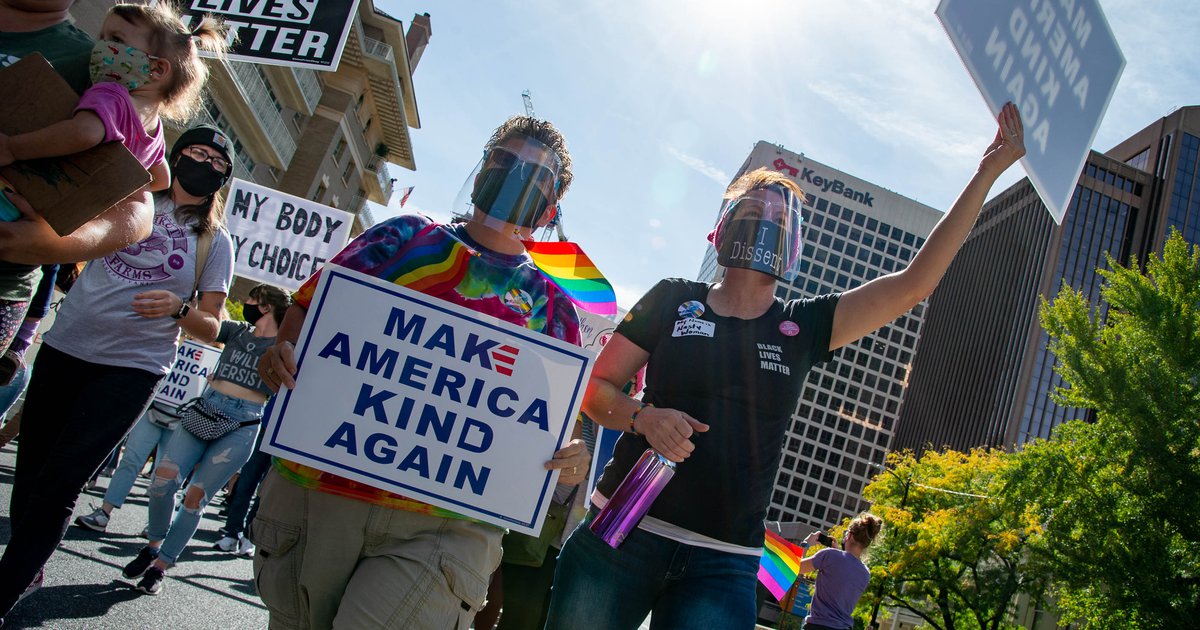 Trump has nominated Amy Coney Barrett, a conservative appeals court judge, to fill the vacancy left by Ginsburg, a feminist icon. If confirmed, Barrett will likely rule on cases involving high-profile issues such as health care and abortion.

At least one woman paid homage to Ginsburg by wearing a black robe, complete with a white collar, and holding a sign that read, “I dissent.”

The group of about 250 first met at Salt Lake City Hall before marching north to the Capitol, where attendees heard from speakers. Similar marches were held nationwide.

Along the route, protesters held signs that said “Make America Kind Again” and “My Body My Choice.”

Lex Scott, the leader of Black Live Matter Utah, remarked at the take on the Trump campaign slogan “Make America Great Again,” that the signs should instead read, “Make America Kind for the First Time.”

Some in Saturday’s crowd sported the pink knit hats that became popular during the first Women’s March in Washington, D.C., after Trump was sworn into office in 2017, when a crowd of an estimated half a million came to the National Mall in protest.

Chelsea Handler explains shaming of Trump-backer 50 Cent: 'I had to remind him that he was a Black person'

Chelsea Handler explains shaming of Trump-backer 50 Cent: 'I had to...