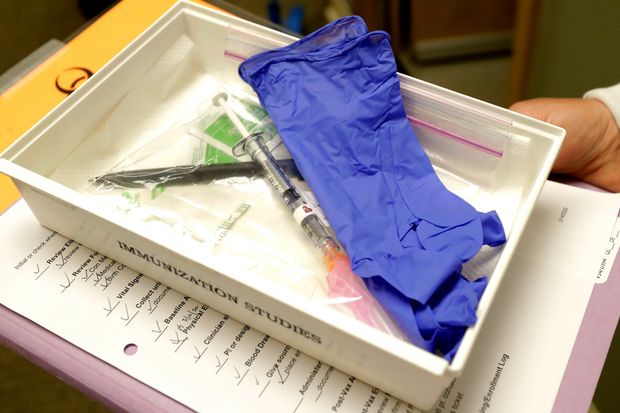 The executive agency of the U.K. government’s Department of Health and Social Care has validated the two-shot Pfizer-BioNTech vaccine ahead of the U.S. and Europe.

The U.K.’s Medicines and Healthcare products Regulatory Agency has become the first regulator in the western world to approve the COVID-19 vaccine developed by U.S. drugmaker Pfizer PFE, +2.87% and its partner Germany’s BioNTech BNTX, -8.23%.

The speed with which the executive agency of the government’s Department of Health and Social Care has validated the two-shot vaccine ahead of the U.S. and Europe has raised questions over how it moved so fast, and whether all safety procedures have been followed.

Dr. June Raine, director of vigilance and risk management at the MHRA, said at a press conference on Wednesday: “A really important point relates to the thorough work, scientifically rigorous and methodologically sound, that the agency has done.

“The way of working in a rolling review ensures that our teams of clinicians and scientists are working in parallel to complete all the work according to strict guidelines on safety, effectiveness, and quality.

“This vaccine has only been approved because those strict tests have been done and complied with, and everyone can be absolutely confident that no corners whatsoever, have been cut.”

A key reason why the U.K. has been able to approve the vaccine so fast is that previously authorization of new drugs was overseen by the European Medicines Agency, which was based in London until March 2019. It worked closely with the MHRA, also based in the U.K., which was delegated much of the work to authorize Europe’s medicines.

The MHRA has been able to act fast in approving the Pfizer-BioNTech vaccine because it has an experienced team of 1,200 scientists with top skills scrutinizing the safety on these types of vaccine.

While technically the EMA still has the powers to authorize drugs in the U.K. until the end of the year when the U.K. formally severs ties with the European Union, the U.K. government and MHRA can override that in emergency situations.

Raine said: “The public can be absolutely confident that every rigorous check has been done to reach the judgment that we reached, that the benefits far outweigh any risk, but the safety of the vaccine has been scrutinized independently by our Commission on Human Medicines, and no stone has been left unturned.

“I would simply like to conclude by reiterating that this vaccine produced and developed by Pfizer BioNTech meets rigorous high standards of safety of effectiveness and of quality. The public’s safety has always been at the forefront of our minds, safety is our watchword, and it will always continue to be so.”

Coronavirus lockdowns may have no clear benefit vs. voluntary measures, international...