How Justice Happens takes a look behind the scenes of Supreme Court litigation at the people involved in the cases, the work that goes into the arguments and the strategy of winning an audience before the highest court in the land.

For the nearly two years since the Supreme Court decided Janus v. AFSCME, a landmark labor case in which the court ruled mandatory union fees for public sector employees violated the First Amendment, conservative lawyers have been planting the seeds for another battle at the high court that could strike another blow to union power.

The court could hear the case, Reisman v. AFUM, in its next term. The legal fight involves Jonathan Reisman, a professor at the University of Maine who disagrees with the political stances taken by his union, the Associated Faculty of the University of Maine (AFUM), and the unions it associates with — namely the National Education Association and the Maine Education Association.

Robert Alt, the attorney running Reisman’s case and others similar to it for the Buckeye Institute, a conservative think tank, called it “the next big case on worker freedom.” 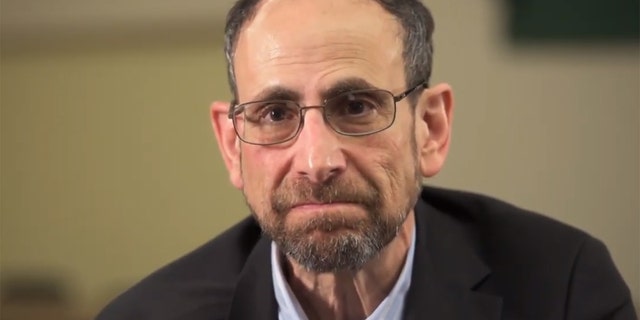 Professor Jonathan Reisman is suing to invalidate a Maine law he says forces him to associate with labor unions that regularly produce political speech he disagrees with. (Buckeye Institute)

MEET THE FAITHLESS ELECTORS: HOW A CALL BETWEEN A TECH WORKER AND A JAMBA JUICE EMPLOYEE TURNED INTO A SUPREME COURT CASE

Reisman, an economics professor who is not actually a member of the union, was one of the beneficiaries of the Janus decision. After the ruling, he no longer had to pay a fee to the union representing his group of employees in negotiations with the university. But according to Reisman and others who have brought similar cases in federal court, that’s not enough. The union still technically speaks on nonmembers’ behalf when it negotiates their salary. Those employees see that association between them and the union as still connecting them to political speech they find objectionable, therefore violating their First Amendment rights.

“The union still has the ability to be my exclusive representative,” Reisman said in a video produced by the Buckeye Institute. “And I’m still associated with the positions that they take. That really is the problem.”

The professor lost his case in the First Circuit Court of Appeals late last year and his lawyers petitioned the Supreme Court to reconsider in January, and it’s likely the court will make a decision on whether it will hear the case in the fall.

A win for Reisman and the Buckeye Institute in the Supreme Court would strike a major blow to organized labor, since allowing a union to be the exclusive representative for a group of employees boosts its power, even if it cannot collect fees from nonmembers in the bargaining unit.

“Exclusivity is how we stay out of a race to the bottom. When the union represents everyone in the unit, employers can’t pit worker against worker or union against union,” the New Jersey chapter of the American Federation of State County and Municipal Employees (AFSCME) says in an FAQ on its website.

Supreme Court litigation is a notoriously slow process, and it can take many years for a successful challenge to a law or precedent to come before the court. That makes it remarkable that Reisman’s case is on the Supreme Court’s doorstep less than two years after the case that prompted it was decided. 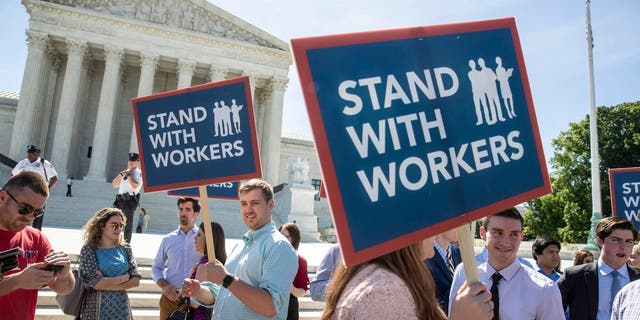 In this Monday, June 25, 2018, file photo, people gather at the Supreme Court awaiting a decision in an Illinois union dues case, Janus vs. AFSCME, in Washington.  (The Associated Press.)

The lawyers behind the case say they were able to do it thanks to a strategy of sowing federal courts with a number of similar cases, giving them a better chance of getting a quick circuit court ruling and making it hard for the Supreme Court to ignore the undecided legal question.

Alt says the current process started with a short and potentially easily forgotten passage from Justice Samuel Alito in the Janus opinion.

“It is also not disputed that the State may require that a union serve as exclusive bargaining agent for its employees—itself a significant impingement on associational freedoms that would not be tolerated in other contexts,” the justice wrote. “We simply draw the line at allowing the government to go further still and require all employees to support the union irrespective of whether they share its views.”

That one line had very little to do with the actual outcome of the case, but Alt says he took it as a cue to bring litigation on the exclusive representation issue. 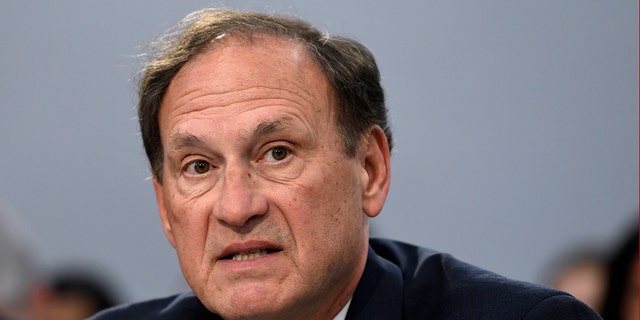 “The court expressed serious concern about exclusive representation,” he told Fox News. “This was a virtual invitation to attorneys to bring challenges to these provisions.”

So that’s what Alt did.

“It was mere hours after the court issued its decision in Janus that we filed our first exclusive representation claim,” Alt said. “We then sought to bring them in multiple different circuits just to try and make sure that we had the best possible opportunity to present these issues before the court.”

By bringing cases in multiple circuits, Alt was teeing up a potential circuit split — in other words, two courts of appeals issuing conflicting rulings in cases on the same issue. That is one of the top factors the justices look for when deciding whether to hear one of the thousands of cases they are asked to examine each year. 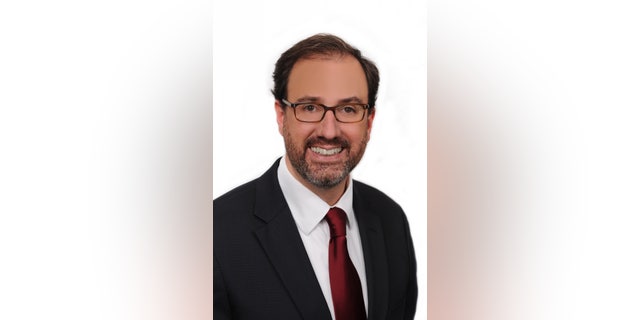 Buckeye Institute President and Chief Executive Officer Robert Alt is the lawyer leading the charge to get the Reisman v. AFUM case before the Supreme Court. (Buckeye Institute)

“What can happen is you have the court of appeals in one circuit issues a ruling on a question of law and another circuit issues a contrary ruling so that you don’t have consistent law across the country. And it’s at that point that the Supreme Court is more likely to step in and feel like it almost has to take the case,” Alt said.

He added: “It has to in order to actually provide some guidance to the lower courts and some clarity as to what the law is so that you don’t have one law in Texas and another law in California.”

In fact, rule 10 in the Supreme Court’s rulebook outlines its “considerations governing review on certiorari” — the process of the court accepting cases from lower courts — and a circuit split is the first consideration mentioned.

Those arguments hit another point addressed in rule 10, which says that the Supreme Court prefers to hear cases in which “a state court or a United States court of appeals has decided an important question of federal law that has not been, but should be, settled by this Court.”

Alt says that thanks to Janus, exclusive representation is no longer such settled law.

“The Janus case got rid of an old bad precedent in the First Amendment and created uncertainty in some other areas of the law, including whether or not union members can be forced to speak through their unions, whether unions can be their exclusive representative on all questions of collective bargaining,” he said. “And because you’ve seen so many cases raise a certain point, the court may want to go ahead and step in and say… perhaps we need to step in and resolve this issue so that it doesn’t keep arising.”

Another thing the court weighs when deciding whether to hear a case is whether it is a good “vehicle” to resolve an issue — that is, it presents a pure question of law that is not convoluted by a bunch of messy and unique facts that would not apply to other cases.

The petition in Reisman’s case argues that it is: “It squarely presents the issue of whether the First Amendment permits a state to recognize a labor union as the representative and ‘bargaining agent’ of public workers who have declined to join the union and object to its speech on their behalf… Moreover, this case involves the typical factual scenario in which this issue arises. The Petitioner is a state employee, and it is state employees who are by far the most numerous subjects of unwanted union representation under state law.”

But AFUM has argued that there is no chance Reisman’s case can succeed, even citing the same passage from Alito’s opinion as Reisman.

It continues: “But just as the First Circuit found that Harris did not call Knight into question because Harris was only about agency fees, Janus cannot undermine Knight. Indeed, the Janus court was careful to distinguish the agency fee question it was addressing from any question about exclusive representation, noting that ‘it is . . . not disputed that the State may require that a union serve as exclusive bargaining agent for its employees.'”

The Supreme Court is done hearing cases for its current term but is expected to issue several controversial decisions in the coming weeks. Then the justices will take their typical summer off before reconvening in late September with their “long conference.” The long conference is when the justices consider many of the petitions that have built up from over the summer and the latter part of their most recent term

That is when it’s possible the court will make a decision on whether to hear the Reisman case next term.

And if the petition is denied, there’s always next time — the Buckeye Institute is currently litigating two other exclusive representation cases, one in the Eighth Circuit and one in the Sixth Circuit, both of which are waiting to have oral arguments scheduled.