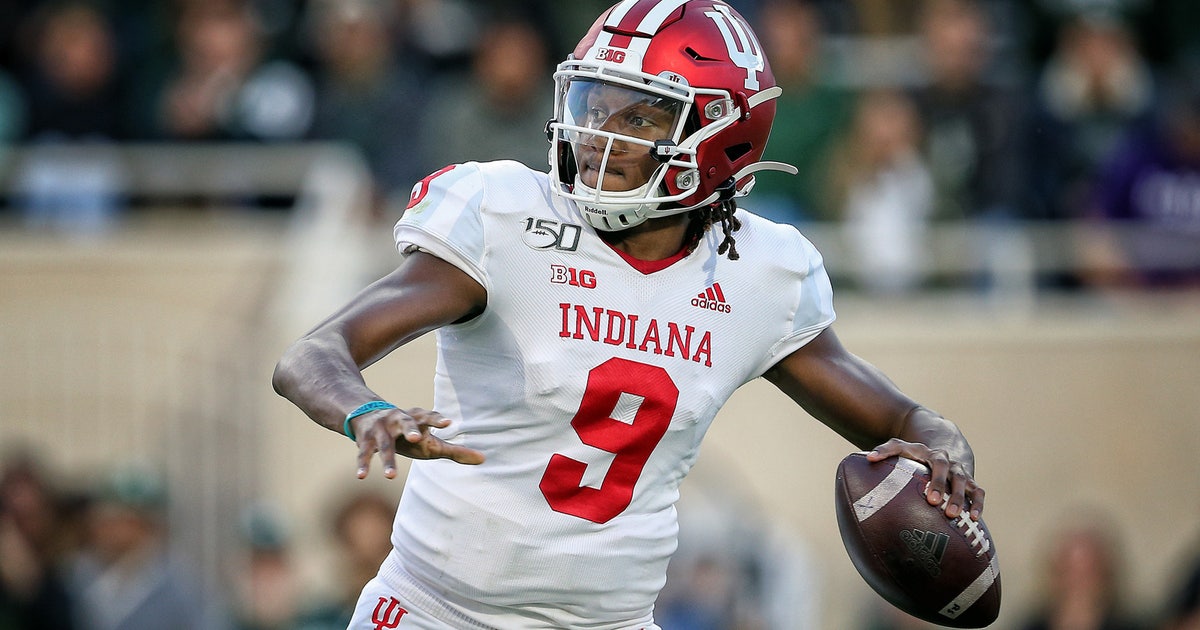 Indiana quarterback Michael Penix Jr. had his first season cut short by a torn anterior cruciate ligament. His second season ended after six games because of a right shoulder injury.

Now the talented lefty returns for his third season, bigger, stronger and stouter in hopes of playing all nine games and perhaps a 10th as Indiana’s clear offensive leader.

“It feels great,” said Penix, who went from 202 pounds to 218 this season. “It didn’t change anything with my mechanics; it’s just more weight so I can absorb the hits and I can be out there and make plays all the time. And to protect myself so I can make plays for the team.”

He has a big arm, nimble feet and a propensity for highlight-reel moves. The Hoosiers see it routinely in practice and fans have seen glimpses, too, like last season when he had 10 touchdown passes and completed 69% of his throws.

Penix is working with his third offensive coordinator in three years, though Nick Sheridan’s playbook hasn’t changed much from what Kalen DeBoer left behind when he became Fresno State’s coach.

So if Penix stays healthy, the Hoosiers could be headed to a second straight bowl game.

“I think Michael has developed physically,” Sheridan said. “I also think his communication has improved. I think that comes with time. I think that’s where the biggest growth has been. His consistency continues to improve. It’s our job to continue to push him and put him in the best situations possible.”

WIN ONE, LOSE ONE

Indiana’s defense got an offseason boost when 6-foot-2, 280-pound lineman Jovan Swann opted to finish his college career in his home state after graduating from Stanford.

But it also took a major hit when Marcelino Ball tore an ACL in practice. Allen said it was a non-contact injury. Ball had been a stalwart at husky, the Hoosiers’ hybrid safety-linebacker position, for most of the previous four seasons. Redshirt junior Bryant Fitzgerald will get the first crack at replacing Ball.

“Me, personally, I like playing in space,” Fitzgerald said. “I think that’s the best part about it.”

The group is led by Harry Crider, who moves back to center after starting 12 games last season at left guard, and tackle Caleb Jones, a redshirt junior who started 12 games on the right side and one on the left last season. Crider is a semifinalist for the William V. Campbell Trophy.

“I do like how that group is progressing,” Allen said.

The Hoosiers started daily testing Sept. 17, almost two weeks earlier than other schools. As of Oct. 12, the athletic department had conducted 3,016 negative tests with four positives — two players and two student personnel — and no active cases. Allen also is using three Saturday practices as simulated games and has a plan in case a coach becomes ill.

Schedule-makers certainly weren’t kind to Indiana. The Hoosiers open at home against No. 9 Penn State on Oct. 24, visit Rutgers in Week 2, then host Michigan before back-to-back trips to Michigan State and Ohio State. The worst part might be having a September date at Wisconsin moved to Dec. 5. Longtime rival Purdue comes to Bloomington on Dec. 12 instead of the traditional Thanksgiving weekend.

Bills get White, Brown back for game against Chiefs; Milano out