Hoda Kotb is speaking her mind.

The longtime “Today” host made an appearance on “Watch What Happens Live” on Tuesday, and she was hit with hard questions by former co-host Kathie Lee Gifford during the “Plead the Fifth” segment which produced quite the revelation.

“Who do you think was my least favorite guest of all time?” Gifford, 67, asked her gal pal. “And I bet it was yours too.”

“I know exactly who that is,” Kotb, 56, chimed before bellowing, “It’s Frank Sinatra Jr.”

“It was the worst guest we’ve ever had, bar none,” Kotb added of the interview with the late son of Frank Sinatra and Nancy Barbato. “He came for a book, he had a book he was promoting, and he didn’t want to talk about it, so he didn’t say anything.”

However, the segment would eventually get the best of Kotb, who elected to plead the fifth when Gifford asked, “What’s the most you’ve ever been annoyed at me before we went on the air?”

Gifford and Kotb graced the airwaves together for 11 years as co-hosts of the “Today” show before Gifford turned a new chapter in her life and relocated to Nashville, Tenn., where she’s since taken up singing and acting on a grander scale. 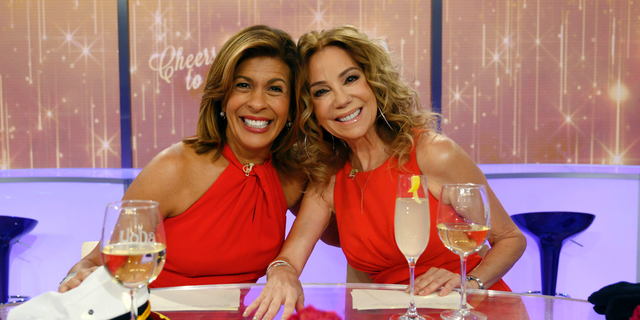 This image released by NBC shows ‘Today’ show hosts Hoda Kotb, left, and Kathie Lee Gifford on the set in New York, Friday, April 5, 2019, on Gifford’s last day as co-host. The pair graced the airwaves together for 11 years. (Nathan Congleton/NBC via AP, File)