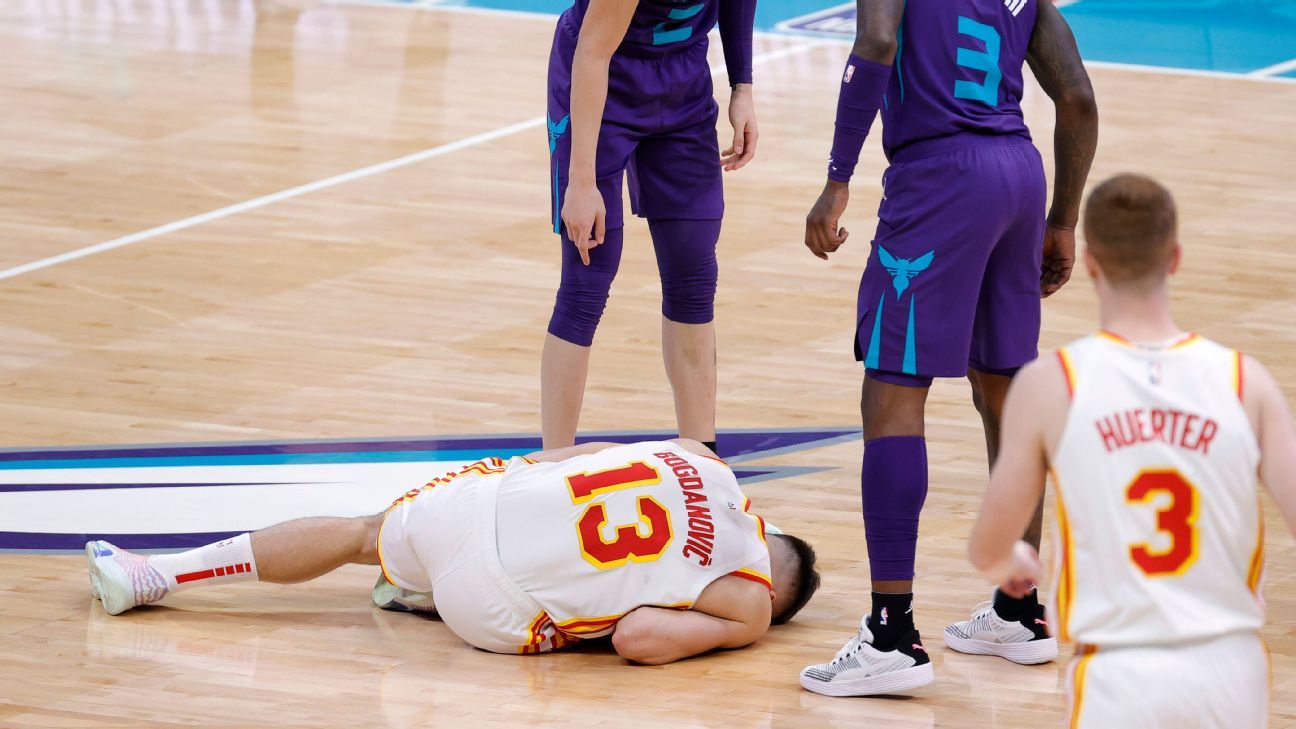 Bogdanovic was hurt during the second quarter of Saturday night’s game at Charlotte and did not return.

The Hawks described the injury specifically as an “an avulsion fracture in his right knee with associated soft tissue inflammation and a bone bruise.”

The team did not provide a timetable for Bogdanovic’s return and said a treatment plan would be updated later in the week.

Bogdanovic joined the Hawks from the Sacramento Kings during the offseason and was averaging 9.9 points, 3.8 rebounds and 2.1 assists through nine games this season.

Who’s the best 3-point shooter on the Lakers? LeBron, AD weigh in

Beach Hazards Statement issued January 16 at 1:39AM PST until January...

Lake Wind Advisory issued January 16 at 4:28AM EST until January...