Weeks into his 23-year prison sentence, a source told Fox News that Weinstein has “no symptoms” but “has been in isolation” since he moved from New York City’s Rikers Island jail to Wende Correctional Facility, a maximum-security prison near Buffalo, N.Y., earlier this month.

Now, his spokesperson tells Fox News that despite the diagnosis, the former movie producer is “feeling well.” 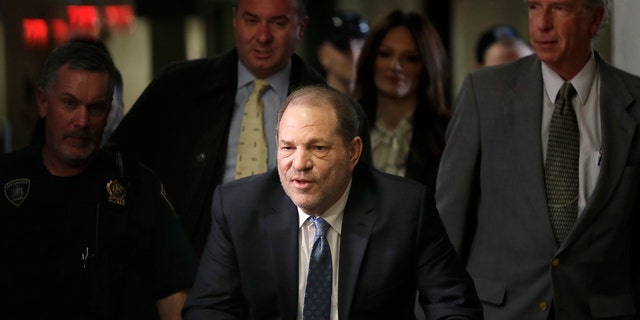 Harvey Weinstein arrives at a Manhattan courthouse for jury deliberations in his rape trial in February. (AP Photo/Seth Wenig)

“It’s prison he is having a hard time adjusting to,” Juda S. Engelmayer told us.

The New York City jail system that includes Rikers has reported at least 19 inmates and 12 staff members being diagnosed with coronavirus as of Saturday night.

Weinstein, the Oscar-winning producer of “Shakespeare in Love,” was convicted of raping an aspiring actress in 2013 and forcibly performing oral sex on a TV and film production assistant in 2006. His lawyers have said they’ll appeal.

HARVEY WEINSTEIN SENTENCE: WHAT IT MEANS FOR HIS FAMILY AND WHAT’S NEXT IN THE CALIFORNIA CRIMINAL CASE 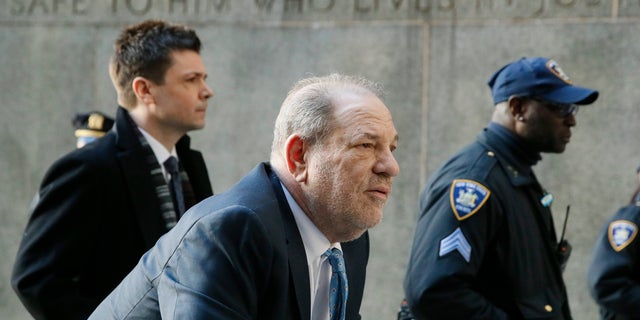 Between his conviction and his move to the upstate prison, Weinstein split time between a cell at Rikers and a room at Bellevue Hospital.

He left court in an ambulance after the guilty verdict was made in February and detoured to Bellevue, complaining of chest pains and high blood pressure. He later had a stent inserted to unblock an artery. After his March 11 sentencing, he returned to the hospital with more chest pains.

In addition to heart issues, Weinstein’s lawyers have said he is also dealing with the ramifications of unsuccessful back surgery stemming from a car crash last summer and a condition that requires shots in his eyes so he does not go blind.

Fox News’ Jessica Napoli and the Associated Press contributed to this report.

Up to 10 percent of recovered coronavirus patients test positive again,...