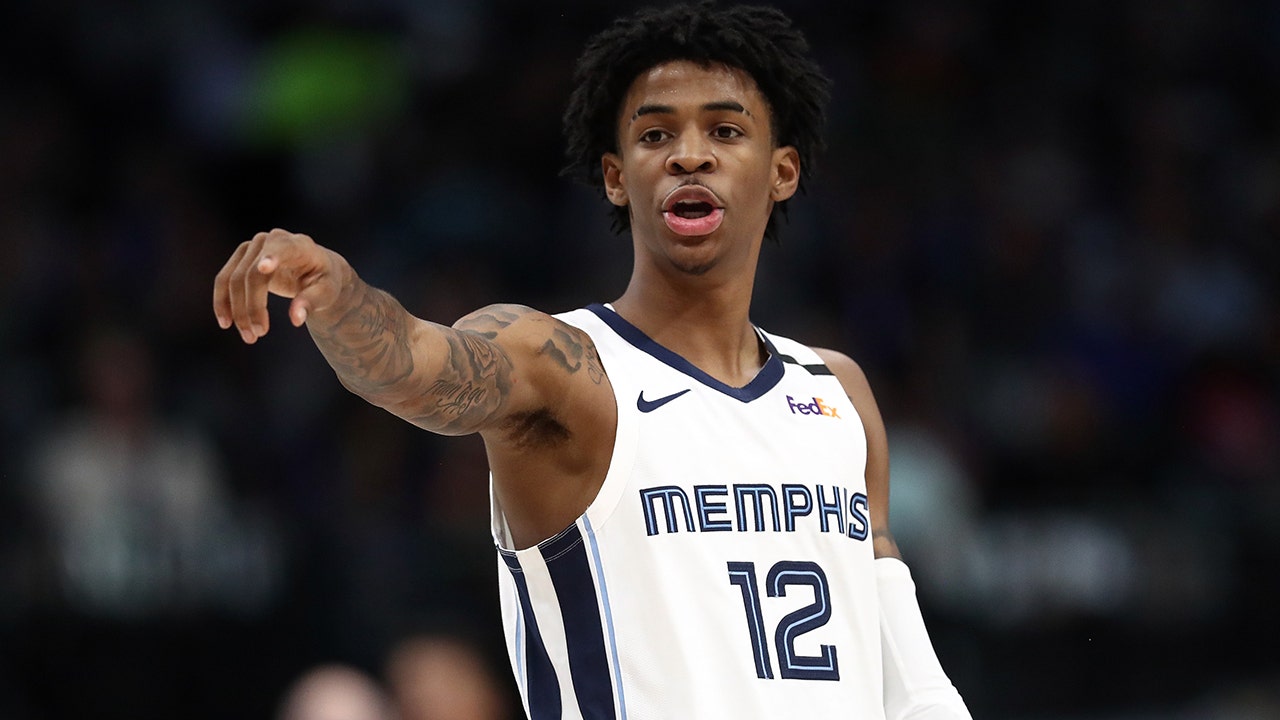 Ja Morant may have thought that the NBA Rookie of the Year award was the best honor he could have gotten in his first year in the league, but he was sadly mistaken.

The Memphis Grizzlies star had a giraffe calf named after him on Thursday. The Memphis Zoo came up with the punny name – Ja Raffe.

KNICKS INTERESTED IN GORDON HAYWARD AFTER $34 MILLION OPT OUT

“Memphis Zoo is thrilled to announce a new addition to its reticulated giraffe herd and his name is a nod to one of Memphis’ beloved athletes. Parents Niklas and Angela Kate welcomed a baby boy on November 10th. To celebrate Ja Morant winning NBA Rookie of the year, Memphis Zoo will name the calf Ja Raffe,” the Zoo announced in a press release.

The zoo said that with the addition of Ja Raffe, it is now up to seven giraffes in the herd.

“This birth is also exciting because it will be the first time the calf’s sister, 18-month-old Ally will be meeting a new baby. If you see the calf on exhibit, he will most likely be resting or you will see him coming and going from the barn. The calf’s birth is part of a Species Survival Plan. Species Survival Plans manage the breeding of a species to maintain a healthy and self-sustaining population that is both genetically diverse and demographically stable,” the zoo added.

NBA ROOKIES HAVE HARD TIME DECIPHERING EVERYDAY 1990S ITEMS: ‘I NEVER SEEN THAT IN MY LIFE’

He added: “’Ja’raffe was born a legend.”

Morant had a phenomenal rookie season. He averaged 17.8 points, 3.9 rebounds and 7.3 assists and nearly led the Grizzlies to their first playoff appearance since 2017. He’s definitely an emerging star and will be among the faces of the NBA in a few years.

Will AstraZeneca-Oxford's coronavirus vaccine protect you from disease?