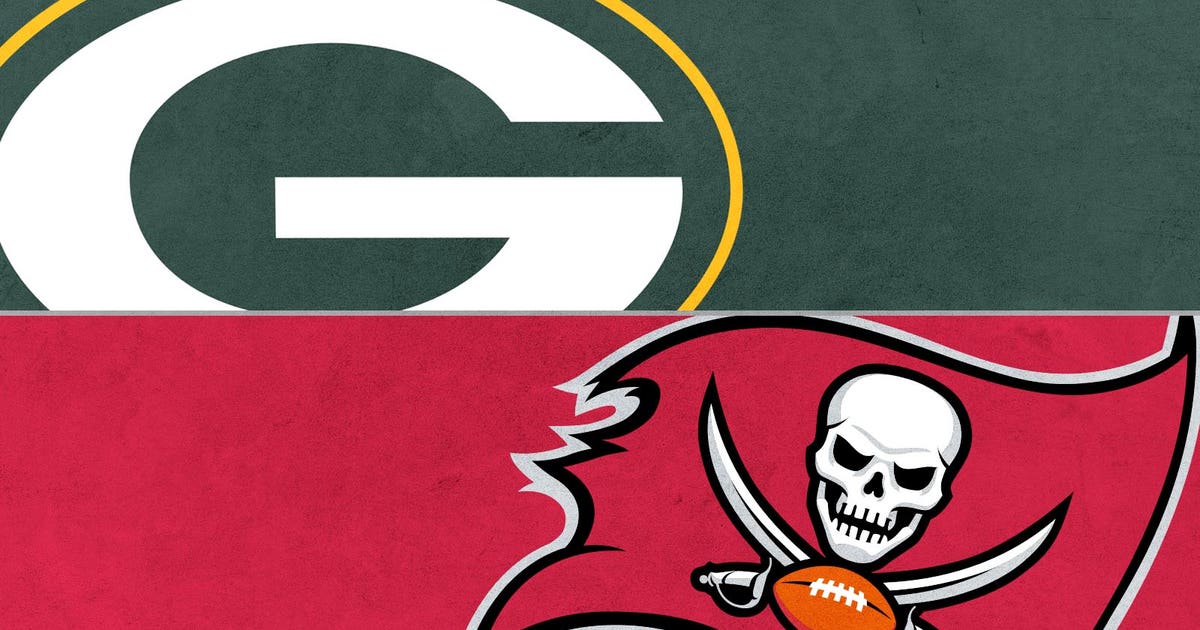 After a week off the Green Bay Packers are back with a marquee Sunday matchup against Tom Brady and the Tampa Bay Buccaneers (yes, it still does sound weird to say that).

Does Brady still have enough magic in that right arm to help Tampa Bay hand the Packers their first loss of the season?

The prognosticators are mixed. Green Bay is rolling, and many don’t see that ending down in Florida on Sunday. Still, others believe in a guy who doesn’t know what down it is in a crucial situation at the end of the game.

Can Green Bay advance to 5-0? Here’s this week’s Packers predictions from around the web:

Sam Farmer of the Los Angeles Times: Packers 24, Buccaneers 22. “This isn’t a bad matchup for the Buccaneers, but they’re really going to miss Vita Vea from the middle of the defensive front. Aaron Jones could be particularly effective for the Packers.”

Pete Prisco of CBSSports.com: Packers 34, Buccaneers 30. “This is Aaron Rodgers vs. Tom Brady. It doesn’t get any better than that — even at their advanced ages. The Packers are coming off a bye, while the Bucs played last Thursday. The Packers are really rolling on offense, which is why I think Rodgers will get the best of this one. The Packers will stay undefeated.”

NFL.com’s Gregg Rosenthal: Buccaneers 30, Packers 27. “The Bucs could use a more consistent pass rush from Shaquil Barrett and Jason Pierre-Paul, but this is still easily the toughest matchup for the streaking Packers offense this season because of Tampa’s physical play in the secondary. It may also be the easiest matchup Brady’s faced. The Packers’ defense is quietly 29th in efficiency, still allergic to stopping the run just like every Mike Pettine Packers defense. Don’t be surprised if Ronald Jones and the Bucs’ offensive line steal the spotlight in an upset.”

Will Brinson of CBSSports.com: Buccaneers 28, Packers 24. “Outstanding late game between Aaron Rodgers and Tom Brady. The Packers are probably the better team here, but this is sort of a desperation game for the Buccaneers, who would fall to 3-3 after losing to the Bears last week. The Packers are off a bye but the Bucs get 10 days rest too. I am very interested to see how the Tampa run defense responds to the loss of Vita Vea. One of the best run defenders in the NFL just a few years into his career, losing him could unlock Aaron Jones in a big way. I’ll regret this pick if it’s that problematic, but I tend to think Brady — who caught a backhanded insult from Jamaal Williams this week —  will come out guns blazing for this matchup and take care of business at home.”

John Breech of CBSSports.com: Packers 34, Buccaneers 31. “I think we’re going to see a shootout on Sunday and after the game, hopefully Roger Goodell will finally write me back to let me know that Rodgers vs. Brady will be on the schedule every season going forward until Brady finally retires. Brady will probably be on board with the idea since he’s probably going to want revenge after losing on Sunday. “

Vinnie Iyer of the Sporting News: Buccaneers 34, Packers 27. “The Packers have a bye to prepare for this big NFC test while the Bucs are coming off a long week, having lost at the Bears last Thursday night. Green Bay has been doing whatever it wants offensively with Aaron Rodgers and Aaron Jones, but this is a road challenge against a good run defense and pass rush. Tampa Bay’s offense should get Chris Godwin back to help Tom Brady and Mike Evans in the passing game, and it already is running the ball well. Rodgers fill face more resistance than Brady with his limited weapons, while the Bucs have an explosive breakthrough to upend an undefeated contender.”

Bill Bender of the Sporting News: Packers 33, Buccaneers 31. “The marquee showdown features Aaron Rodgers and Tom Brady. The Packers are coming off the bye week, and the Buccaneers had extra rest after the ‘Thursday Night Football’ loss to the Bears. This is another prove-it game for Brady, and the Buccaneers will lead for three quarters before Rodgers leads a fourth-quarter comeback. You can flip the script and take Tampa Bay if you want. Either way, the game lives up to the hype.”

Jordan Dajani of CBSSports.com: Packers 28, Buccaneers 24. “If I had to predict exactly how this game is going to go on Sunday night, I would say that the Saints jump out to an early lead before Aaron Rodgers leads a big comeback in the second half.”

Josh Schrock of NBC Sports Bay Area: Buccaneers 31, Packers 30. “Aaron Rodgers vs. Tom Brady in what could be an NFC Championship Game preview? Sign me up. The Packers are rolling, and the Bucs are thin on weapons. Chris Godwin and Mike Evans were limited in practice Thursday. But something tells me Brady will be fired up after his mental lapse on fourth down against the Bears. Give me the GOAT.”

Five of six analysts at SI.com are taking the Packers with Gary Gramling the lone person to pick the Bucs.

All seven USA Today writers pick the Packers to win.

Two of the three writers at Athlon Sports think the Packers will win.

The 10 SB Nation writers are split, with five each picking the Packers and Bucs.