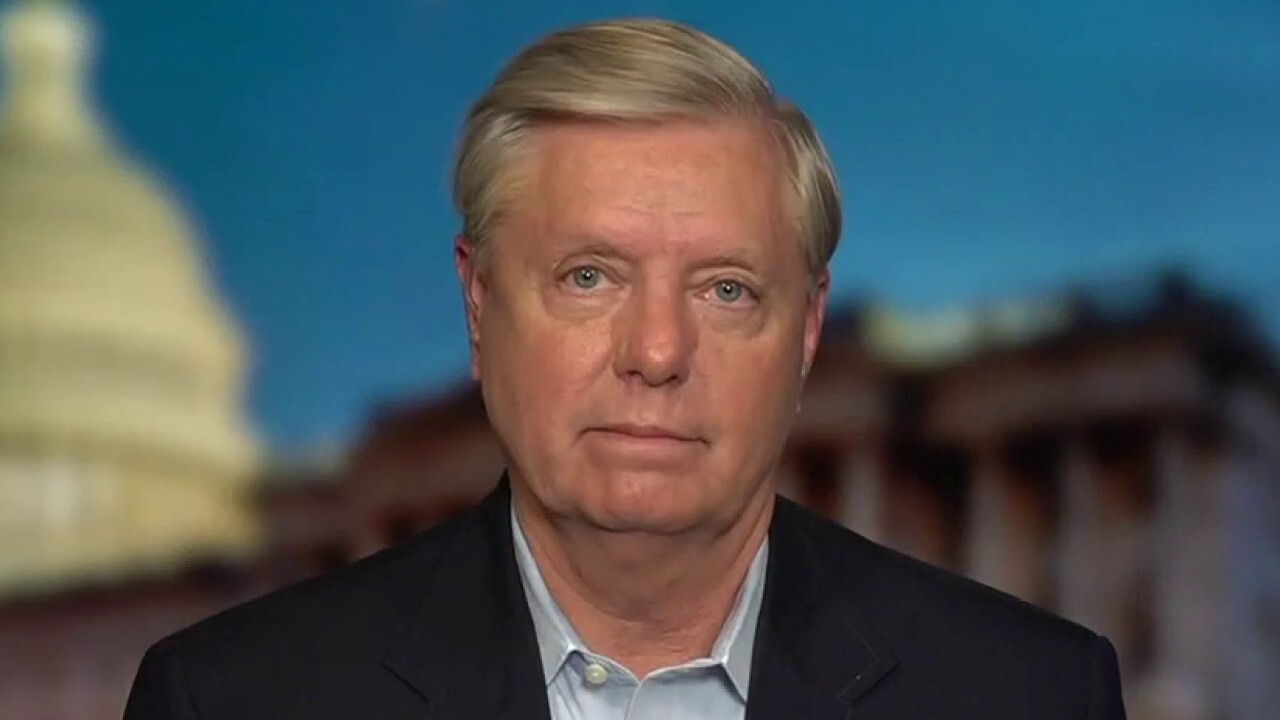 Judge Amy Coney Barrett “proved to the country and any fair-minded person she is qualified” to sit on the Supreme Court, Senate Judiciary Committee Chairman Lindsey Graham, R-S.C., told “The Story” Thursday night.

The fourth and final day of testimony began with two hours of partisan conflict before anyone even took the stand, but concluded with a friendly embrace between Graham and committee ranking member Dianne Feinstein, D-Calif.

“She is going to vote against the nominee,” Graham said of Feinstein. “She has opposed the process at every turn. But I respect her [and] she respects me.”

Feinstein went so far as to publically thank Graham for his leadership of the proceedings as the hearing drew to a close, saying: “This has been one of the best Senate hearings that I’ve participated in, and I want to thank you for your fairness and the opportunity of going back and forth.

GRAHAM, FEINSTEIN HUG IT OUT AT CONCLUSION OF BARRETT HEARING

“It leaves one with a lot of hopes, a lot of questions, and even some ideas of good bipartisan legislation we could put together to make this great country even better,” Feinstein added.

Graham noted that Feinstein’s kind words to him had drawn drew criticism from liberal activists “in charge of the Democratic Party.

“In their world, you can’t even have mutual respect, it’s mutual destruction,” he added.

“I hope people understand the folks pushing the Democratic Party object to Senator Feinstein saying something nice about me. God help us all if they get in control of our government.”

Addressing his Democratic colleagues directly Thursday night, Graham declared,  “I respect you, I want to work with you, but you tried to destroy Judge Kavanaugh’s life. I don’t need any lectures from Democrats on this committee about fair.

“I would love to do it differently,” the chairman added. “When it was my turn to be where you are at I voted for [Justice Sonia] Sotomayor and [Justice Elena] Kagan and how do we get repaid? You tried to destroy Kavanaugh.

Fortunately, Graham told MacCallum, “there was no Kavanaugh-like attack on Judge Barrett. I think they learned their lesson and I hope this sets the tone for the future.”

When asked whether he anticipates a Kavanaugh-like bombshell to drop at this stage of the confirmation process, Graham said: “I don’t know, but after the Kavanaugh experience, I don’t sleep well at night. I sleep with one eye open. There are groups out there who are attacking Senator Feinstein for showing common courtesy. Only God knows what they would do.”

Stephen Colbert cries as Dolly Parton sings on 'The Late Show': ‘I’m under a lot of stress right now’

Air Quality Alert issued October 21 at 9:11AM MDT by NWS

The Margin: ‘Total failure of our education system’ — The far...

Barrett meets with senators ahead of committee vote on Supreme Court...