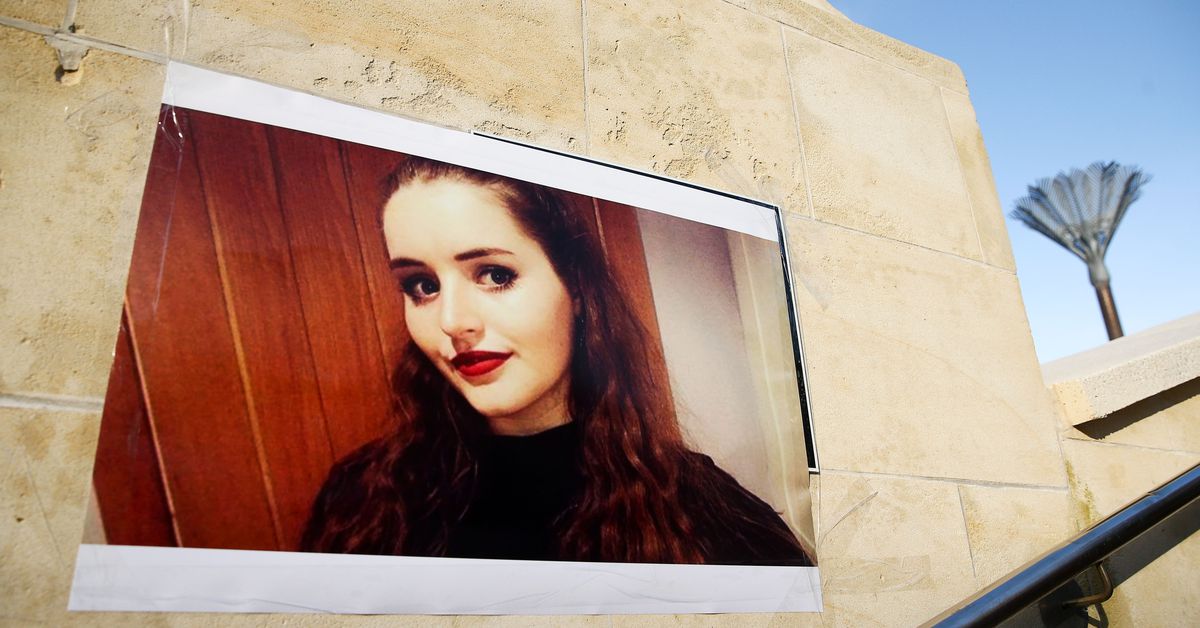 Grace Millane was 21 years old when she was fatally strangled, stuffed into a suitcase, and buried in an area west of Auckland, New Zealand, in December 2018.

Those facts are not in dispute, the Guardian reports. But the man accused of killing her, who has not been publicly named, said in his trial that she died accidentally during “violent sex.” And so media outlets in the US and UK have chosen to focus on the particulars of her sexuality rather than the circumstances of her death.

Millane, a British woman backpacking in New Zealand, was killed on December 1, 2018, according to the Guardian. The accused is a 27-year-old New Zealand man who met her on a Tinder date.

His defense lawyers have said that Millane died accidentally after asking the man to choke her during sex, and that the man then “panicked,” causing him to conceal and bury her body.

But prosecutors say that accidental death by strangulation during sex is rare, and that it would have taken “sustained effort and strength” to kill Millane. Meanwhile, they say, the man did not seem panicked after her death, but instead “was cool, calm, in control” as he bought a suitcase to dispose of her body, and even set up another Tinder date while her corpse was still in his room.

Moreover, the prosecution notes, killing someone with “reckless intent” is grounds for a murder conviction in New Zealand, even if the death is not intentional.

“The defendant was causing harm that was likely to cause death,” Dickey told the jury, which is slated to begin deliberating on Friday. “You kill somebody by conscious risk-taking, in this country, that is murder.”

To some degree, it’s no surprise that defense lawyers would bring up Millane’s sexual history at the trial. Though some laws in the US limit the practice, it remains common for defense attorneys to discuss victims’ pasts in sex crimes trials as a way of discrediting their accounts. In this case, the crime alleged is murder, but attorneys for the accused clearly want to argue that what happened on December 1 was part of a pattern for the victim, not an act of cold-blooded killing.

Defense attorneys routinely employ myths about rape to get juries on their side, politics professor Caroline Heldman wrote at Vox in 2017. These myths include “the idea that people provoke rape through their actions, that you can tell if someone has been raped by the way they act afterward, that women commonly make false rape reports to seek revenge, and that waiting to report a rape means it didn’t happen.”

These myths are not supported by evidence, and when defense attorneys and others endorse them, it can discourage survivors from coming forward, Heldman writes.

Still, it’s reasonable for media outlets to cover the defense’s strategy in the case of Millane’s death. But the way they cover it matters. As Jenn Selby writes at Refinery29, some publications’ headlines and framing suggested that the narrative of Millane’s death as “sex act gone wrong” was fact, rather than an argument the defense was trying to make. Meanwhile, journalist Ione Wells noted on Twitter that many media outlets were leading with the defense’s argument without giving equal prominence to the prosecution.

And even if their headlines included a nod to the fact that the “sex act gone wrong” angle was just something the defense was claiming, that message may not have been clear to ordinary readers, Wells said. “A lot of the public don’t know that ‘a court hears’ here means *from the defence* — and could easily read these lines as if they were objective fact. None of these headlines have attribution,” she wrote.

A lot of reports on Grace Millane have decided to report the defence today without referencing the prosecution.

Here’s a reminder of how to report cases like this: https://t.co/1oxwBpfOjo

Here’s a reminder of what the prosecution said – inc the photos he took of her dead body: pic.twitter.com/qyCD7HnjJM

While the attention to Millane’s sexual past may reflect a cultural tendency toward victim-blaming, it’s also a strategy by media outlets to drive clicks by focusing on sex. Similar forces were likely at work in coverage last month of allegations that Rep. Katie Hill had inappropriate relationships with staffers. In that case, many headlines focused less on the potential for professional misconduct and more on the allegation that Hill and her husband were in a “throuple” with another woman.

The focus on the defense’s arguments is doubly questionable given that the accused’s past may actually be more relevant to the case than Millane’s. One previous partner of the accused told the court that she was “terrified” when he sat on her face and smothered her, according to the Guardian. And several women he met through Tinder said they cut off contact with him because he made them uncomfortable. Yet it’s Millane whose alleged sexuality has been the subject of countless headlines, often paired with photographs of her smiling face.

The coverage of Millane’s death is reminiscent of the treatment of many female crime victims before her. Survivors of sexual assault, for instance, are often blamed and smeared by defense teams and the media. At Bill Cosby’s sexual assault trial last year, defense attorneys said that Andrea Constand, who said that the comedian drugged and assaulted her, was a “so-called victim” who wanted his money. Later in 2018, when Christine Blasey Ford came forward to say that Brett Kavanaugh, then a nominee to the Supreme Court, had sexually assaulted her, right-wing media outlets dug (or attempted to dig) into her past.

One, Real Clear Investigations, reported that according to an anonymous source, yearbooks from Ford’s high school “feature a photo of an underage Ford attending at least one party, alongside a caption boasting of girls passing out from binge drinking.” The yearbooks “also openly reference sexually promiscuous behavior by the girls,” the site reported.

Meanwhile, the right-wing site Gateway Pundit published a story titled “Kavanaugh Accuser Is Unhinged Liberal Professor who Former Students Describe as Dark, Mad, Scary and Troubled.” The story was based on online reviews left by students of a different Christine Ford.

Nor are female murder victims safe from this kind of digging. The effect is even more pronounced when the victims — unlike Millane, who was white — are trans women of color. After 18-year-old Jaquarrius Holland was fatally shot in 2017, Chagmion Antoine wrote at the Women’s Media Center that to many Americans, women like Holland “are seen not as innocent victims but as predators.” She quotes a commenter on the blog New Now Next, who says, “it sounds like these trannies were prostitutes who deceived straight male clients into thinking they were women.” And, Antoine notes, comedian Dave Chappelle has also echoed damaging narratives about trans women “tricking” men.

Since Millane was white, her story was bound to get more attention than the stories of many missing or murdered girls and women of color. But her family is still confronted with media coverage that treats her private sexual history as though it somehow justifies her death. It’s a reminder that when girls and women are victims of crimes, they’re often victimized yet again by the justice system that’s meant to protect them, and by the people tasked with telling their stories.