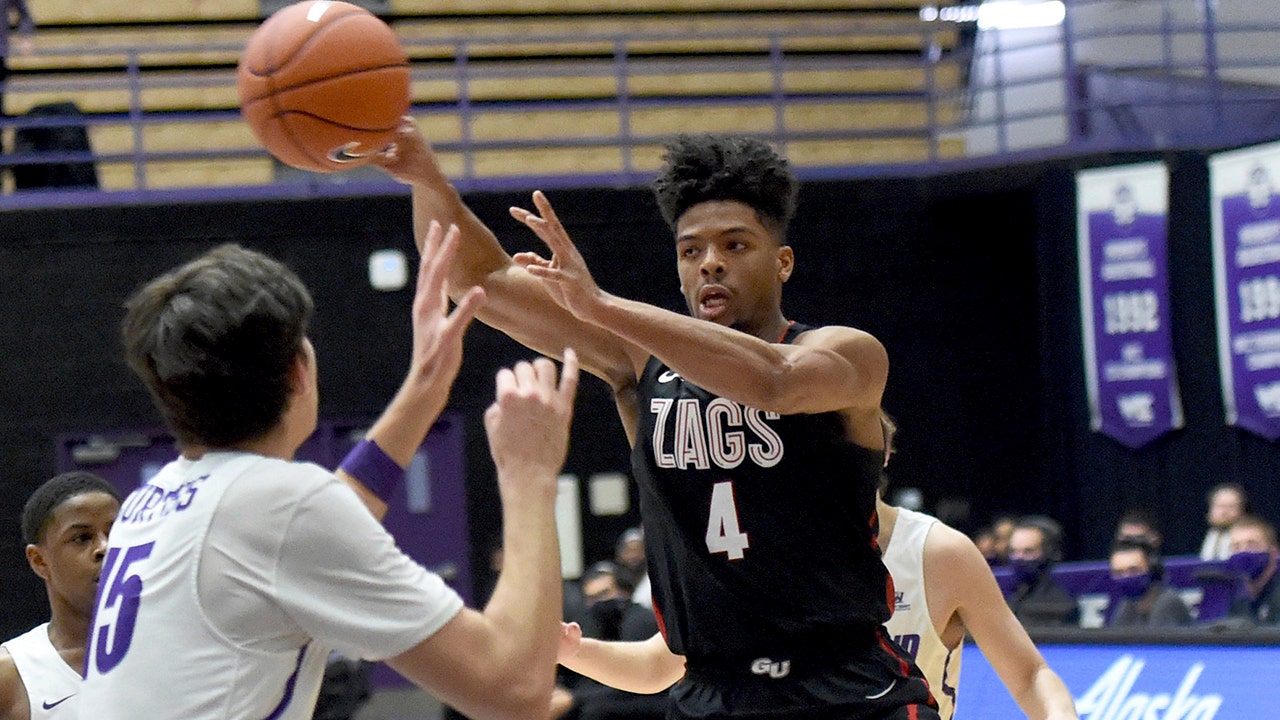 Gonzaga and Baylor were the top two teams in The Associated Press preseason men’s college basketball poll. After eight weeks of twists and turns, that hasn’t changed.

The Zags received 63 of 64 first-place votes from a national media panel in the poll released Monday and the Bears had the other one. Villanova, Texas and Iowa rounded out a top 5 that remained the same from last week.

Gonzaga and Baylor split most of the first-place votes in the preseason AP Top 25, but the Zags have become the clear-cut No. 1 after stringing together a series of routs.

The Zags continued the rout route last week, beating BYU 86-69 and Portland 116-88. Joel Ayayi had the first triple-double in school history against Portland, finishing with 12 points, 14 assists and 13 rebounds.

Gonzaga, which had five games canceled due to COVID-19 issues last month, has won 16 straight dating to last season.

“They come at you in waves and multiple guys that can dribble and push out,” Portland coach Terry Porter said.

Baylor (11-0) also has yet to be seriously tested.

The Bears’ closest game was an 11-point victory over Iowa State on Jan. 2 and they won two lopsided games last week, beating Oklahoma 76-61 and TCU 67-49.

The win over Oklahoma was coach Scott Drew’s 372nd, one more than his father, former Valparaiso coach Homer Drew.

“He’s a coach, he knows who deserves the credit, and that’s the players and the staff, administration,” Scott Drew said after a congratulatory video message from his father was played after the game. “Head coaches get to benefit from that.”

Dan Hurley was hired in 2018 to try rebuilding a UConn program that had fallen from the elite. The Huskies reached the national championship game in 2014 but went to the NCAA Tournament only one more time before Hurley was lured from Rhode Island.

UConn won 19 games before the remainder of last season was canceled due to the coronavirus pandemic and the Huskies reached a milestone in this week’s poll, entering at No. 25.

It’s UConn’s first appearance in the AP Top 25 since reaching No. 18 in 2016-17. The Huskies (6-1) have had five games canceled or postponed because of COVID-19 issues but have played well when they’ve been on the court.

UConn’s only loss was in overtime to Creighton last month and the Huskies beat Butler and Marquette last week.

Clemson climbed seven spots to No. 12 this week after returning to the poll a week ago. The Tigers beat North Carolina State by four last week.

No. 23 Minnesota lost seven spots after losing to No. 7 Michigan and No. 5 Iowa last week. No. 22 Oregon dropped five places following a loss to Colorado and a win over Utah.

Louisville is back in the rankings at No. 16 after beating Virginia Tech. The Cardinals were not ranked the previous three weeks after reaching No. 23 on Dec. 14.

No. 21 Ohio State returned to the poll after a one-week absence following a win over Rutgers. The Scarlett Knights dropped out from No. 15 following a three-game losing streak.

Michigan State dropped out from No. 23 after losing to Purdue, and Florida State is out from No. 25 following three straight postponements.