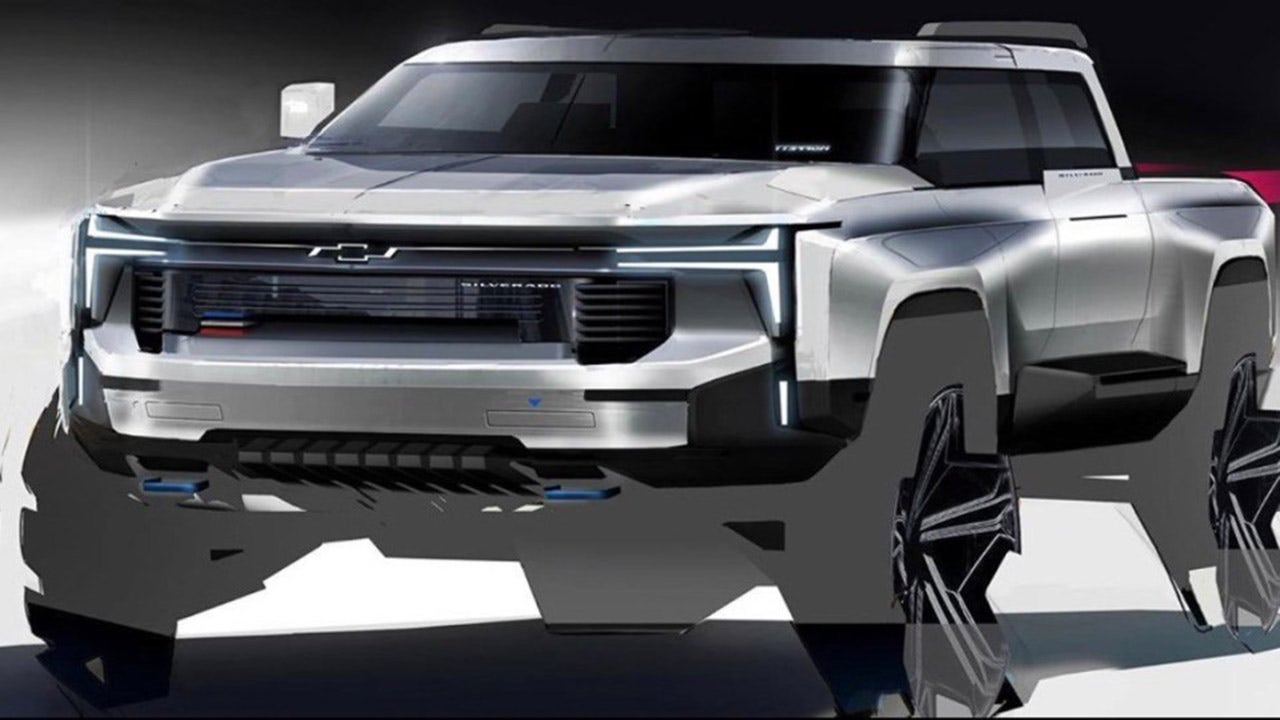 Hey, who parked that there?

General Motors did a soft reveal of its upcoming GMC Hummer EV SUV during the Barclays Automotive Conference on Thursday, where the company announced an acceleration of its electric vehicle plans that includes an investment of $27 million to bring 30 new zero-emissions cars to market by 2025.

An image of the Hummer parked on stage behind the speakers was captured by InsideEVs.com. It appears to be nearly identical to the pickup version that was revealed in October and is set to go on sale by the end of 2021, just with an enclosed rear cabin in place of a bed.

GM hasn’t confirmed when the SUV will be available, but it will follow the pickup, which is launching with a 1,000-hp model priced at $112,595.

And that wasn’t the only upcoming electric truck to make a debut. What appeared to be the previously announced Chevrolet pickup that will share the Hummer’s platform was spotted by Electrek, and GM confirmed that’s what it was. The vehicle couldn’t be seen in its entirety, but features a dramatically chiseled look not unlike the Hummer’s that may have been previewed in a conceptual design the company recently posted on Instagram.

GM also said at the conference that the Ultium battery technology it is developing for its vehicles is turning out to be better than expected. Models that were expected to have a range of 400 miles per charge, like the Chevy pickup, are now projected to be able to cover 450 miles.