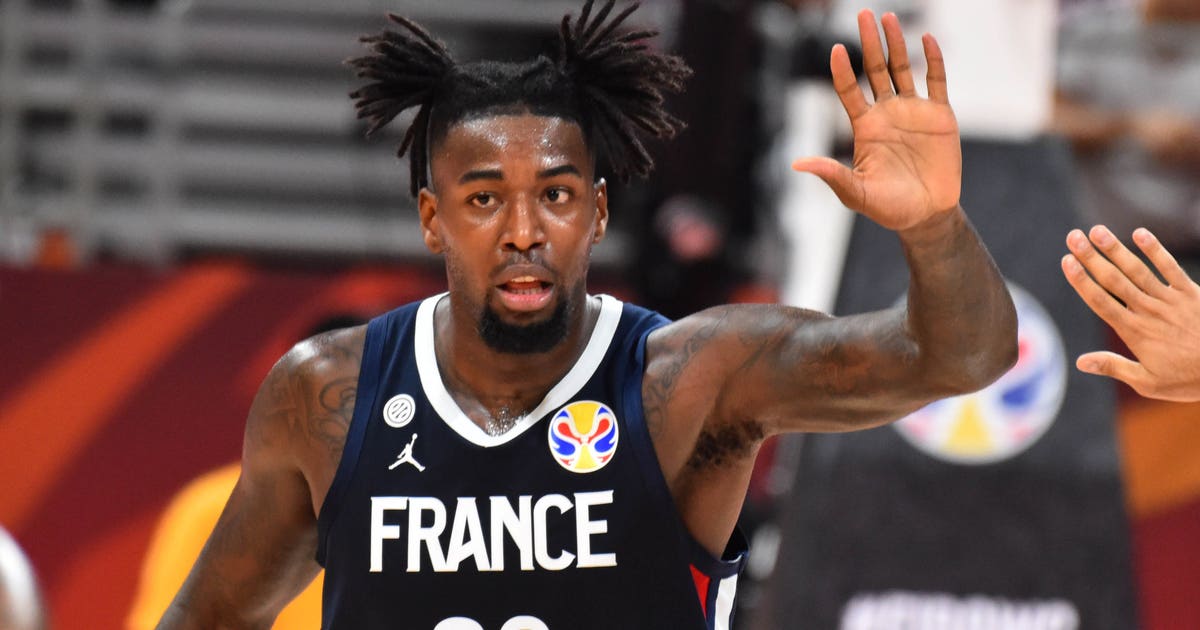 The Minnesota Timberwolves made one of their draft-day trades official late Thursday night, sending away the No. 33 overall selection to Oklahoma City for a 2023 second-round pick … and Mathias Lessort.

The question most fans are probably asking is … who?

We’re here to help because we had the same reaction. So, here’s a little more information on the new Timberwolves forward.

— Lessort, who measures in at 6-foot-9, 250 pounds, is a native of Martinique, an island in the French Caribbean. There has been one other player to make the NBA from Martinique – Ronny Turiaf. “I had a good chance to talk with him, play with him, do some camps with him,” said Lessort back in 2016. “He’s one of the guys who pushed me. … He’s really an example for us. All the young guys, when they say ‘NBA’ they think about him from my island because he make it to the NBA. He’s the only one. I want to be the next one.”

— He stated playing basketball when he was 5 years old.

— Reportedly received some interest from colleges, such as Gonzaga (where Turiaf attended), but chose to stay in Europe and play professionally.

— Lessort, along with family and friends, flew to New York for the 2017 draft. He sat in the stands, though, not the green room. Nevertheless, he was nattily attired.

— Philadelphia selected Lessort with the No. 50 overall selection in the draft. He played in three Summer League games for the 76ers, averaging 2.3 points and 4.7 rebounds over 12.0 minutes per game.

— Lessort returned to Europe and has since played for KK Crvena Zvezda, Unicaja Malaga and Bayern Munich. The latter released him from his contract this past summer.

— Was a member of the French team which won a bronze medal at the World Cup in China in 2019.

— In July 2019, Lessort was dealt by the 76ers to the Los Angeles Clippers as part of a four-team trade which netted Miami Jimmy Butler.

— In September, Lessort signed with AS Monaco Basket, where in nine games he is averaging 11.9 points, 6.3 rebounds and 2.2 blocks in 22.5 minutes.

— He is on Twitter – and much of his feed is in English!

LeAnn Rimes recalls how depression & anxiety battle led to her...

Vettel has 'zero tolerance' for crane mistake in Turkey

Will Juventus lose Serie A title race to Milan or Inter?