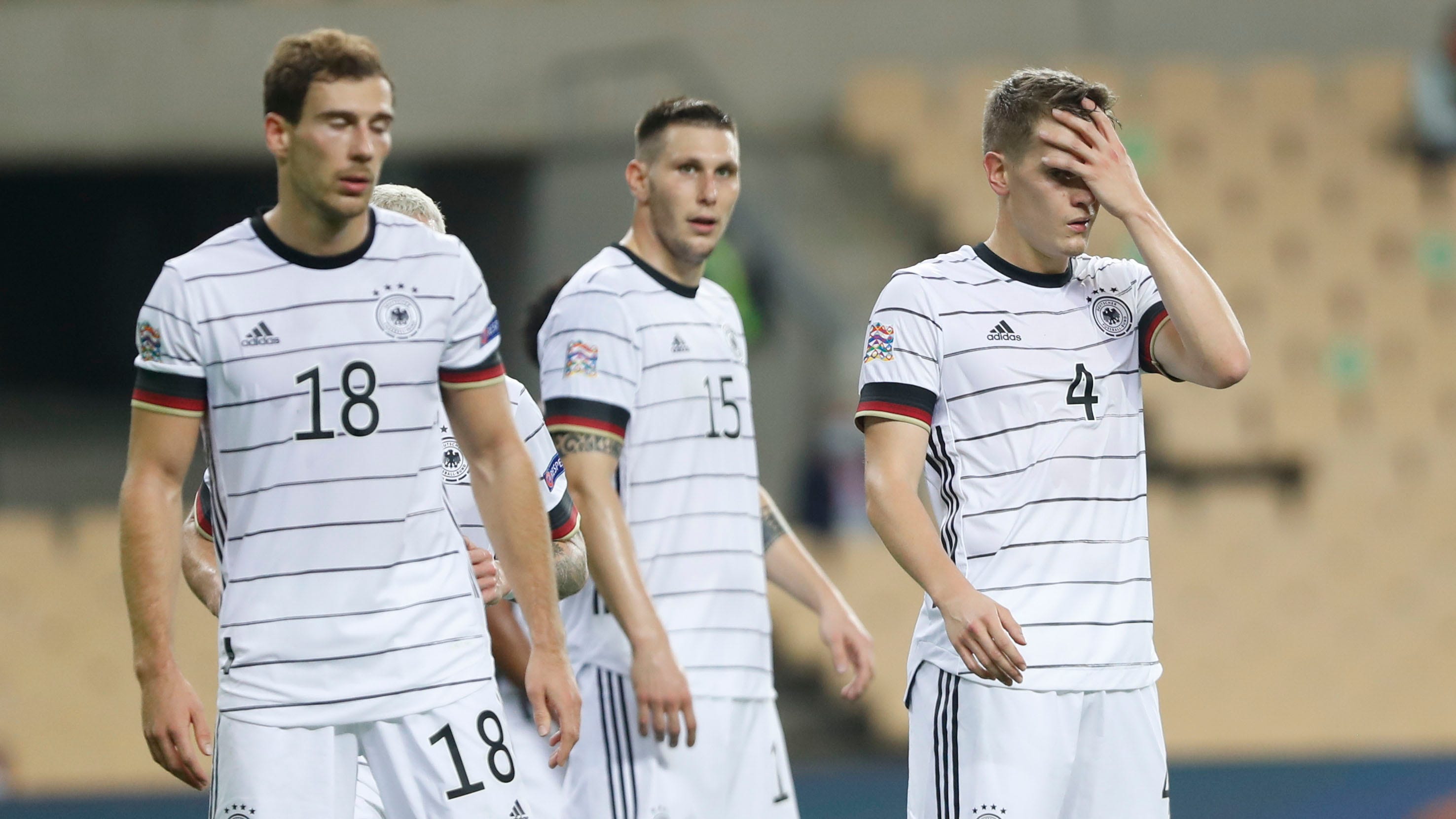 Germany’s 6-0 thrashing had been coming for some time.

The team coached by Joachim Löw has been in decline since losing to France in the European Champions semifinals in 2016, and the slide arguably started before that, after the World Cup win in 2014.

Löw was supposed to reinvigorate the squad with fresh young talent after Germany’s woeful World Cup showing in 2018. The defending champions were eliminated early after losing to Mexico and South Korea in the group stage.

Löw promised a shakeup. Mesut Özil retired from the squad amid the fallout for the debacle, and Löw cut short the international careers of stalwarts like Thomas Müller, Mats Hummels and Jérôme Boateng.

Their replacements have not lived up to expectations, and former players like Bastian Schweinsteiger and Lothar Matthäus have been calling for the Bayern Munich trio’s return.

The humiliating 6-0 loss to Spain in the Nations League on Tuesday was the biggest for a German team since a 6-0 thrashing against Austria in a friendly in Berlin in 1931. Only England has ever won by more, 9-0 in a friendly in Oxford in November 1909.

“Now we know where we are,” Germany forward Serge Gnabry said after Tuesday’s match in Seville.

The warning signs were there before. Germany had produced one uninspiring performance after another this year in labored wins over Ukraine and the Czech Republic, while conceding late equalizers in draws against Spain, Switzerland and Turkey.

GIACCHINI, SOTO SCORE 2 GOALS EACH AS US ROUTS PANAMA 6-2

A 3-3 draw against Switzerland in October offered some hope as Germany fought back from two goals down to earn a point, but the defensive frailties remained apparent.

“We thought we were a step further after the last games and this year, which has been generally difficult,” Löw said of a schedule that has been complicated by the coronavirus pandemic. “Now we’ve had to take a real setback. We’ll have to see how we deal with it among the coaching staff. Unfortunately we don’t have the option of working with the players, to train or to play a game.”

Germany played three games in October and three in November, and the team is arguably worse off now than it was before.

At no stage since Germany’s World Cup exit in 2018 has the team shown signs of progress, and there are fears now of another debacle at next year’s postponed European Championship. Germany has been drawn in a group with France, Portugal and Hungary.

There are questions about Löw’s suitability to lead the change after 189 games in charge.

“The trust in Joachim Löw is still there, absolutely,” Germany team director Oliver Bierhoff said. “Nothing’s changed with this game.”

It seems unlikely that the German soccer federation will opt for a change now. There are only seven months before Euro 2020 is scheduled to start, and Löw will only have his team together again in March for the final preparations.

“I hope we have enough time,” Bierhoff said.

Winter Weather Advisory issued November 23 at 9:15AM MST until November...

: Google’s new digital advertising tool is under the regulatory microscope...

NCAA announces tentative plan to bring all of March Madness to...