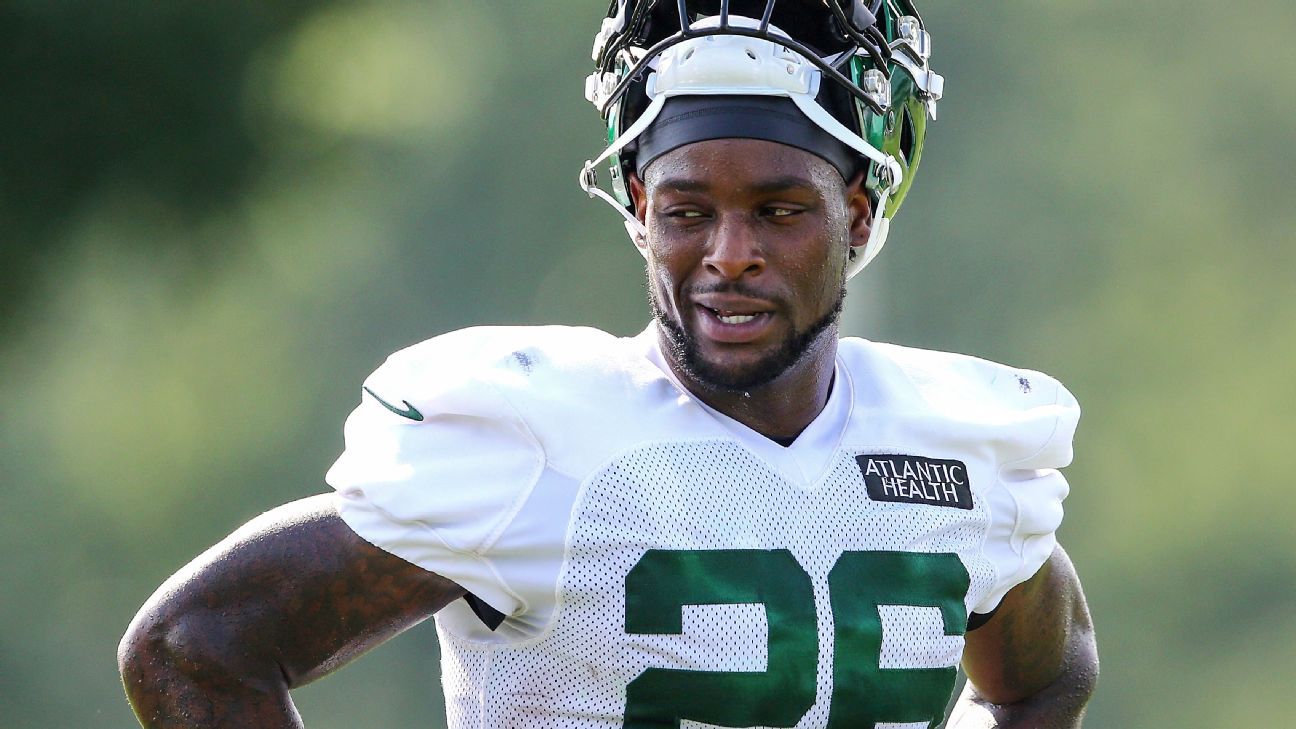 FLORHAM PARK, N.J. — One day after the stunning decision to release running back Le’Veon Bell, New York Jets coach Adam Gase showed no interest in explaining the rationale behind the controversial move.

Gase borrowed from the Bill Belichick playbook, telling reporters Wednesday, “It is what it is … Our team is moving forward to Miami.”

The usually expansive Gase stuck with short answers. Responding to the perception that he misused Bell, he said simply, “It’s irrelevant at this point.”

The Jets cut the former Pittsburgh Steelers star Tuesday night after failing to find a trade partner. Bell, 28, was set to become a free agent at 4 p.m. ET on Wednesday.

Bell was frustrated throughout his one-plus season with the Jets, a source said, and the breaking point occurred Sunday when he felt he should’ve been a bigger part of the game plan in a 30-10 loss to the Arizona Cardinals.

Gase called it “a tough decision to make, but we felt like it was the best (decision) for us.”

It was a costly decision. The Jets are on the hook for his remaining 2020 base salary, $6 million.

The Gase-Bell relationship was highly scrutinized over 19 months. It deteriorated in training camp, when Bell called out Gase on Twitter for removing him from a scrimmage because of a tight hamstring. Bell insisted he wasn’t hurt.

Bell used social media again after Sunday’s game to express his frustration, which chafed Gase, who wasn’t in favor of signing Bell in the first place. He felt the cost (four years, $52.5 million) was exorbitant.

Hailed as a franchise-changing free agent in 2019, Bell was unproductive in the Jets’ offense, fueling criticism that he wasn’t deployed properly.

Asked whether Bell still can be a productive player in the NFL, Gase said, “I’m sure he’ll get an opportunity somewhere else and we’ll see what happens.”

“It didn’t work out,” Gase said of Bell’s tenure in New York. “We’re going to focus on this game right now.”

At 0-5, with the lowest-scoring offense in the league, Gase’s job is in jeopardy.

“At the end of the day, offensively, we haven’t really done a whole bunch to really impress anybody right now,” said Gase, who decided to remain the playcaller after mulling a chance. “We have a lot of things that we have to get corrected and a lot of things we have to do better. We’ve got to coach better, we’ve got to play better. That’s really as an entire team.”

Without Bell, the Jets will lean on Frank Gore, 37, the NFL’s third all-time leading rusher, and rookie La’Mical Perine.

Perine, a fourth-round pick from Florida, saw no action on offense last week, which raised eyebrows. Gase said Perine will have a bigger role moving forward.

“Getting Perine really involved is going to be critical for us,” Gase said.

Starting wide receiver Breshad Perriman could return to the lineup after missing three games with a sprained ankle. With quarterback Sam Darnold still recovering from a sprained right shoulder, Joe Flacco will start for the second straight week.