Apple’s main iPhone production partner, Foxconn, is slowly restarting production that had been halted in China over the coronavirus outbreak.

The manufacturing giant, which closed nearly all its factories in response to the outbreak, is taking a major step to reassure workers: It has hired Zhong Nanshan, the scientist leading China’s investigation in the coronavirus outbreak, as an adviser. Foxconn has also reportedly offered new employees up to $1,000 to come to work.

Zhong will act as a consultant to Foxconn for prevention and rehabilitation, in addition to serving as the leader of China’s National Health Commission investigation.

In China, Zhong is sometimes called the “SARS hero” because of his work during the SARS outbreak in the early 2000s. He is credited with discovering severe acute respiratory syndrome and figuring out how to treat it.

Foxconn’s primary facilities are in China, where the majority of Apple’s products are manufactured and where the coronavirus has had the greatest impact. The company announced at the beginning of the month it would close all its mainland China plants, and though it initially said it would reopen factories on February 10, it has extended that timeline. Sources at the company told Reuters it hoped to resume half-production by the end of the month. 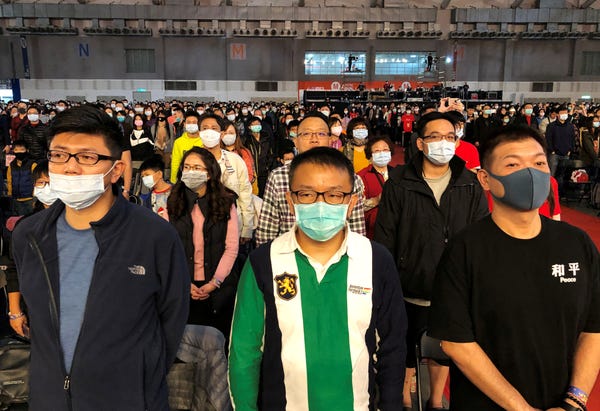 Thus far, the coronavirus outbreak has infected more than 81,000 people and has reached every continent except Antarctica; over 2,700 have died from the virus, primarily in mainland China.

As a result, major Chinese businesses have either shut down or diverted resources to fighting the outbreak. Foxconn, in addition to halting production, had shifted facilities to manufacturing medical face masks and clothing.

Apple recently announced that its production of iPhones would be affected by the shutdowns in Chinese manufacturing, and it warned investors that quarterly revenue would most likely be down as a result.