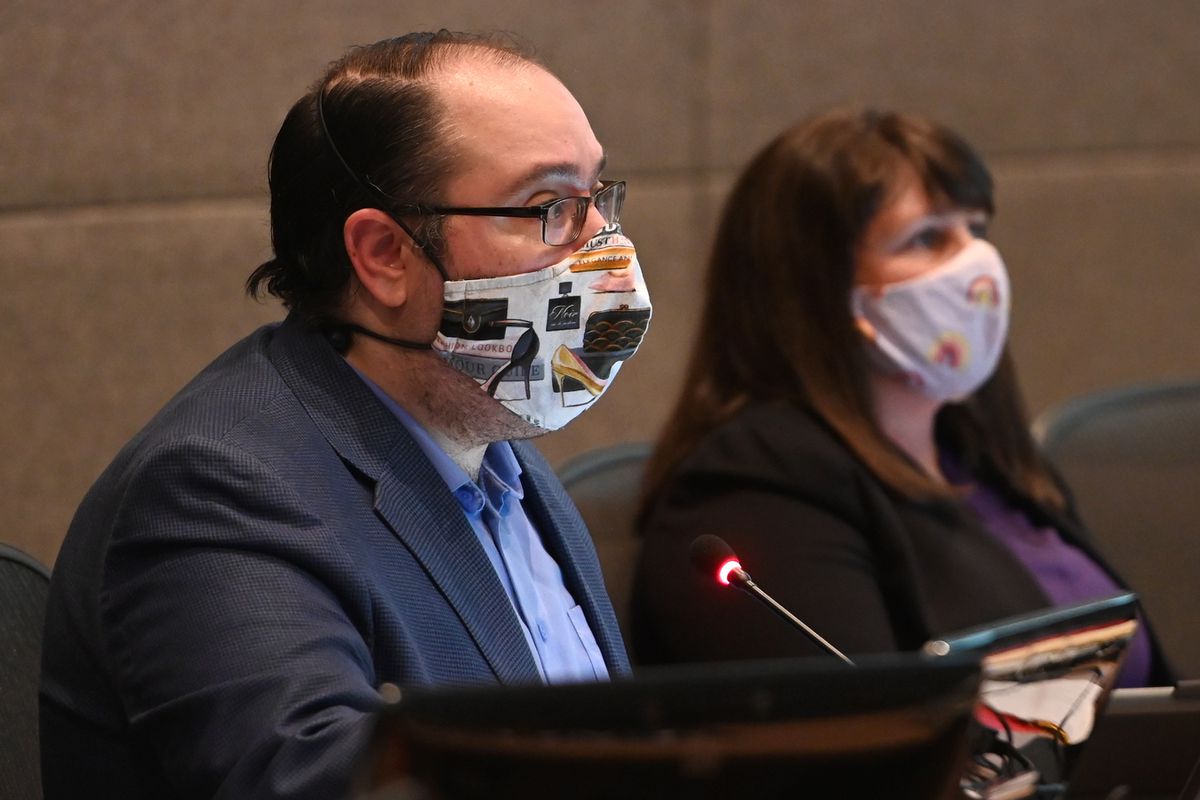 We’re making this important information about the pandemic available without a subscription as a public service. But we depend on reader support to do this work. Please consider joining others in supporting independent journalism in Alaska for just $3.23 a week.

It is the fifth time that the Assembly has extended the emergency declaration, which gives the mayor special powers to enact emergency orders and take other actions to address the coronavirus pandemic.

“How can we possibly extend emergency powers to a man that has just currently resigned?” Allard said.

The Berkowitz administration had requested that the extension run through the end of the year on Dec. 31. The coronavirus is spreading rapidly in Anchorage and around the state, and city leaders have said that the declaration is a necessary response to the public health threat.

Municipal Manager Bill Falsey said that the emergency declaration allows the municipality to act quickly in response to unanticipated conditions and challenges that arise due to the pandemic, such as supporting COVID-19 testing sites.

But a motion introduced by Assemblywoman Crystal Kennedy and approved by the body means the city is moving to phase out of the emergency status and will find other ways to address the pandemic.

A section added to the motion states that “the intent of this extension is solely to allow time to revert all processes out of current emergency status and into normal MOA management processes.”

Assemblywoman Suzanne LaFrance also made a motion to shorten the timeframe of the extension from the end of December to November.

“My concern is that we continue to roll forward the emergency orders rather than take the next step, which is to figure out what the transition to a more permanent solution needs to be,” LaFrance said. She noted that the Assembly could enact ordinances that respond to the pandemic.

She said that she will work with the Assembly and the mayor’s administration on an ordinance that will “recognize the significant ongoing impact of COVID-19 but also deescalate the perpetual state of emergency and granted special powers.”

If the declaration of emergency had not been extended Tuesday, all current emergency orders from the mayor’s office would no longer be in effect. Emergency orders still in effect include a citywide mask mandate in public spaces and EO-14, which places capacity restrictions on bars, restaurants and breweries and restricts indoor gathering sizes.

Public hearing before any further extension of the emergency declaration will be required, according to an amendment passed by the Assembly and put forth by Assemblyman John Weddleton. Assemblywoman Meg Zaletel proposed a further amendment to the extension requiring that the public hearing take place two weeks before the declaration expires at the end of November.

The mayor’s use of emergency powers to manage the pandemic has drawn contentious public testimony at earlier Assembly meetings.

On Tuesday, a crowd again gathered in the chambers to speak against out against the extension and the mayor during tense public testimony. Assembly Chair Felix Rivera warned the crowd, which occasionally erupted into shouting, to be respectful. He said that individuals who were not respectful would be removed from the chambers.

Several people who testified asked the Assembly how it could extend the mayor’s emergency powers following his resignation. Several spoke about the negative economic impacts of the COVID-19 restrictions.

“By keeping these orders in place, you are sentencing your constituents to a sure death. People are starving, people can’t afford to pay their bills, people are really struggling right now,” said Rosa Mealey.

The mayor’s resignation will take effect on Oct. 23, and at that time the Assembly chair takes over as acting mayor. Rivera is currently chair.

The mayor’s current emergency powers would have expired this Friday and were first issued in March as the Assembly sought to take action against the growing COVID-19 pandemic.