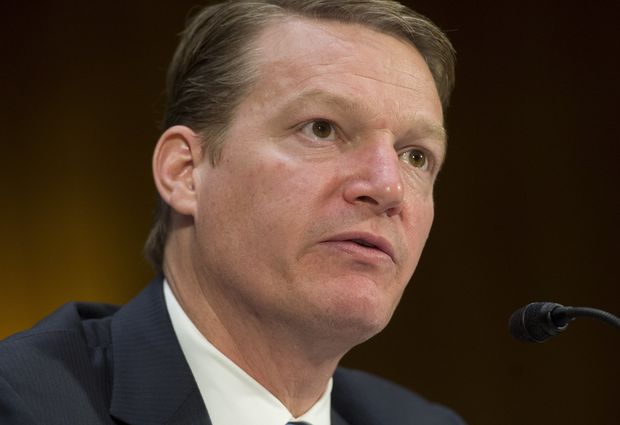 Kevin Mandia, CEO of FireEye, testifies on Capitol Hill in 2017. /

FireEye Inc. shares rallied Thursday after the cybersecurity company said it received a big capital investment from a Blackstone-led group, which it is using to help finance an acquisition of Respond Software.

FireEye FEYE, -0.07% said a group led by Blackstone BX, +1.41% and venture capital firm ClearSky made a strategic investment in the company with the purchase of $400 million in convertible preferred stock that can be converted into FireEye common stock at $18 a share.

Also on Thursday, FireEye announced it acquired Respond Software for $186 million in cash and stock. The Mountain View, Calif.-based cybersecurity-investigation automation company brings to FireEye the Respond Analyst XDR Engine, which Respond, on its website, claims “uses AI and machine learning to stitch together data from security controls eliminating the events that don’t matter and revealing the ones that do. “

The deal closed on Wednesday, FireEye said. The acquisition is FireEye’s second of the year following the purchase of Cloudvisory in January for an undisclosed sum.

FireEye said it is using proceeds from the Blackstone investment to help finance the Respond Software acquisition, as well as “to support strategic growth initiatives…as well as increased investment to accelerate the growth of the company’s cloud, platform and managed services portfolio.”

In an interview, Kevin Mandia, FireEye’s chief executive, told MarketWatch that his relationship with Blackstone goes back decades. ClearSky was founded by Jay Leek, who used to be the chief information security officer at Blackstone.

“When you look at what we are trying to do, our story, our vision really resonated with Blackstone and Jay Leek,” Mandia said.

In FireEye’s evolution from being an appliance provider to a cloud service, “we filled a hole with the respond acquisition very nicely,” Mandia said.

The XDR product will be integrated with FireEye’s Mandiant Advantage platform, the CEO said.

Back in October, FireEye reported record quarterly results on what Mandia called “an escalation of cyberattacks.”