The news comes as security measures are being stepped up ahead of Inauguration Day, with federal, state and local law enforcement agencies preparing for the possibility of more violence after rioters stormed the US Capitol last week leaving five people dead, including a Capitol Police officer.
Even as federal investigators continue to track down suspects from last week’s attack, the bulletin highlights concerns that the US Capitol siege was perhaps just the beginning of potentially violent actions from supporters of President Donald Trump who have been animated by his lies about a stolen election. 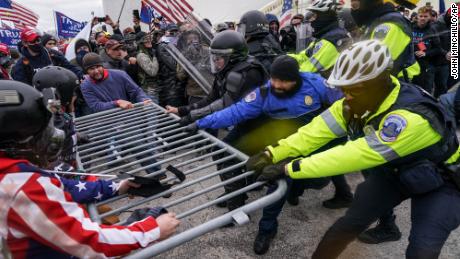 “Armed protests are being planned at all 50 state capitols from 16 January through at least 20 January, and at the US Capitol from 17 January through 20 January,” the FBI bulletin says.
It also suggests there are threats of an “uprising” if Trump is removed via the 25th Amendment before inauguration day.
“On 8 January, the FBI received information on an identified group calling for others to join them in ‘storming’ state, local and federal government courthouses and administrative buildings in the event POTUS is removed as President prior to Inauguration Day. This identified group is also planning to ‘storm’ government offices including in the District of Columbia and in every state, regardless of whether the states certified electoral votes for Biden or Trump, on 20 January,” the bulletin adds.
The FBI is also tracking reports of “various threats to harm President-Elect Biden ahead of the presidential inauguration,” the bulletin states. “Additional reports indicate threats against VP-Elect Harris and Speaker Pelosi.”
ABC News was first to report the FBI bulletin. 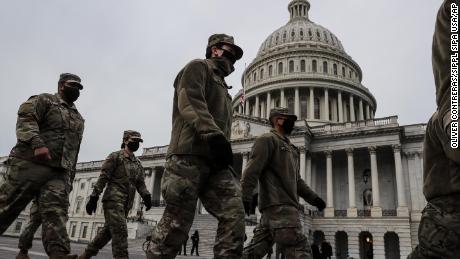 Washington Mayor Muriel Bowser on Monday urged Americans to avoid the city during Biden’s inauguration next week and to participate virtually following last week’s deadly domestic terror attack on the US Capitol.
Speaking at a news conference Monday, Bowser, a Democrat, stressed that she was concerned about more violent actors potentially coming to the city in the run-up to the inauguration, saying, “If I’m scared of anything, it’s for our democracy, because we have very extreme factions in our country that are armed and dangerous.”
“Trumpism won’t die on January 20,” said Bowser, who has asked Trump and acting Homeland Security Secretary Chad Wolf to declare a pre-disaster declaration for DC.
Bowser told CBS’s “Face the Nation” on Sunday that she will also ask the Department of Homeland Security to begin a “national special security event” timeline sooner than planned, as well as include the US Capitol in their coverage area for the inauguration.

Security preparations were further complicated when Wolf, one of the key figures coordinating the effort, resigned on Monday.
In one his last acts, Wolf said on Monday that he had instructed the US Secret Service to begin the National Special Security Event operations for Biden’s Inauguration on Wednesday, instead of January 19, the day before Biden is set to be inaugurated. 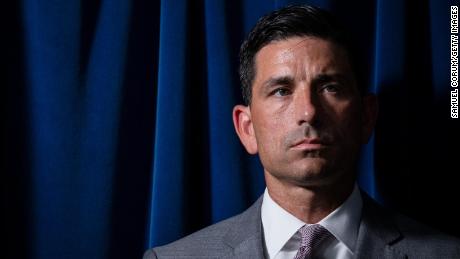 “In light of events of the past week and the evolving security landscape leading up to the inauguration and at the recommendation of Secret Service Director James Murray, I have instructed the U.S. Secret Service to begin the National Special Security Event operations for the 2021 Inauguration effective Wednesday, January 13th instead of January 19th,” Wolf said in a statement. “Our federal, state, and local partners will continue to coordinate their plans and position resources for this important event.”
Meanwhile, calls for new protests in Washington and states across the country have law enforcement bracing for more possible violence in the coming days. A Department of Homeland Security official told CNN that the breach of the Capitol will sharpen the response and planning for inauguration.
“Now that it happened people will take it much more seriously,” the official said, referring to last week’s violence. “Now, the planners, they are all going to take it much more seriously.”
Additional security personnel are expected to arrive in Washington to help with the inauguration, CNN has learned.
Law enforcement agencies in Virginia, Maryland and New Jersey that deployed to the US Capitol Wednesday to assist propel pro-Trump rioters expect to send officers to Washington, DC, for the inauguration.
The New York Police Department will also be sending 200 officers to Washington to assist with the effort, according to Detective Christopher Pisano, a spokesperson.
The National Guard has plans to have up to 15,000 National Guard troops to meet current and future requests for the inauguration, Gen. Daniel Hokanson, the chief of the National Guard Bureau, said Monday. The dramatic increase in troops comes as law enforcement in the nation’s capital and around the country brace for further extremist violence amid the transition of power.

Security ramping up across the country

Law enforcement agencies are also ramping up security at the state level in preparation for potentially violent demonstrations leading up to Biden’s inauguration.
Shanon Banner, spokesperson for Michigan State Police, said they are aware of the march on state capitols that is being promoted online, and they will continue watching for security threats. 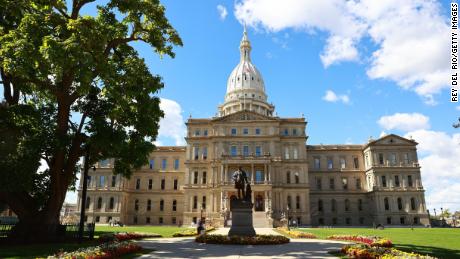 “Our security planning is fluid and adjustments are made as needed, from day-to-day,” Banner said. “Security enhancements that can be put in place include both seen and unseen measures. In general, we don’t discuss security measures, but I can confirm that out of an abundance of caution, we are increasing our visible presence at the Capitol for the next couple of weeks starting today.”
The Michigan State Capitol Commission on Monday also banned the open carry of firearms inside the state’s Capitol building, effective immediately.
The policy change only affects public areas inside the building and does not change policy on the Capitol grounds, nor does it prohibit licensed concealed pistol carry that follows state laws, according to the commission policy.
Democratic Gov. Gretchen Whitmer, citing armed protests at the Michigan state Capitol building in April and the recent violence at the US Capitol, said the commission should recognize the need for a ban on all weapons.
This story has been updated with additional developments Monday.

Colts' Philip Rivers emotional after playoff loss to the Bills