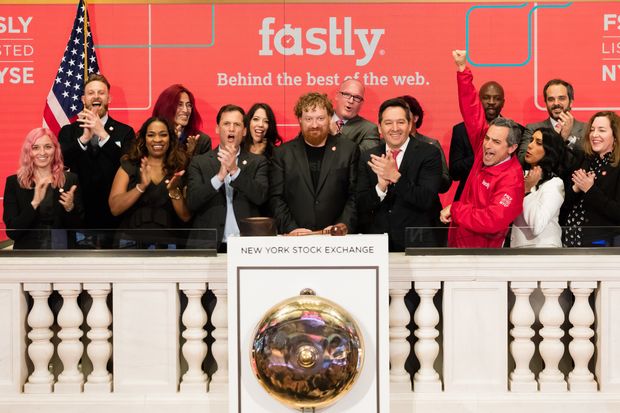 Fastly Inc. shares plummeted more than 25% in after-hours trading Wednesday, after the software company said that its largest customer, TikTok parent Bytedance Inc., did not use its product as much as expected amid a threatened ban in the U.S.

Fastly FSLY, -4.38% disclosed in a news release that it now expects third-quarter revenue of $70 million to $71 million, after previously guiding for sales of $73.5 million to $75.5 million. The company also said that its full-year guidance should no longer be relied upon, and that a new forecast would be issued when the company fully reports earnings on Oct. 28.

“The current global environment has in some ways fueled our business, but has also created areas of uncertainty,” Chief Executive Joshua Bixby said in a statement. “While our preliminary third-quarter results reflect the challenges of a usage-based model, we believe the fundamentals of Fastly’s business remain strong, as does demand for our platform.”

President Donald Trump has attempted to ban TikTok from operating in the U.S. unless China-based Bytedance transfers ownership to a U.S. entity. While there was an agreement to institute a new entity in the U.S. with help from Oracle Corp. ORCL, -0.01% and Walmart Inc. WMT, -1.56%, that move appears to be on hold as TikTok fights the ban through the U.S. court system, where a judge halted the ban late last month.

For more: The TikTok geopolitical soap opera is a confusing mess

In its latest quarterly filing with the SEC, Fastly said that Bytedance was its biggest customer and contributed 12% of its revenue in the first six months of the calendar year. In Wednesday’s announcement, the company also said that other customers used its product less than anticipated at the end of the third quarter.

Fastly stock closed with a 4.4% decline at $123.19 on Wednesday, then plunged to less than $90 a share in after-hours trading following the announcement. The San Francisco software company went public in May 2019 for $16 a share.

: These are the 3 best dividend yield investments for 2021

What Trump and Biden tax policies could mean for your paycheck, tax return, investments and retirement savings

Encore: Social Security benefits will increase by 1.3% in 2021

Cold water may be an effective defense against dementia

Coronavirus hits every resident of Kansas nursing home, linked to 10...