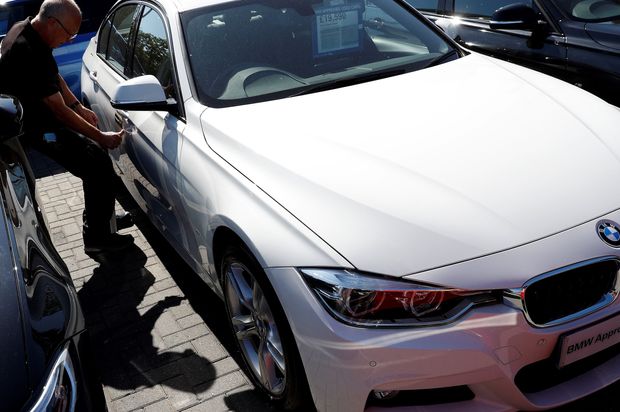 A car salesman outside a re-opened BMW car dealership, in Hook, southwest of London, on June 1, 2020. –

Shares of European auto makers pitched lower on Thursday after data revealed a sharp fall in car sales for the region during August.

The European Automobile Manufacturers Association said sales fell 18.9% in the month, following a July decline of 5.7%, which had sparked some hopes that the industry was starting to crawl out of the pandemic-induced slump.

The summer months brought a resurgence of Covid-19, with countries such as Spain and France particularly hard hit by outbreaks that are continuing into the autumn, sparking fears of a second wave.

Over the first eight month of the year, EU demand for passenger cars tumbled 32%, with 6.1 million new cars registered across the region over that period. That was 2.9 million fewer than the same period a year ago. Across the four big EU markets, Italy saw the best performance with a drop of 0.4%, while Germany and France saw declines of around 20% each.

Paul Brandus: Trump can be judged by voters with a bevy...

The Fed: Fed sees interest rates near zero until end of...