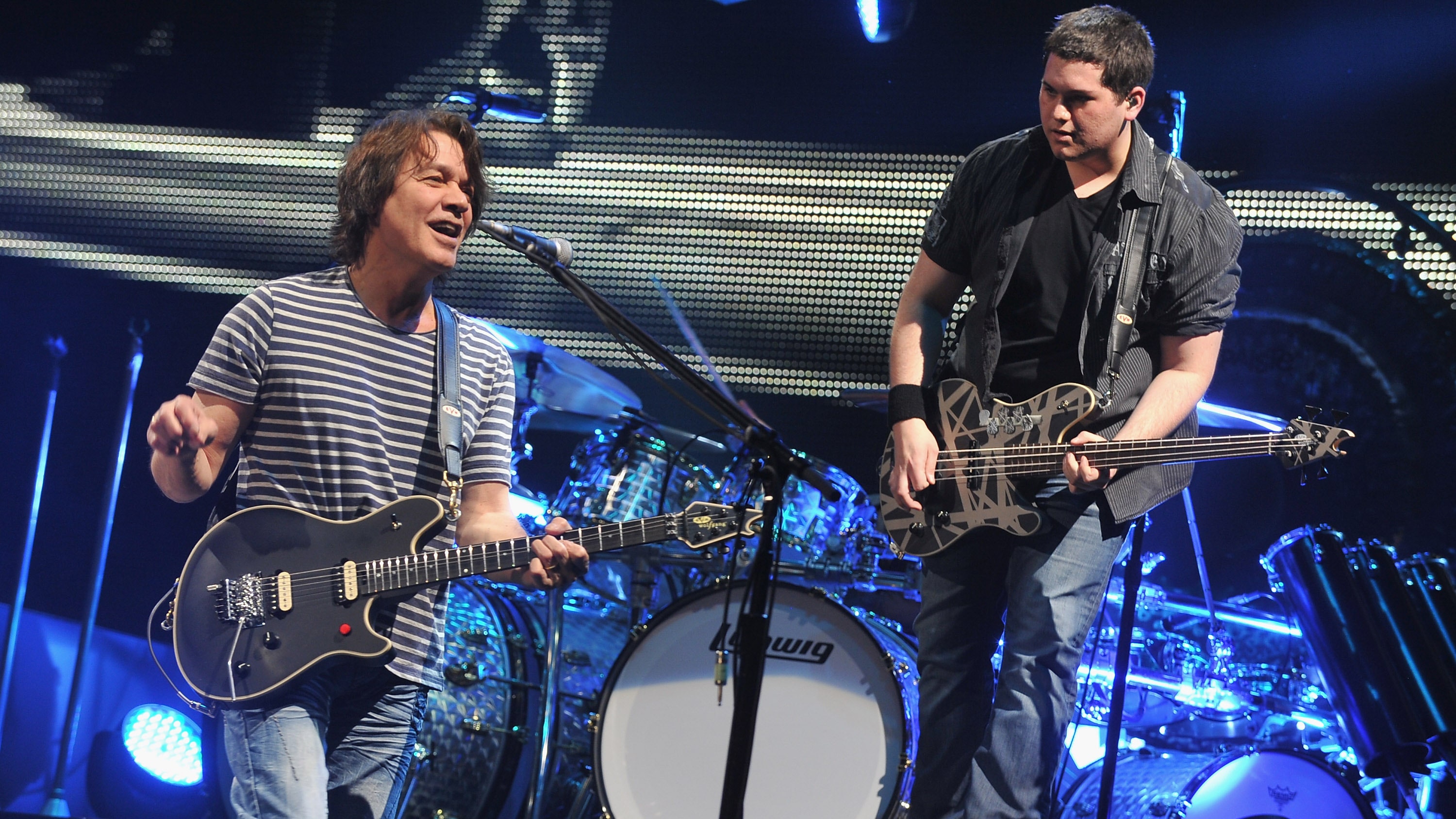 The young musician has posted a handful of black-and-white throwback photos of the rock star — featuring the two jamming out, childhood photos and more — since his death on Oct. 6.

Now, Wolf has posted a video clip of his father answering a question from a fan at an event.

“My question is: Of all the deceased musicians out there that are no longer around, could pick one to play with [and] who would that be?” asked a fan.

“I’d love to jam with my father again,” Van Halen responded, resulting in applause from the crowd.

The post also contained a pair of photos, the first showing a young Van Halen playing the piano alongside a man, presumably his own father Jan, playing the saxophone.

Finally, a black-and-white photo of Wolf playing music alongside his father was added to the post.

Wolf played bass for the band Van Halen starting in 2006.

Van Halen’s ex-wife and Wolf’s mother Valerie Bertinelli previously shared a photo of her ex playing music with his father on her Instagram Story.

“Ed and his pop, Jan,” Bertinelli wrote over the pic at the time.

Wolf — short for Wolfgang — has shared a handful of throwback images of himself playing instruments with his father in the last week.

While none of the posts have contained captions, it’s noticeable that the two musicians appear to be all smiles in the photos.