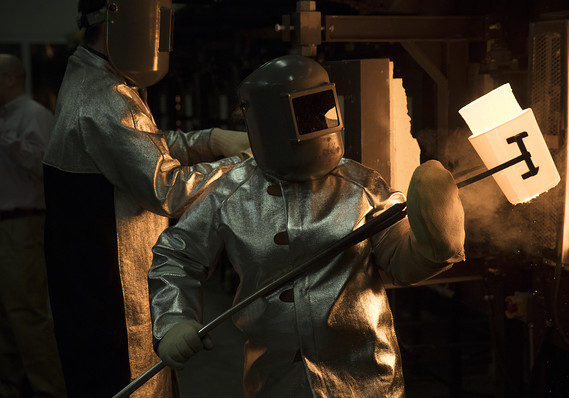 The numbers: The New York Fed’s Empire State business conditions index rose 13.3 points to 17 in September, the regional Fed bank said Tuesday. Economists had expected a reading of 6, according to a survey by Econoday. The gain reverses a 14 point decline in the prior month.

This is the third consecutive positive reading in the index. Any reading above zero indicates improving conditions.

What happened: The new-orders index climbed 8.8 points to 7.1 in September while shipments rose 7.4 points to 14.1. Unfilled orders continued to decline but at a less rapid pace. Inventories also remained in negative territory. The index for number of employees held steady while the average workweek rose 13.5 points to 6.7. Optimism about the six-month outlook rose 6 points to 40.3.

Big picture: The New York index is the first look at manufacturing conditions in September. Economists were expecting some improvement after the decline in August, one of the weakest for the regional surveys. Economists are divided over the outlook for manufacturing. Some see the gains seen since July moderating into the end of the year. Others see the factory sector as a bright spot, noting the national ISM factory index hit a two-year high of 56 in August. Manufacturers in the New York region report that they are optimistic, but they are not adding workers.

: This videogame company is in the spotlight as Sony and Microsoft face off with new consoles

: Unity stock surges in IPO debut — ‘This is not a normal company,’ CEO says

Air Quality Alert issued September 18 at 11:06AM MDT by NWS

Key Words: Fauci tells Americans to ‘hunker down’ this fall and...