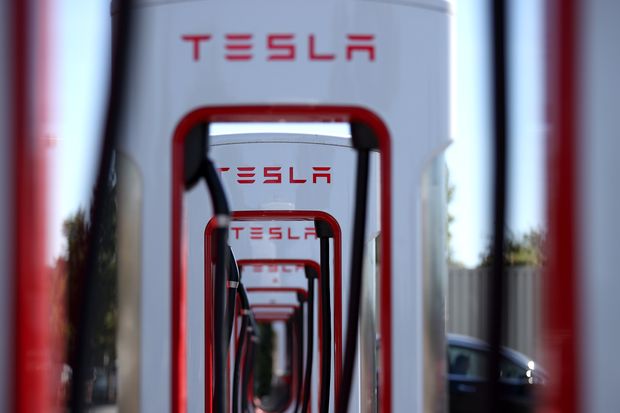 Tesla Inc. is scheduled to report third-quarter earnings after the bell Wednesday, with Wall Street hoping that a fifth straight quarterly profit is in the offing.

Tesla TSLA, +0.37% is hosting a conference call with analysts and others to discuss the results at 5:30 p.m. Eastern.

Tesla Chief Executive Elon Musk made waves this week, announcing a surprise starting price cut for Tesla’s luxury sedan Model S to $69,420 for a base model from $71,990 previously.

Wall Street will parse that out in light of Tesla’s goal to sell around half a million vehicles in 2020, and keep an eye out for any sales guidance updates.

“We think the expectation is that they will fall short and we believe that the Street will be forgiving, understanding that the Covid factory shutdowns were the culprit,” said CFRA analyst Nelson Garrett.

At the September battery showcase, the company announced a new top-of-the-line version of the Model S, to be available next year, as well as a yet-to-be-named vehicle under $25,000.

Tesla earlier this month reported third-quarter deliveries of 139,300 vehicles, which was above Wall Street expectations.

Here’s what else to expect:

It also would be a fifth consecutive GAAP and adjusted per-share profit for the car maker,. Tesla’s hopes that its stock would join the S&P 500 index were dashed when the index recently made changes to its components.

Estimize, a crowdsourcing platform that gathers estimates from Wall Street analysts as well as buy-side analysts, fund managers, company executives, academics and others, is expecting an adjusted profit of 65 cents a share for Tesla.

Revenue: The analysts surveyed by FactSet expect sales of $8.25 billion for Tesla, which would be up from $6.30 billion in the third quarter of 2019. Estimize sees third-quarter revenue of $8.38 billion for Tesla.

What else to expect: Investors will be keen on hearing updates on the construction of the Tesla plants going up in Germany and the Austin, Texas, area.

Another point of interest are updates on Autopilot, Tesla’s suite of advanced driver-assistance systems, and the company’s plan to offer insurance more broadly based on Autopilot-related safety enhancements.

Adam Jonas of Morgan Stanley said in a recent note he expects Tesla to be in a better position to offer a ride-hailing system.

The analyst increased his price target on the stock to $333 from $272. That represents 25% downside from Friday’s share price. The FactSet average price target on Tesla is $345.85, with most analysts rating the stock at hold.

‘It is daunting to think about what the consequences will be.’ With no new stimulus deal, much of America’s temporary financial safety net is...