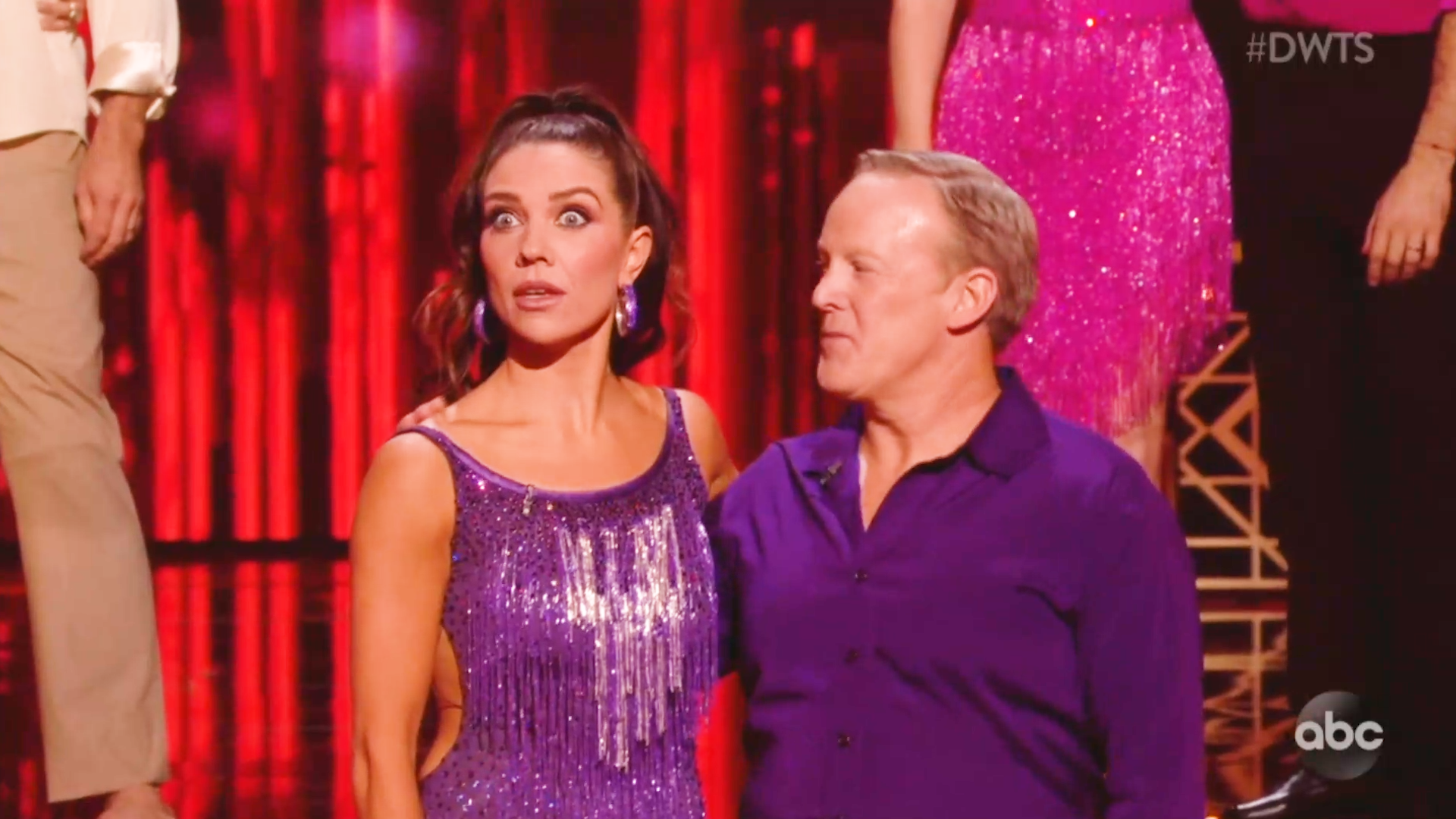 Sean Spicer’s continued success on Dancing With the Stars is beginning to frustrate viewers. Despite consistently low scores for his dancing from the judges, Spicer has remained on the show because of his relationship with President Trump.

Since the beginning of the season, Spicer has run his appearance on the show like a political campaign. In fact, he has received multiple endorsements from his former employer, President Trump.

Trump has helped bolster Spicer’s viewer votes immensely. Spicer has either had the lowest or second lowest score in all but one dance competition this season, but because he receives so many votes from the public he has yet to be even considered for elimination.

While popularity has always been an important aspect of the game, it has primarily been about dancing. This is the first time a large group of voters, who don’t necessarily watch the show, are entering the voter pool and it’s frustrating long time fans.

So Sean Spicer made it through again…Who is voting for him? I feel like we need to have a conversation about this #DWTS

The judges are also becoming more and more frustrated by Spicer’s continued success, and it’s showing in their critiques. After Spicer’s performance tonight, head judge Len Goodman said, “We keep throwing you out the boat, and the viewers keep throwing you a life preserver.” And since the theme of Spicer’s dance was nautical, he added, “Your feet, well, the mermaid had better feet than you.”

Spicer and his substitute dance partner Jenna Johnson were the first couple announced as safe for the night. The two contestants up for elimination were Kate Flannery and Ally Brooke – who happens to have the highest combined score of the season.

Before eliminating Flannery, judge Carrie Ann Inaba vented over the fact the worst dancer was not up for elimination. “It’s confusing for me at this point why these are the bottom two,” said Inaba “I’m confused and a little irritated.”

Dancing With the Stars airs Mondays at 8 p.m. on ABC.

Watch as Al Pacino explains how he came up with famous catchphrase from Oscar-winning performance:

James Harden's triple-double in Nets debut proves to be too much, Magic go down 122-115