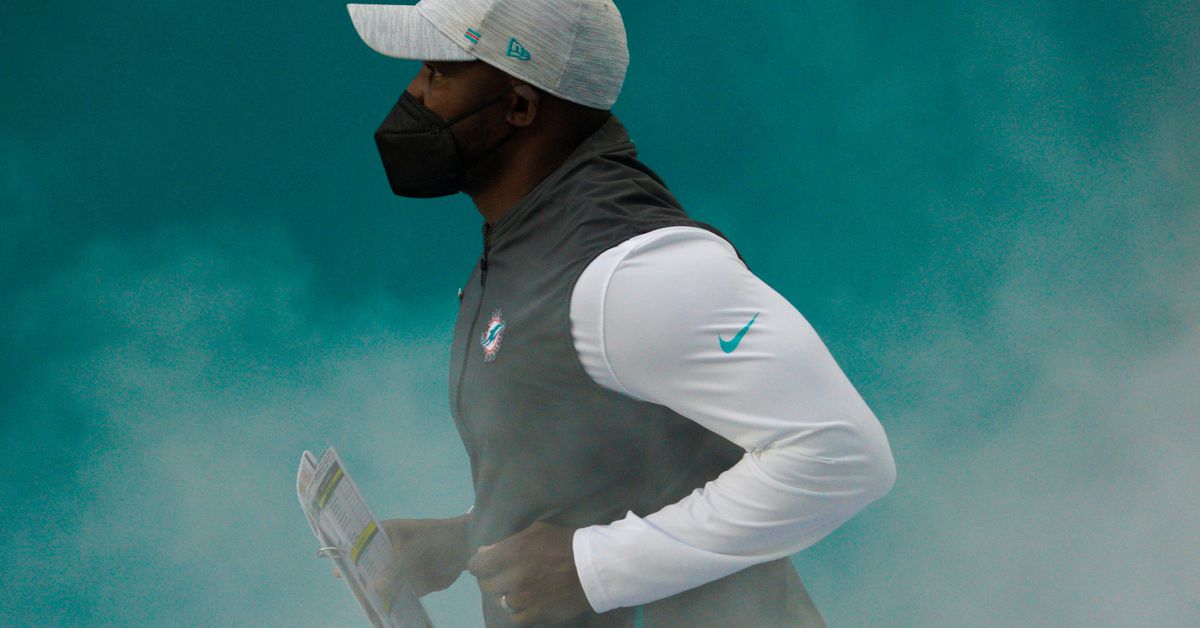 The Miami Dolphins and head coach Brian Flores will be hiring the team’s third offensive coordinator in as many years. Per Armando Salguero of the Miami Herald, that hire could happen as early as this week, as the team is set to begin interviewing candidates in the coming days.

This marks and change in course for Brian Flores’ hiring process at the coordinator level. When Flores first took the job to be Miami’s head coach prior to the 2019 season, he already had former New England Patriots wide receivers coach Chad O’Shea lined up to call plays on offense. When Flores fired O’Shea after one season, Chan Gailey was already set to come out of retirement and take over. Now, Flores is giving himself the opportunity to play the field and find the right person to helm Miami’s offense going forward.

Per multiple reports, Dolphins tight ends coach George Godsey and running backs coach Eric Studesville are both well-respected in the building and are the team’s top internal candidates to take over for Gailey. Godsey specifically seems to have a good relationship with 2020 5th-overall draft pick Tua Tagovailoa after Godsey took over as quarterbacks coach for several games while Robby Brown was out due to COVID-19 protocols.

The fact that Flores will conduct formal interviews and take his time suggests that Miami’s head coach is, at the very least, considering hiring someone from outside the organization. Former Los Angeles Chargers head coach Anthony Lynn, former Jacksonville Jaguars head coach Doug Marrone, and former Philadelphia Eagles head coach Doug Pederson are the most high profile external candidates given the fact that all three are offensive-minded head coaches who were just relieved of head coaching duties within the past few weeks.

Regardless of whether Flores decides to promote from within or hire from outside the organization, it’s likely that he does so with Tagovailoa in mind. With Flores and general manager Chris Grier both cashing in their chips on Tagovailoa at the most important position in football, pairing the young quarterback with someone who will be able to best accentuate what the former Alabama Crimson Tide star does well will be vital in upgrading Miami’s offense going forward.

47 players quarantined in run up to Aussie Open