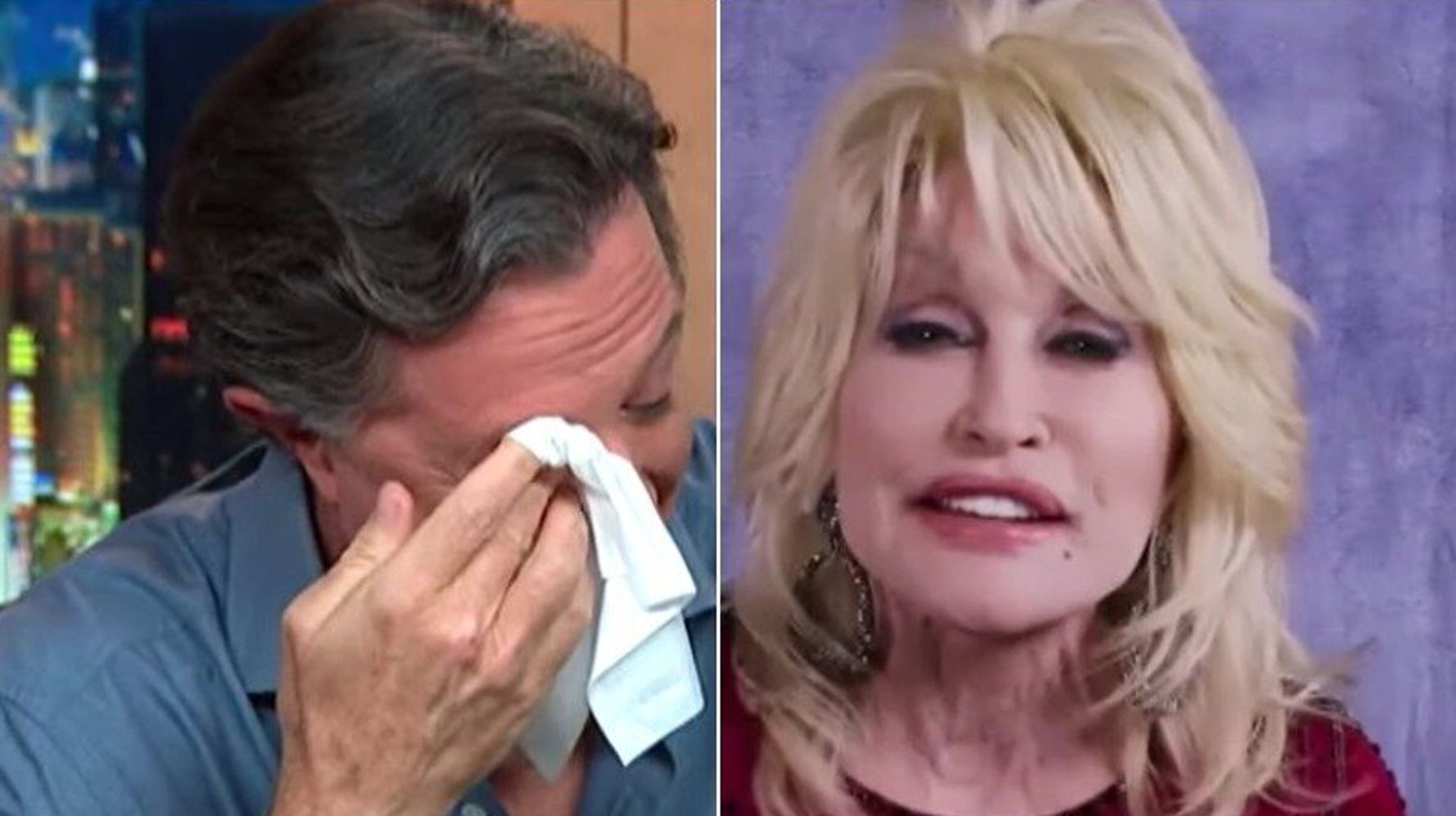 Parton delivered an a cappella rendition of “Bury Me Beneath The Willow” that had Colbert reaching for the tissues.

“Are you crying?” she asked in the midst of the song, before delivering another verse, then stopping to let Colbert compose himself. “I’d better hush before you cry yourself to death and can’t finish your show.”

Thrown off by his own reaction, Colbert laughed as he cried.

“Like a lot of Americans, I’m under a lot of stress right now, Dolly,” Colbert said through both the laughs and the tears. “You got under my tripwire right there, I’ll tell you right there, that was pretty beautiful.”

After he gathered his wits, Colbert said: “Isn’t it funny that sometimes there’s nothing happier than crying?”

“It cleanses your soul,” Parton said. “I think water is good to wash it out, that’s what tears are for.”

The moment happens about five and a half minutes into the interview:

Parton, 74, has been busier than ever despite the pandemic. She’s released a new album of Christmas tunes called “A Holly Dolly Christmas,” featuring both standards as well as tracks penned by Parton. The Christmas movie “Dolly Parton’s Christmas on the Square,” will debut on Netflix next month. The streaming video service is also currently featuring the documentary, “Dolly Parton: Here I Am.”

To cap it all off, Parton will publish the book “Dolly Parton, Songteller: My Life in Lyrics,” which highlights 175 of the more than 3,000 songs she’s written, in November. Parton gave Colbert a preview in the clip above and discussed her favorite songs below:

The Ratings Game: XPeng downgraded at UBS, as stock has run...