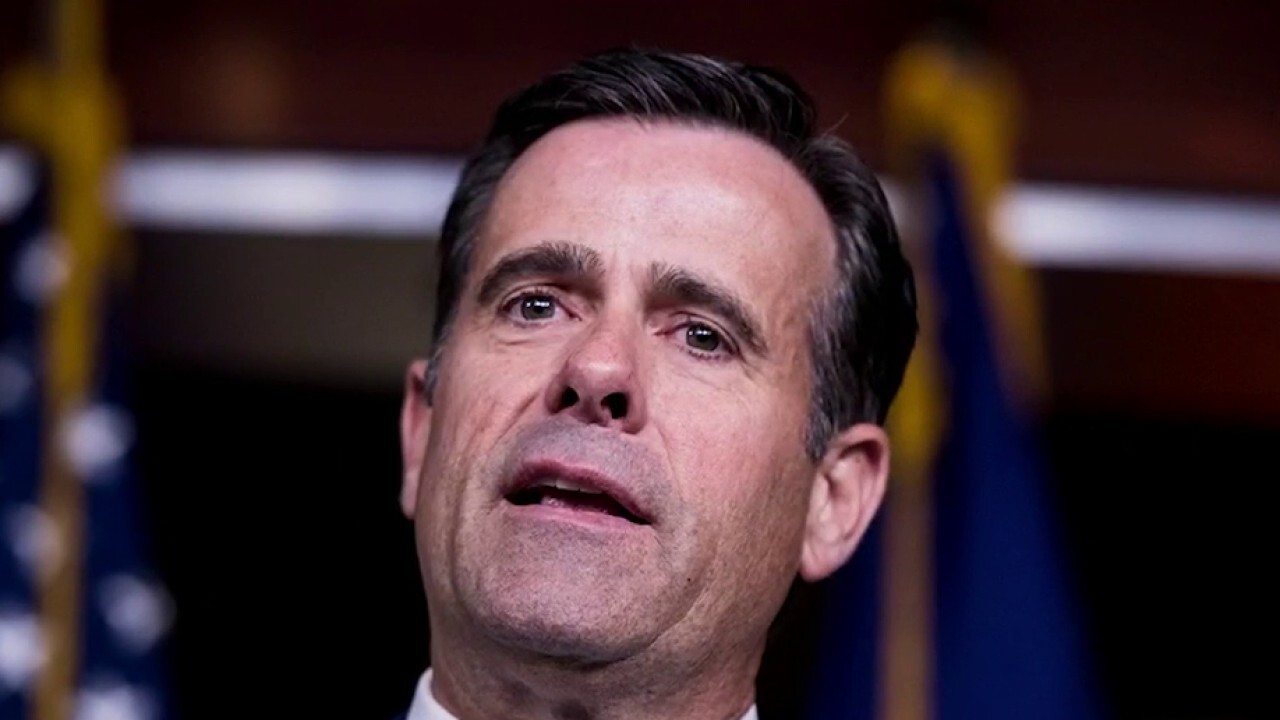 In a letter penned by Ratcliffe and obtained by Fox News, the DNI directs Acting Inspector General of the Intelligence Community Thomas Monheim to review the findings that Nunes and Intelligence Committee Republicans found as part of their Russia investigation in 2017 and 2018.

“Pursuant to the request of Ranking Member Nunes, and consistent with my obligation to transmit allegations of wrongdoing to your office for review, I am attaching the enclosed Oversight Investigation and Referral regarding concerns with the completion of the Intelligence Community Assessment (ICA) on Russia’s Influence Campaign Targeting the 2016 U.S. Presidential Election published on 5 January 2017 for your review,” Ratcliffe wrote.

“This referral was first provided to the Central Intelligence Agency Inspector General in December 2018 by the then-majority members of the House Permanent Select Committee on Intelligence,” Ratcliffe continued.

He wrote: “Since then, the Office of the Director of National Intelligence has received numerous requests from senior oversight officials for the Intelligence Community IG to review whether all portions of the aforementioned ICA adhered to proper analytic tradecraft.”

Ratcliffe added that he has further requested that the document “undergo a formal declassification review in response to a request from Ranking Member Nunes on 13 September 2020.”

“I am committed to facilitating transparency that serves the public interest while balancing the imperative for protecting sources and methods,” Ratcliffe wrote. “I look forward to receiving the results of your review and any recommendations you have for corrective action.”

Ratcliffe’s investigative referral comes after Nunes and Republicans on the Intelligence Committee in 2018 referred issues with the tradecraft in compiling the 2017 ICA to the inspector general for the CIA. It is unclear whether the CIA took any investigatory actions after receiving the referral.

The Senate Intelligence Committee, earlier this year, released a report on the 2017 ICA, noting that officials who drafted and prepared the assessment “were under no political pressure” to reach “specific conclusions.”

The committee also found that the ICA presented a “coherent and well-constructed intelligence basis for the case that Russia engaged in an attempt to interfere with the 2016 U.S. presidential election.”

Republicans on the committee, in their full report after their months-long Russia investigation, took issue with “tradecraft failings” in creating the ICA, specifically related to Russian President Vladimir Putin’s “strategic intentions,” which they said “did not employ proper analytic tradecraft.”

“While the Committee found that most ICA analysis held up to scrutiny, the investigation also identified significant intelligence tradecraft failings that undermine confidence in the ICA judgments regarding Russian President Vladimir Putin’s strategic objectives for disrupting the U.S. election,” the Republicans wrote in their report. “Those judgments failed to meet longstanding standards set forth in the primary guiding document for IC analysis.”

Republicans claimed that those putting together the ICA did not “properly describe quality and credibility of underlying sources; properly express and explain uncertainties associated with major analytic judgments; incorporate analysis of alternatives…; be informed by all relevant information available; be independent of political considerations.”

“There are a number of things in the referral that the ICIG will likely be interested in, particularly Obama-Biden-era political appointees overruling career intelligence officials who raised concerns about some things being included in the ICA,” a senior intelligence official familiar with the contents of the House Intelligence Committee report told Fox News.

“Ratcliffe made the right call sending this to the IG,” the official added.

The Senate Intelligence Committee noted that the ICA, which was publicly released in early January 2017, reflected a proper representation of the intelligence collected, but noted that the document did not include information provided by ex-British Intelligence agent Christopher Steele in its body.

The back-and-forth over Steele’s reporting being included in the final ICA for Obama was between the CIA and former FBI Deputy Director Andrew McCabe, who, despite the inaccuracies and uncorroborated nature of Steele’s reporting, said he wanted to include that information, Justice Department Inspector General Michael Horowitz first revealed in his FISA report last year.

McCabe told the Justice Department inspector general’s office he believed the Steele reporting needed to be included in that ICA because “President Obama had requested ‘everything you have relevant to this topic of Russian influence.’”

But CIA officials pushed back, arguing that Steele’s reporting was simply “Internet rumor,” and merited inclusion only as an appendix in the final report.

McCabe, at the time, argued that including it as an appendix was simply “tacking it on” in a way that “would minimize” the information and prevent it from being properly considered — despite former FBI Director James Comey’s assertion that Steele’s reporting was “not ripe enough, mature enough, to be a finished intelligence product.”

Ultimately, “the FBI’s view did not prevail,” and the final ICA report included Steele’s reporting only as a short summary in an appendix.

Justice Department Inspector General Michael Horowitz also reviewed the inclusion of Steele’s reporting in the ICA during his review of alleged misconduct related to FISA.

His report, released late last year, found that there were “significant inaccuracies and omissions” in FISA warrants for former Trump campaign aide Page. Those warrants relied heavily on Steele’s reporting, despite the FBI not having had specific information corroborating allegations against Page that were included in Steele’s reporting.

In June, Ratcliffe declassified a footnote in the 2017 ICA which noted that the reporting of Trump dossier author Christopher Steele had only “limited corroboration” regarding whether then-President-elect Donald Trump “knowingly worked with Russian officials to bolster his chances of beating” Hillary Clinton and other claims.

The footnote makes clear the internal concerns officials had over that document, however.

“An FBI source [Steele] using both identified and unidentified subsources, volunteered highly politically sensitive information from the summer to the fall of 2016 on Russian influence efforts aimed at the US presidential election,” the annex read. “We have only limited corroboration of the source’s reporting in this case and did not use it to reach the analytic conclusions of the CIA/FBI/NSA assessment.”

“The source collected this information on behalf of private clients and was not compensated for it by the FBI,” it continued.

Steele’s reporting, at the time, was commissioned by opposition research firm Fusion GPS and funded by the Hillary Clinton campaign and the Democratic National Committee (DNC) through law firm Perkins Coie.

Meanwhile, Ratcliffe’s move comes after he, last week, said that he has provided nearly 1,000 pages of material to the Justice Department to support U.S. Attorney John Durham’s investigation into the origins of the Trump-Russia probe.

“At my direction, the Office of the Director of National Intelligence has now provided almost 1,000 pages of materials to the Department of Justice in response to Mr. Durham’s document requests,” Ratcliffe said in a statement Wednesday. “I will continue to ensure the Intelligence Community’s responsiveness to the DOJ’s requests.”

Ratcliffe added that officials at ODNI “look forward to supporting the DOJ in further declassifications consistent with their investigation.”

“As the president has made clear, we must be appropriately transparent with the American people and give them the confidence that the extraordinary work of Intelligence professionals is never misused or politicized,” Ratcliffe said.

Mueller’s investigation yielded no evidence of criminal conspiracy or coordination between the Trump campaign and Russian officials during the 2016 election.

Ohio dad shot by shopper who was angry he held up line, cops say

Dense Fog Advisory issued October 20 at 7:50AM CDT until October...

UFC 254: What's it like to fight Khabib Nurmagomedov? 'Something I've...

'Game of Thrones' star Nikolaj Coster-Waldau speaks out about the show's...