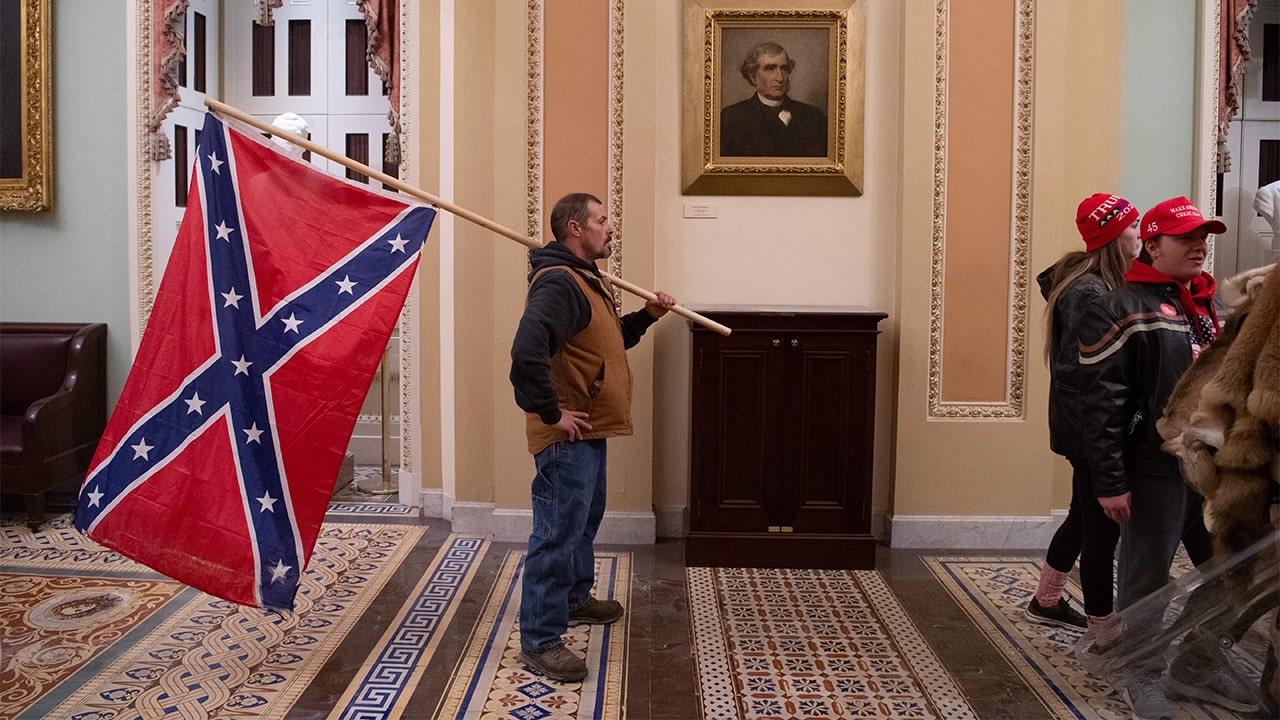 A man who was caught on camera carrying a Confederate flag while illegally parading through the U.S. Capitol during last week’s deadly riots turned himself Thursday morning, according to federal authorities.

Kevin Seefried and his son Hunter surrendered at the U.S. Marshals’ office in Wilmington, Del., the FBI’s Baltimore Field Office confirmed to Fox News. Seefried had been wanted by the FBI in connection with the Capitol riots. His image was included on an FBI bulletin of other suspects which the Bureau used to the public for help in identifying them.

Court documents cited by Delaware’s News Journal newspaper show that Seefried and his son were identified after the FBI received a report from a co-worker of Seefried’s son saying that he had bragged about participating in the Capitol riots with his father last week.

The FBI’s Washington Field Office said on Sunday it was trying to identify the man who had what appeared to be a tattoo under his left eye and was seen walking through the Capitol building with a Confederate flag hung over his left shoulder.

Seefried and his son participated in “voluntary” interviews with the FBI on Tuesday before turning themselves in on Thursday, according to the court documents.

They were each charged by complaint with one count of knowingly entering or remaining in any restricted building or grounds without lawful authority, one count of violent entry and disorderly conduct on Capitol grounds, and one count of depredation of government property.

They are expected to appear via video in a D.C. federal court Thursday afternoon.

An FBI spokesperson told Fox News earlier this week that the Bureau has been flooded with more than 40,000 digitally-submitted tips, not including those sent in via phone, in connection with the attack on Capitol Hill.

Crowds carrying Trump flags and wearing MAGA hats barged into the federal building, bypassing security and U.S. Capitol Police – often violently – with some even climbing over barriers to get in.

Pac-12 Commissioner Larry Scott stepping down at end of June

Pac-12 Commissioner Larry Scott stepping down at end of June

Dense Fog Advisory issued January 21 at 4:09AM CST until January...