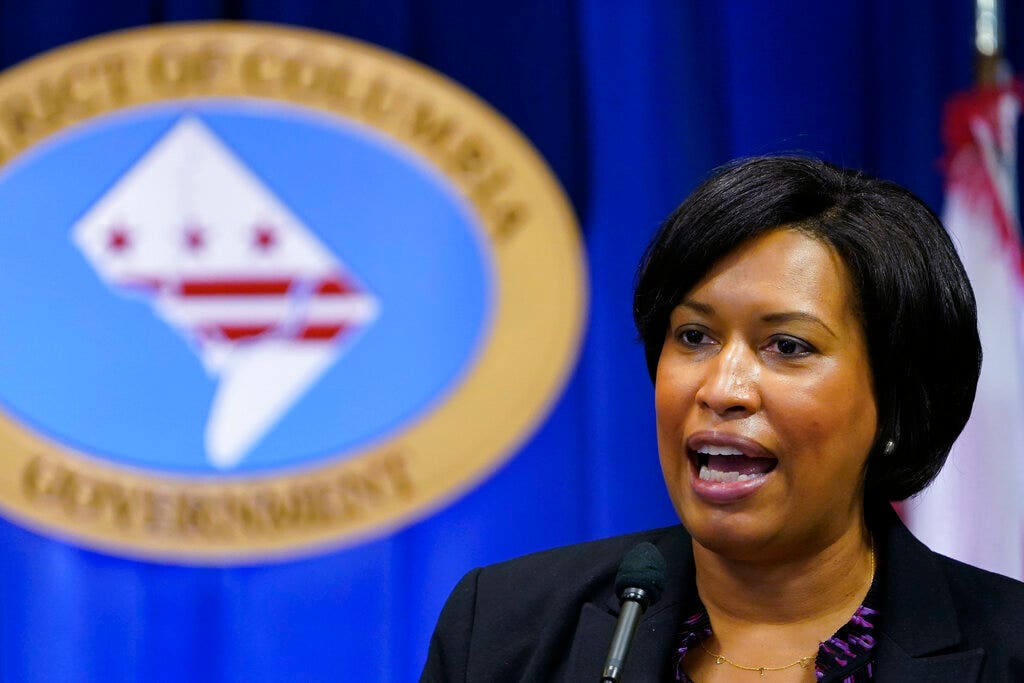 D.C. Mayor Bowser is facing a fresh lawsuit alleging that the city discriminated against anti-abortion viewpoints in the way it handled expression during “Black Lives Matter” (BLM) protests.

The issue arose out of a headline-catching confrontation between Students for Life of America (SFLA) members and the Metropolitan Police Department (MPD), which arrested them as they attempted to chalk “Black Preborn Lives Matter” on the sidewalk outside of a Planned Parenthood affiliate.

Filed on Wednesday, the lawsuit alleges that D.C. violated the First Amendment by applying a defacement ordinance to those individuals, but not to others who wrote anti-cop or “Black Lives Matter”  messages in the city.

In its filing, SFLA  and the Frederick Douglass Foundation note that Bower commissioned a “Black Lives Matter” mural that was painted on D.C. street. Another mural reading, “Defund the Police” was also painted on the same street by BLM D.C.

It’s unclear the extent to which MPD enforced the defacement ordinance with other forms of speech, as the lawsuit alleged. But according to NPR, the city’s Department of Public Works was later seen refreshing some of the paint but left “defund the police” on the street. “Well it’s not a part of the mural,” Bowser told ABC News in June. “And we certainly encourage expression but we are using the city streets for city art.” When ABC’s Martha Raddatz pressed her further, Bowser said she hadn’t “even had an opportunity to review it.”

The lawsuit also references graffiti at the U.S. Chamber of Commerce headquarters.

Alliance Defending Freedom, a conservative nonprofit representing the groups, argued that the government can’t pick and choose which speech it allows.

“The government can’t discriminate against certain viewpoints by allowing some voices to be heard while silencing others,” ADF Legal Counsel Elissa Graves said.

“Because of the city’s actions, Frederick Douglass Foundation and Students for Life of America weren’t able to participate in the public square as other groups have. The First Amendment prohibits the government from picking and choosing whose speech to allow.”

The lawsuit touched on a frequent refrain among conservatives — that liberals seemed to allow “Black Lives Matter” protests while suppressing other activities, particularly during the pandemic.

Neither the MPD nor Bowser’s office immediately responded to Fox News’ request for comment.

Further complicating the issue, SFLA claims that it was given verbal permission to use tempera paint to create the street mural police officers blocked them from painting. Alaina Gertz, a public affairs specialist with MPD previously told Fox News that it didn’t have “any information to corroborate the statement that the group was told they would not be stopped from painting.”

Gertz also said that police “did not issue a permit to put a message on the street. MPD issues permits to assemble. Any markings on the street would have to be permitted by the DC Department of Transportation.”

In August, video footage emerged showing police warning SFLA members Warner DePriest and Erica Caporaletti that they would be arrested for defacing public property if they continued using sidewalk chalk. But SFLA claimed at the time that sidewalk chalk doesn’t deface public property.