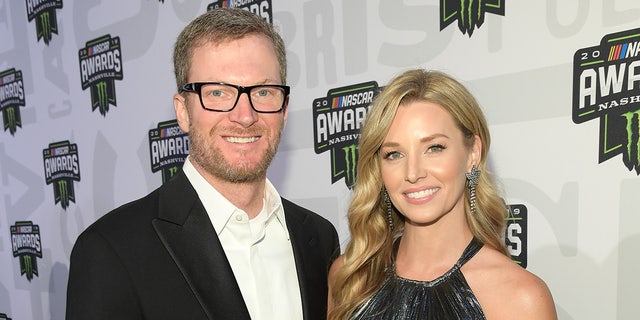 The NASCAR star and his wife Amy have announced the birth of their second child.

Nicole Lorraine Earnhardt was born on Monday, but Earnhardt broke the news on his Thursday podcast, which posted later than usual as a result. Her name combines the middle names of Amy and Dale’s mothers.

“It’s like looking at a mirror when I look at her,” he said.

The couple’s first daughter, Isla Rose is two years old and has had an eventful life so far. She survived a plane crash with her parents in Tennessee last August.