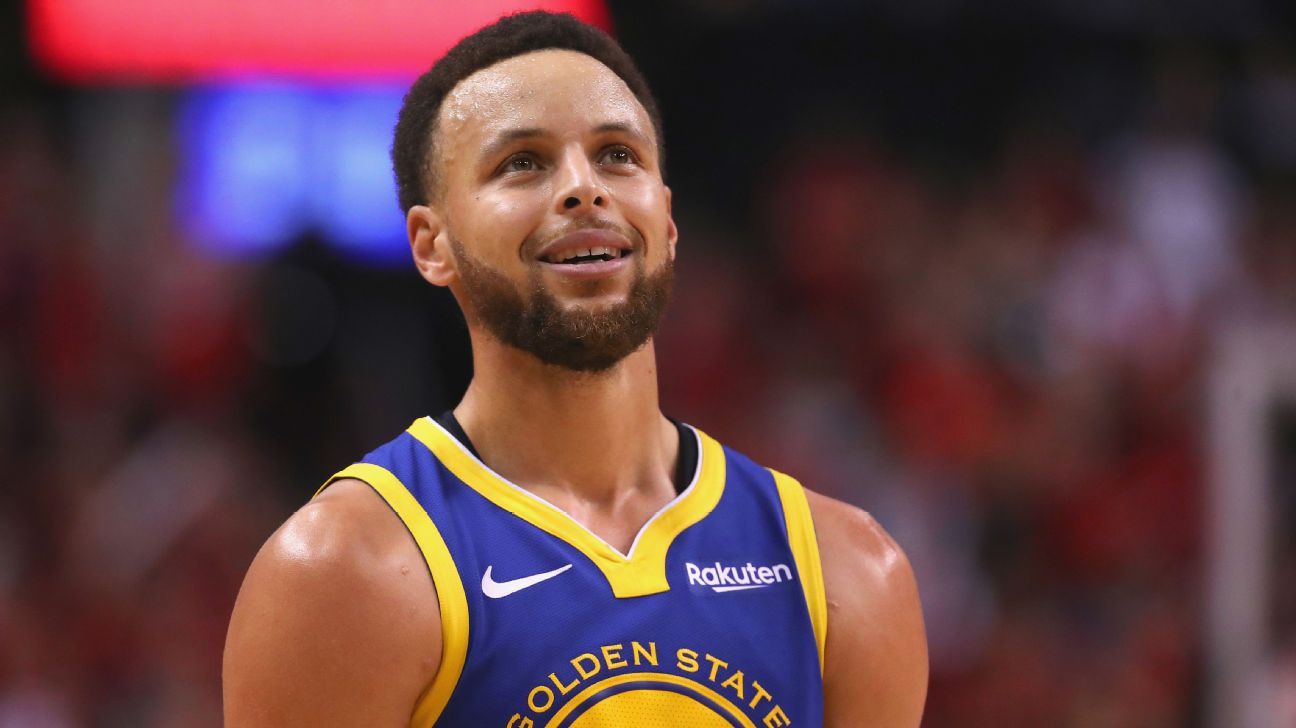 Golden State Warriors guard Stephen Curry is committed to playing for Team USA in next summer’s Olympic Games in Tokyo.

“That is the plan, for sure,” Curry said in an interview with ESPN’s Rachel Nichols. “You know, obviously knock on wood, you don’t want any injuries or things like that to interfere.”

This would mark Curry’s first appearance in the Olympics, an experience he is looking forward to, when asked specially by Nichols if he was committing to the team.

“Definitely wanna go,” Curry said. “I’ve never been on the Olympic team. I’ve been on two World Cup Championship gold medal teams. But the Olympics is the experience that I want. And next year will hopefully be it.”

Team USA recently finished seventh in the Basketball World Cup, the country’s worst finish ever. The roster was comprised mostly of players put together at the last minute, after multiple high profile players backed out of playing. The embarrassing finish for the proud basketball country prompted Team USA managing director Jerry Colangelo to say that he would “remember” players who “didn’t show up.” Curry’s declaration figures to be the first signal that other American superstars will join the former MVP in winning a fourth straight Olympic gold medal for Team USA.

Curry says he is confident that the Americans can still reign supreme when they put their best players on the floor.

“We’re still the best,” Curry said. “If we get the guys that are supposed to be there, in terms of, you know, representing us in the Olympic stage and the commitment’s been there, and I think it’ll be there next year.”

Curry would be reunited with Warriors head coach Steve Kerr. Kerr is an assistant on Gregg Popovich’s Team USA staff.

Curry also is sorting through his new reality as a member of a proud Warriors squad that comes into the season after a massive roster reconstruction that started when Kevin Durant signed with the Brooklyn Nets at the beginning of the free agency period.

“At the end of the day, we live in an age where choice at the forefront, and K, you know, made a decision for himself and you can’t argue that,” Curry said. “I wish we could still play with K. He’s an unbelievable talent, unbelievable person. We accomplished a lot together. But– you know, things have changed a little bit. So you obviously wish him the best, obviously with his recovery first and foremost and things on and off the court. But we’re gonna have to battle down the road. So this should be a fun, new experience on that front too.”

Curry acknowledged that he found out about Durant’s decision to sign with the Nets as he flew over to New York to check in on his now former teammate.

“There was never an expectation that I was going there to pitch him or to try to sell the Warriors and his future here,” Curry said. “Everything was pretty much on the table. And again– I think Draymond said it too, he’s like, ‘He ain’t need to call anybody to say, you know, ‘This is’– if he wanted to we woulda said, ‘That’s fine.’ But he didn’t have to call anybody to say, ‘This is what I wanna do for myself.’ And so you respect that.”

One of the things that Durant discussed at times last season and reiterated in a story in the Wall Street Journal recently was the feeling that he was never fully embraced as a member of the Warriors because he did not get drafted and grow in the group’s system like Curry and fellow All-Stars Draymond Green and Klay Thompson.

When asked about Durant’s quote to the Journal that “nobody could get a full acceptance of me there,” Curry held to the belief that Durant had to make the best decision for himself and the Warriors would always cherish the two championships the group won together with Durant during his three-year stint with the team.

“I mean, that’s tough,” Curry said. “There’s so many narratives that go on, especially when you’re at the top of the league. No matter how, you know, the full transition happens to Brooklyn, him separating himself from the Warriors — that’s gonna happen. I think he knows, you know, what we were about as teammates, what we were about as friends on and off the court. And again, nobody is gonna take away the accomplishments we had. But at the end of the day, whatever he, you know, needed to do to make that decision and however he wants to explain that — that’s just what’s gonna happen.”

Curry struck a similar chord when Nichols asked about Durant’s quote to the Journal regarding the Warriors offense and Kerr’s offensive system — with Durant saying in part, “The motion offense we run in Golden State, it only works to a certain point.”

“Well, I don’t– care what plays we ran,” Curry said. “We won two championships. And at the end of the day, we had a lotta talent and there was an expectation of us figuring out how to balance all that. And we talked a lot about it throughout the three-year run. It wasn’t always perfect, but I think in terms of, you know, the results and what we were able to do on the floor, that kinda speaks for itself. We all wanna play iso-ball at the end of the day in some way, shape or form. But I’d rather have some championships too.”

Curry knows the Warriors will face a different challenge this year as they try to integrate D’Angelo Russell, who was acquired in a sign and trade with the Nets for Durant, into the offense while the group waits for Thompson to return from an ACL injury. It remains to be seen how the Warriors will divvy up Curry’s minutes in the new year, but Curry demurred when the topic of load management came up.

“I wanna be smart about what I’m doing,” Curry said. “I doubt there’ll be any games where I’m playing 48 minutes (laugh) and– just ’cause I — I could, but why, you know, that’s not– that’s not part of, you know, how you achieve greatness, at the end of the day, for what we’re trying to accomplish, which is a championship. So everything’s gonna be in light of trying to get another banner. All the other stuff is — it’ll take care of itself.”

While winning another title remains Curry’s ultimate goal, he acknowledged that winning his third MVP award would be a “special” accomplishment.

“I always say, I’m playing like I’m the best player on the floor no matter what the situation is.” Curry said. “That’s my mentality. It might not mean I’m taking every shot, but that’s the aggressiveness that I need to play with and the confidence I need to have. So– that’ll carry me the rest of my career. And at the end of the day, winning an MVP would be special. And it’s something that– I’ve experienced before and would love to experience again. I’d love to push the envelope and push the limits a little bit. So — doesn’t– you won’t see anything different about how I play, you know, this season versus years past.”

Rams out to prove Week 6 clunker was a fluke versus...