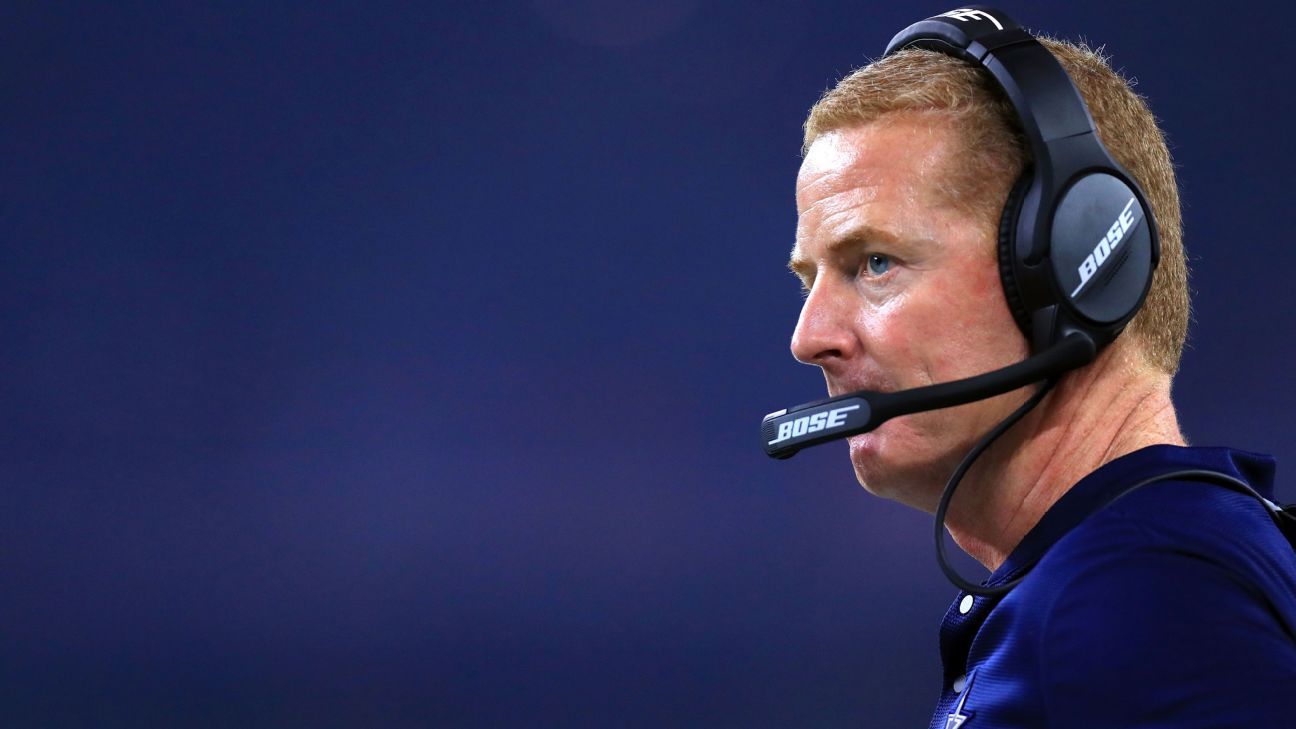 FRISCO, Texas — In an attempt to shake his team out of a three-game losing streak, Cowboys coach Jason Garrett took time during Monday’s team meeting to show players some successful plays from the past two seasons.

“It was like a highlight reel,” right tackle La’el Collins said. “They were all fantastic plays. Everything went well on them, offense and defense. So it just shows the type of team we have, the players we have. It’s just putting it all together so that you see what it looks like when we do it the right way.”

Garrett made a similar move after the Cowboys lost three games in a row after their 3-0 start to the season. The team responded with their most complete game of the season in a 37-20 victory against the Philadelphia Eagles.

Among the plays shown was last season’s goal-line tackle of Houston Texans quarterback Deshaun Watson by Jaylon Smith, Xavier Woods and Jeff Heath. Another was Dak Prescott‘s third-down, head-over-heels run in the playoff win against the Seattle Seahawks.

“I think he’s just trying to convey that there’s a way in which we need to play,” tight end Jason Witten said. “We haven’t played to the level that we expect, and I think it was just a reminder of, ‘this is how we play.’ A lot of that is like, whether you know football or not, look at these guys and how they’re playing. It was a good reminder to start the week with ‘this is who we are.'”

At 6-7, the Cowboys are in first place in the NFC East over the Eagles. Even if Dallas were to lose to the Los Angeles Rams on Sunday, the Cowboys would still be in a position to win the division and earn a playoff spot with wins in Weeks 16 and 17 against Philadelphia and the Washington Redskins, respectively.

“We got to get a win and we got to play well, simple as that,” Prescott said. “Yeah, according to the playoffs and all that, [a win or loss] doesn’t [matter], I guess. But if we want to give ourselves a chance to win — and to win as we finish this season out and to win in that tournament — as you get there, you got to get momentum going.