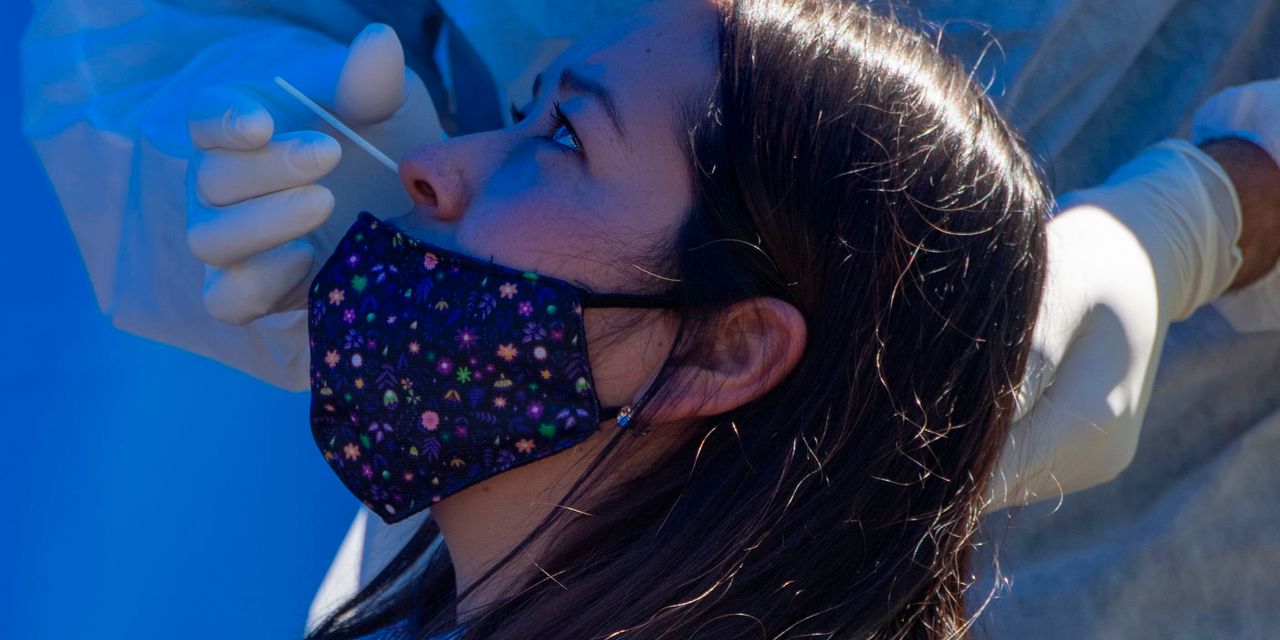 People who have had COVID-19 are likely to be protected from reinfection for at least five months, a preliminary study of health care workers in the U.K. has found. But experts cautioned those with immunity may still carry the virus in their nose and throat and risk transmitting it to others.

PHE recruited 20,787 health care workers from the National Health Service and divided them into two groups: those who had previously been infected with coronavirus and those who had not.

Between June and November 2020, scientists detected 44 potential reinfections — two ‘probable’ and 42 ‘possible’ reinfections — out of 6,614 participants who had tested positive for antibodies. This represents an 83% rate of protection from reinfection, similar to the level of protection given from the COVID-19 vaccines currently being rolled out.

The researchers found that antibody protection after infection lasts for at least five months, on average. “This means that many people who contracted the disease in the first wave may now be vulnerable to catching it again,” the government said in a statement announcing the results of the interim study.

Read: Why do I need to wear a mask if I’ve had COVID-19? Who is it protecting? Can I really be reinfected?

Responding to the study, Prof. Lawrence Young, virologist and professor of molecular oncology at Warwick Medical School, said that the study showed that primary infection offered “similar levels of protection” from symptomatic infection as that offered by some of the vaccines.

“Having the vaccine after recovering from COVID-19 is not an issue or contraindication — and will likely boost the natural immunity. We also see this with the seasonal flu vaccine,” he added.

“We now know that most of those who have had the virus, and developed antibodies, are protected from reinfection, but this is not total and we do not yet know how long protection lasts.

“Crucially, we believe people may still be able to pass the virus on,” said Prof. Susan Hopkins, senior medical adviser at PHE and the SIREN study lead.

“This means even if you believe you already had the disease and are protected, you can be reassured it is highly unlikely you will develop severe infections but there is still a risk that you could acquire an infection and transmit to others,” Hopkins added, stressing the importance of staying at home to protect the health service and save lives.

Read: Getting COVID-19 may protect you against future infections, two new studies indicate

She noted that the preliminary findings provided no evidence toward the antibody or other immune responses from COVID-19 vaccines, nor should any conclusions be drawn on their effectiveness. The study will consider vaccine response in its next phase later this year.

The research took place before the recent discovery of a new variant of the virus, which is behind the rapid surge of cases in the U.K. The country will remain under a third lockdown until mid-February, when the government plans to review the restrictions as it tries to battle the winter surge in new cases.

On Wednesday, a further 1,564 people died in the U.K. within 28 days of a positive COVID test, marking the biggest figure reported in a single day since the start of the pandemic in March 2020.

Earlier this week, the government outlined plans to inoculate tens of millions of people by the spring at more than 2,700 vaccination sites across the U.K., as part of its efforts to rapidly scale up the country’s mass immunization program.

The expansion of the government’s program will mean all adults will be offered a vaccine by the autumn.

More than 2 million people in the country have now been vaccinated with the Pfizer–BioNTech and AstraZeneca–Oxford shots, the government said.

In an effort to protect the greatest number of people in the shortest amount of time, the Medicines and Healthcare products Regulatory Agency, the Joint Committee on Vaccination and Immunization and four U.K. chief medical officers, have agreed to delay the gap between the first and second doses of vaccines.

: Here are 3 lessons from the Carrefour mess for M&A buyers eyeing European preys