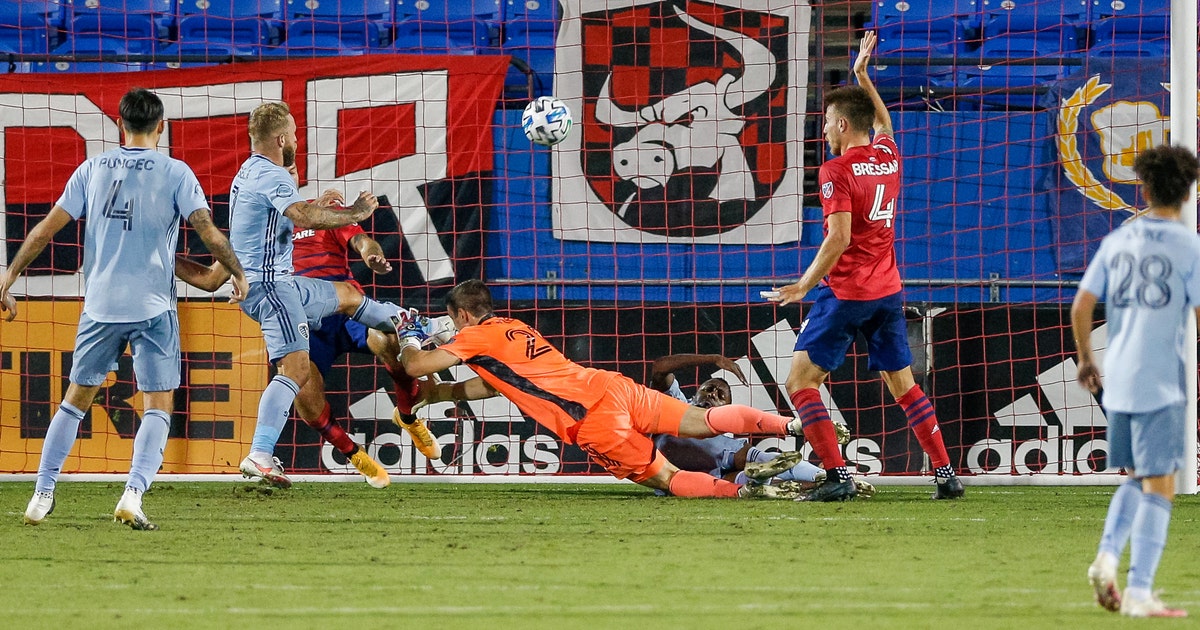 FC Dallas (6-4-6) returned after Sunday’s game against the Minnesota United was postponed because of a couple of confirmed COVID-19 cases. Sporting Kansas City (9-6-2) had won three in a row.

Bryan Reynolds crossed to Hollingshead, who shot to the near post to beat diving goalkeeper Tim Melia. Melia finished with six saves.

Sporting’s Erik Hurtado nearly scored in the 82nd minute but his shot from the center of the 18-yard box sailed over the crossbar.

Dallas goalkeeper Jimmy Maurer made three saves, including a fantastic stop in the 87th minute.

Luis Martins‘ shot hit Maurer in the hands and deflected to Gadi Kinda. Maurer made a one-handed save on Kinda’s shot, but the ball landed next to him. The two fought over possession of the ball. Maurer appeared to tackle Kinda, but a foul was called on Kinda, negating what would have been a Johnny Russell goal.

Peter Vermes on the controversial no-goal call near the end of tonight’s match: “Very sad. Points taken away from us for absolutely no reason.” #SportingKC pic.twitter.com/ycIPTC2t16

Emmanuel Acho: Cowboys will find their identity with Andy Dalton | SPEAK FOR YOURSELF