The family of an 8-year-old girl in Colorado was shocked when a suspected food allergy turned into a life-threatening diagnosis that they had only ever associated with the use of tampons. Gabriella Bondi, who was suffering from severe dry skin last August, didn’t improve when her doctor allegedly prescribed Benadryl. 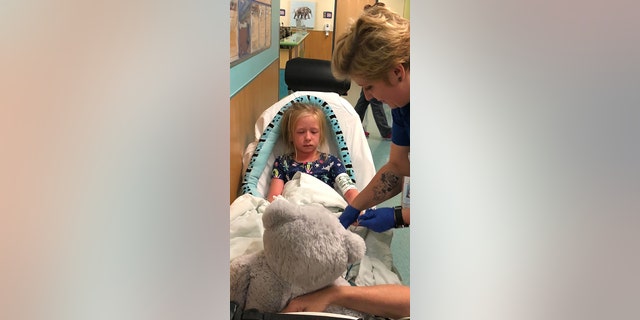 Gabriella Bondi had been complaining of an itchy rash, which quickly progressed to cover her whole body and caused her hair to fall out, her mother said.  (Caters News )

“But by late that evening, her face had gotten worse and suddenly – in a matter of mere hours, her whole body was covered in a red rash that was red and painful.” Christine Bondi-Cerrato, Gabriella’s mother, told Caters News, according to Mirror.co.uk.

Bondi-Cerrato took her daughter to the hospital, where she started losing her hair and the rash continued to spread. There, she was allegedly diagnosed with Scarlet Fever and sent home with more medication, but within 24 hours they returned and due to her deteriorating condition she was transferred to a children’s hospital.

Bondi-Cerrato said the misdiagnoses and not knowing what was ailing her daughter was the hardest part of the ordeal. 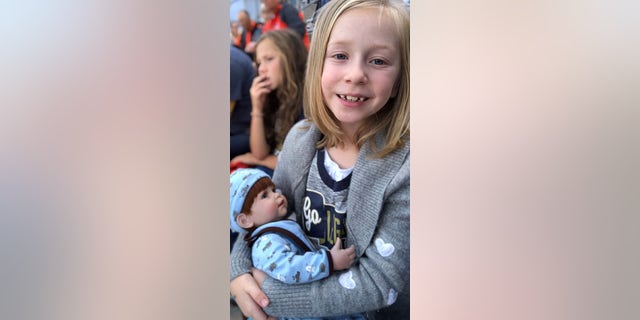 “We eventually found out that Gabby’s Toxic Shock Syndrome (TSS) was caused by her Impetigo infection, which was so incredibly mild and we never even would have thought for a second it could turn into something so life-threatening or devastating,” she reportedly told the news outlet.

TSS is a rare, life-threatening complication of bacterial infections. It can be caused by Staphylococcus aureus bacteria, or by group A streptococcus bacteria, but while it is also associated with the use of superabsorbent tampons, it can occur in anyone, including children.

People who have been diagnosed with TSS are at risk of recurrence, which is something Bondi-Cerrato fears for her daughter. She was placed on oral antibiotics, but continues to deal with immunity issues nearly a year later, according to Mirror.co.uk.  Still, her family is grateful to have acted as quickly as they did.

“If we had waited much longer, the results could have been catastrophic,” Bondi-Cerrato told Caters News, according to Mirror.co.uk.