Much like the NFL, college football is also dealing with coronavirus outbreaks across the nation. Three AP Top 25 games needed to be postponed because of the virus affecting different schools.

Oklahoma State, Baylor, Cincinnati, Tulsa, LSU and Florida will all be forced to sit on the sidelines while a handful of other games go on. This is also the last week without Big Ten schools playing.

The Top 25 poll will look different after this slate of Saturday games.

Here’s a look at what’s ahead in the sport. 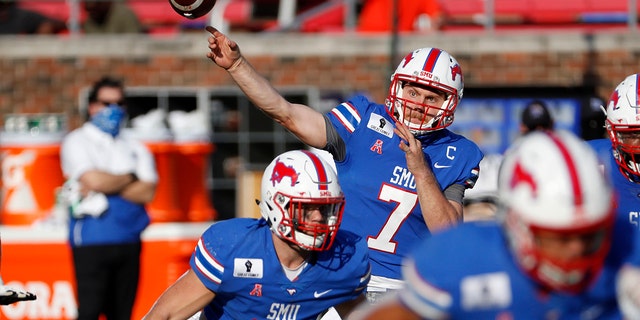 SMU quarterback Shane Buechele (7) throws a pass during the second half of an NCAA college football game against Memphis in Dallas, Saturday, Oct. 3, 2020. (AP Photo/Roger Steinman)

The Shane Buechele-led SMU Mustangs are still undefeated this season and will look to continue their streak against Tulane. Buechele has 1,326 passing yards and 10 touchdown passes in four games. 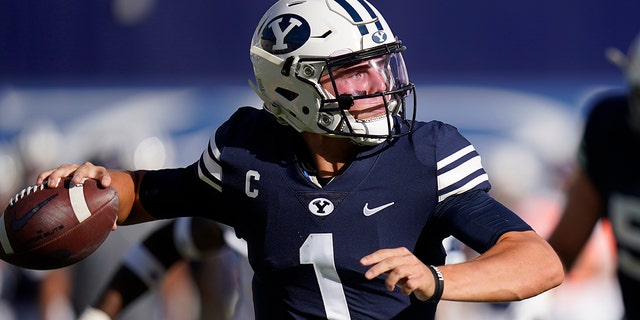 Zach Wilson will have some eyeballs on him Friday night as BYU heads to Houston. Wilson has 1,241 passing yards and eight touchdown passes this season. The Cougars have played and won one game. 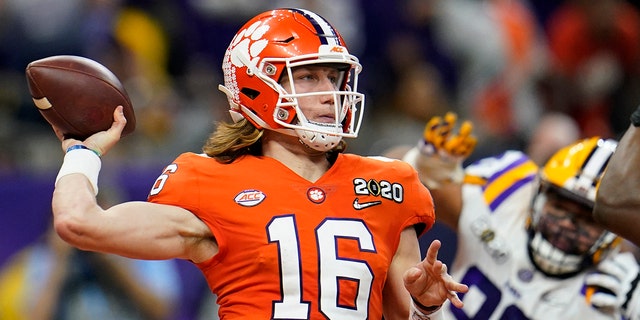 Georgia Tech will play at home against the nation’s top-ranked team for the first time in 40 years when No. 1 Clemson, let by the high-profile tandem of quarterback Trevor Lawrence and running back Travis Etienne, puts its perfect record on the line on Saturday, Oct. 17. (AP Photo/David J. Phillip, File)

Trevor Lawrence asserted himself as the man to beat for the Heisman Trophy last week. He and Clemson look to motor past Georgia Tech on Saturday afternoon. 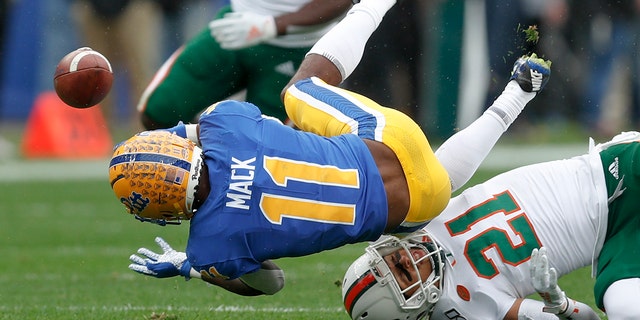 FILE – In this Saturday, Oct. 26, 2019, file photo, Pittsburgh wide receiver Taysir Mack (11) fumbles the ball after getting hit by Miami’s Bubba Bolden (21) during the first half of an NCAA college football game, in Pittsburgh. (AP Photo/Keith Srakocic, File)

Miami will hope to bounce back after a brutal loss to Clemson last week. The Hurricanes host Pittsburgh, which has lost two consecutive games. Kenny Pickett will be the person Miami has to stop. He has 1,389 passing yards and eight touchdown passes in five games. 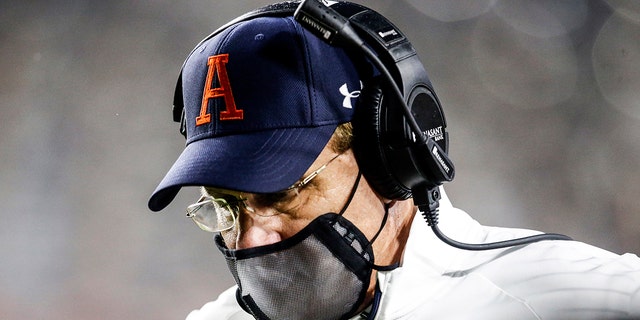 Auburn coach Gus Malzahn walks the sideline during the second half of the team’s NCAA college football game against Arkansas on Saturday, Oct. 10, 2020, in Auburn, Ala. (AP Photo/Butch Dill)

Auburn can’t afford to go to 2-2 with a loss against South Carolina. Bo Nix and the Tigers have to step up and manage to find a way to beat Collin Hill and the Gamecocks. 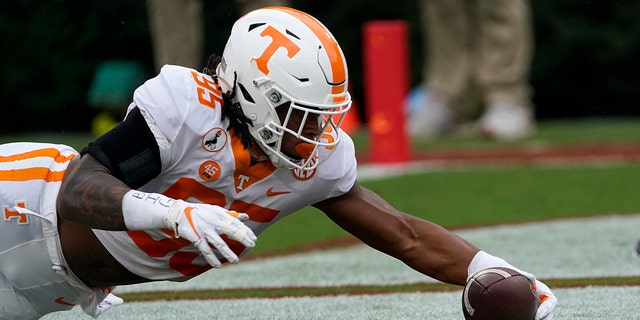 Tennessee linebacker Kivon Bennett (95) recovers a Georgia fumble in the end zone for a touchdown in the first half of an NCAA college football game Saturday, Oct. 10, 2020, in Athens, Ga. (AP Photo/John Bazemore)

Tennessee has looked good in some games this season but have a test against Kentucky. This noon game could be anyone’s to win. The Vols’ Jarrett Guarantano and the Wildcats’ Terry Wilson are two players to watch for in this game.

Notre Dame is the No. 4 team in the nation and have to host Louisville on Saturday. A matchup between Malik Cunningham and Ian Book is definitely going to be a must-see event.

Mike Leach put his team on notice after last week’s loss. Now, Mississippi State has to execute at home against No. 11 Texas A&M. It definitely won’t be easy. Isaiah Spiller is the Aggies star, with two touchdowns and 316 rushing yards this season.

Sam Howell and the Tar Heels are ranked fifth in the nation – the highest since being ranked No. 8 in 2015, when Larry Fedora was roaming the sidelines. With the pressure on them, Florida State is hoping to right its own ship with a major upset. 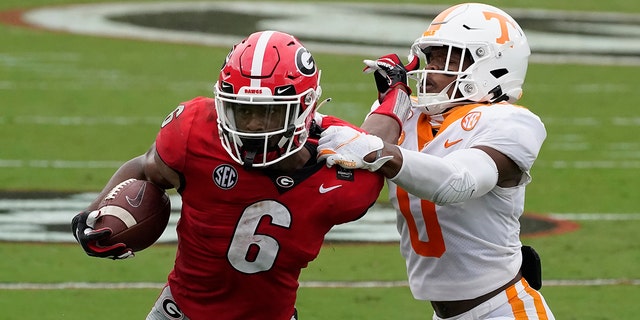 Georgia running back Kenny McIntosh (6) tries to fend off Tennessee defensive back Bryce Thompson (0) in the first half of an NCAA college football game Saturday, Oct. 10, 2020, in Athens, Ga. (AP Photo/John Bazemore)

Alabama–Georgia is the matchup of the day. Without Nick Saban, how will the Crimson Tide fare? It’s been many years since Saban has not been on the sidelines and this time it’s because of the coronavirus. Either team could jump into the No. 1 spot with a win.

News outlets not traveling with Trump over COVID-19 concerns