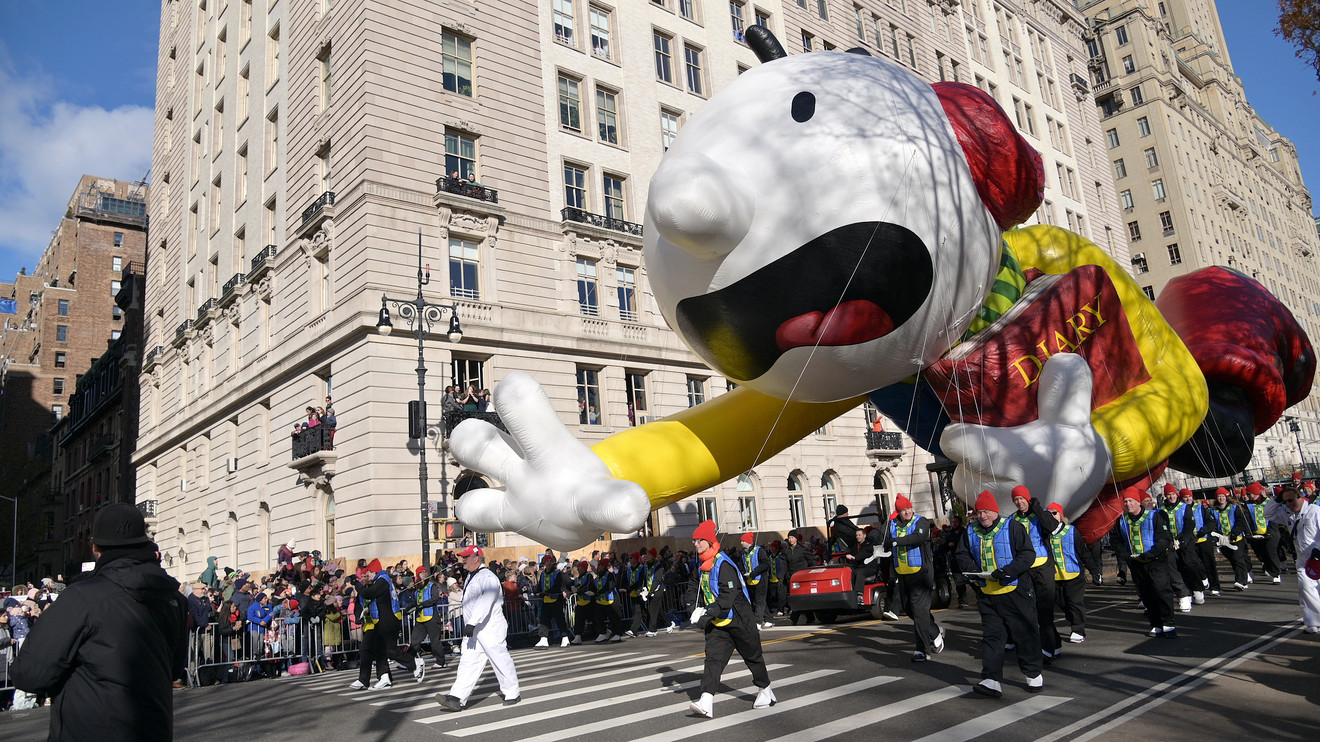 For the first time in nearly 100 years, the Macy’s Thanksgiving Day Parade in New York City will be a virtual event this November because of the coronavirus pandemic, organizers announced on Monday.

Typically one of the city’s biggest annual events, the downsized show will go on without the usual throngs of spectators. Instead, its signature features, from the enormous helium balloon characters to the dance performances, will be pretaped in Manhattan’s Herald Square over two days and broadcast on Thanksgiving morning, Nov. 26, as a “special presentation,” Macy’s M, +2.12%   said.

Sixty-foot balloons, the parade’s main attraction, were nearly its downfall last year, when dangerous winds threatened to rip the floating giants from the hands of volunteers. This year, each colossus will be rigged to a handful of approved vehicles, cutting out the need for the usual 80-100 handlers per balloon, the company said.

“While it will certainly look different in execution, this year’s Macy’s Parade celebration will once again serve its historical purpose — to bring joy into the hearts of millions across the nation,” said Susan Tercero, executive producer of Macy’s Thanksgiving Day Parade on Monday. She called the annual event the company’s “love letter” to New York City.

Organizers have reduced the total number of participants to one-quarter of the usual crew — which count more than 8,000 in a normal year. All high school and college marching band performances are canceled, and the event will exclude performers under 18 years old, the company said in its announcement.

The parade, which began in 1924, has grown from a modest gathering of Macy’s employees in costumes and floats to a massive multimillion-dollar event with thousands of volunteers and performers. Last year, the parade drew 3.5 million live spectators to Midtown Manhattan and 50 million television viewers, according to the company.

“One of the most beloved events every year is the Thanksgiving Day Parade,” Mayor Bill de Blasio said during a briefing on Monday.

It wasn’t immediately clear what the economic toll of the change will be on the city, which had to alter numerous tourist attractions — from the U.S. Open Tennis Championships over the past two weeks to the annual September fashion shows — in light of the health crisis. An email sent to the mayor’s office on this was not immediately returned.

Don’t miss: It ain’t over! It’s New York! The city will survive the virus despite the current tough times

It will be the first time since World War II that Macy’s paraders won’t march down New York City streets on Thanksgiving.

“It will not be the same event we’re used to,” de Blasio said. “They are reinventing the event for this moment in history.”

Graham praises Ruth Bader Ginsburg as a 'trailblazer' who 'served with...