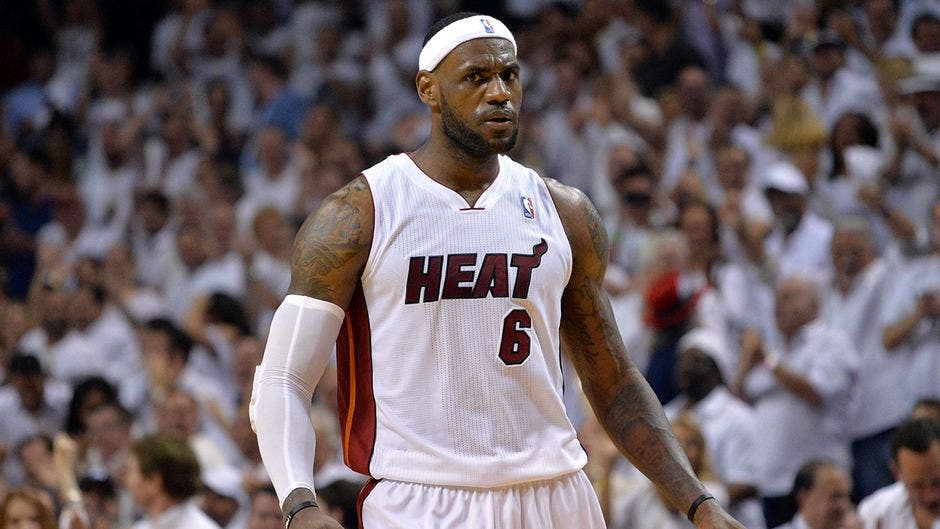 LeBron James’ breakup with Miami Heat and return to the Cleveland Cavaliers before the 2014-15 season was a bit messier than previously thought.

Chris Bosh, who was a member of the big three with James and Dwyane Wade and brought the Heat two NBA championships, revealed on the “All the Smoke” podcast that James told him “through a text” he was leaving the Heat.

“I took offense to it, to be honest with you, at first. I was only thinking of how I felt about it. Me and Bron talked about it, but I’m a competitor, and to be honest with you, s—t, when you back to the locker room and LeBron ain’t in that chair, and then everyone’s looking at you for those 25 points, and looking at D for that 25 points, damn man.”

How James left the Heat has been well-chronicled.

ESPN reported in 2017 that Heat president Pat Riley went to Las Vegas to meet with James about coming back and the star player and his camp kept glancing at the World Cup that was playing on the TV. Riley later got a call and James told him he was moving on.

Riley said at the time it was “personal” and was talked out of ripping James in a statement after he left.

In 2018, Riley turned around and said that James did the “right thing” when he left the Heat to go back to the Cavaliers.

Years later, James is on the Los Angeles Lakers and has two more rings to his name.