VOICE OF THE HWY
Home NEWS SAFETY NEWS Chinese national arrested for trespassing at Trump's Florida resort – CNN
Facebook
Twitter
Pinterest
WhatsApp
Lu Jing, 56, allegedly trespassed on the Palm Beach resort and was asked to leave by security, Palm Beach Police spokesman Michael Ogrodnick said in a statement.
Lu returned to Mar-a-Lago and began to take photos when Palm Beach Police Department responded and arrested her, according to Ogrodnick.
Lu made an initial court appearance Thursday morning and plead not guilty to all charges.
During their investigation, authorities discovered Lu, a Chinese national, was in the US on an expired visa. 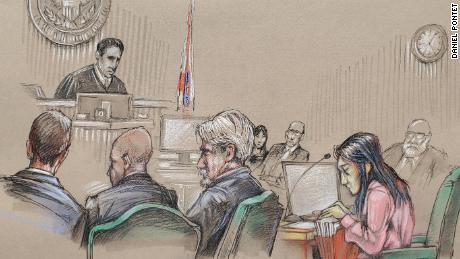 During questioning, Lu invoked her right to counsel, according to Ogrodnick.
Lu was booked into Palm Beach County Jail “for loitering and prowling and is being held on a detainer,” Ogrodnick said.
Palm Beach County records show that Lu was booked Wednesday night around 8 p.m. ET. Records show she was also charged for resisting an officer without violence.
The President was not at property at the time of the incident. The United States Secret Service referred CNN to the Palm Beach Police Department for further comment on the arrest.
Chinese Foreign Ministry spokesman, Geng Shuang, said in news conference from Beijing on Thursday that China is “not aware” of reports that Lu was arrested.
Lu is the second Chinese national to be arrested for trespassing at Mar-a-Lago this year. Another Chinese woman was arrested in March for trespassing onto the Florida property. There is no apparent connection between the two women.
Yujing Zhang, a 33-year-old businesswoman from Shanghai, was found guilty last month of unlawfully entering a restricted zone and making false statements to a federal officer.
At the time of her arrest, Zhang had in her possession four cellphones, a laptop, an external hard drive and a thumb drive, which a preliminary forensic exam showed contained malware, according to her criminal complaint. Prosecutors said they also discovered a trove of additional electronics — including a signal detector to detect hidden cameras — and thousands of dollars in cash in her hotel room.
While initial court documents said Zhang had carried a thumb drive that contained malware on it when she was arrested, an assistant US attorney said at a hearing in April that the result may have actually been the result of a “false positive.”
Trump was not on the property for this incident either. But the breach called into question the security at the resort, a semi-public location where Trump sometimes conducts official White House business.
Trump had dismissed the breach of his Mar-a-Lago property as a “fluke situation” and said he was “not concerned” about the incident.
Last Thursday, Trump shared his enthusiasm for the winter season opening of his Palm Beach golf club.
“I will be there in two weeks, The Southern White House!” Trump tweeted.
The Trumps have a tradition of spending the Christmas holiday at Mar-a-Lago.
CORRECTION: This story has been updated to correct Lu Jing’s name.

Daniel Cormier: This is the Khabib Nurmagomedov I know

NASA releases never-before-seen pictures of Bennu, an asteroid that may hold...