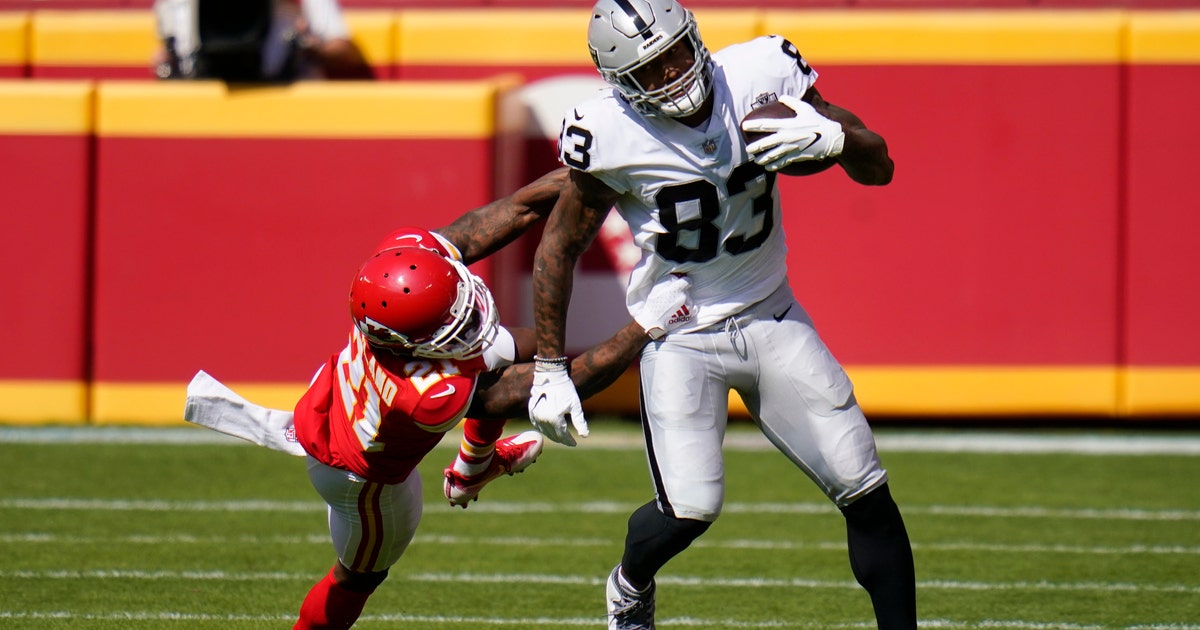 KANSAS CITY, Mo. — It takes a lot to get Big Red to turn red.

When he’s not in the pressure cooker of an NFL sideline, Kansas City Chiefs coach Andy Reid is about as mild-mannered as it gets. He wears floral print shirts by Tommy Bahama, prefers sweat shorts to slacks, and the Southern Californian exudes the kind of surfer chic that comes with the laid-back lifestyle of the beach.

The sight of the Las Vegas Raiders doing a victory lap around Arrowhead Stadium in their caravan of buses after ending the Chiefs’ 13-game win streak last month? Well, that was enough to get under Reid’s rather thick skin.

“I don’t think either team likes each other that much,” he said, “as they’ve stated before.”

Making the entire scene all the more galling is the fact that Reid considers Raiders coach Jon Gruden a close friend. Big Red spoke glowingly of him when Gruden chose to return to the AFC West from his plush gig in the television booth.

For his part, Gruden didn’t want any part of discussing the victory lap ahead of Sunday’s rematch in Las Vegas.

“I mean, you can find the smart-aleck bus driver in Kansas City who made some snide comments when we got on the bus, maybe that’s why we drove around the stadium — just to tick him off,” Gruden said. “This is ridiculous. Next question.”

Oh, don’t expect that to be the last time the parade around the Truman Sports Complex gets brought up.

The Chiefs (8-1) haven’t had a lot of chances to exact a little bit of revenge on opponents the past few years. They’ve lost only four regular-season games in three of the past four seasons, and each of those years ended with an AFC West title.

So, they usually end up having the last laugh.

When the Chiefs do get a chance for payback, they tend to make it count. They lost to Houston in Week 6 last season, then trounced the Texans in the divisional round of the playoffs. They lost to Tennessee in Week 10 and beat the Titans a couple of months later for the AFC championship.

“Any time you lose to anyone, the next time you play them, you want to win,” Chiefs quarterback Patrick Mahomes said. “In this league, when you’re in the same division, you get that opportunity. We’re going to be ready, I promise you that.”

The mystique of the Raiders-Chiefs rivalry only ups the ante. The two franchises trace their animosity to the earliest days of the AFL, and it grew when Al Davis purchased the Raiders in the late 1960s. Both teams have experienced plenty of success over the years, and the hatred has kept pace, passed down from one generation of players to the next.

From one generation of owners to the next, too. Now it’s Al Davis’ son, Mark, who runs the Raiders. And it’s Lamar Hunt’s son, Clark, who owns the Chiefs. And while their relationship is cordial — friendly, even — the two of them have a unique understanding of the rivalry and the importance beating each other is to their fan bases.

“I learned early on that if you were a Chiefs fan, you didn’t like the Raiders,” Hunt said. “I don’t know if my dad taught me that or our fan base taught me that. I certainly remember seeing the tape from the 1970 game where there was a big fight. That was the Raiders’ style back then. They were the bad guys and that’s how we looked at them.”

After their victory lap around Arrowhead Stadium last month, that’s how a lot of Chiefs fans look at them now.

“I think part of having a great rivalry is the other side has to be successful,” Hunt said. “They’re having a great year this year, and I think the one blemish on our record points to a heated game out in Las Vegas this weekend.”