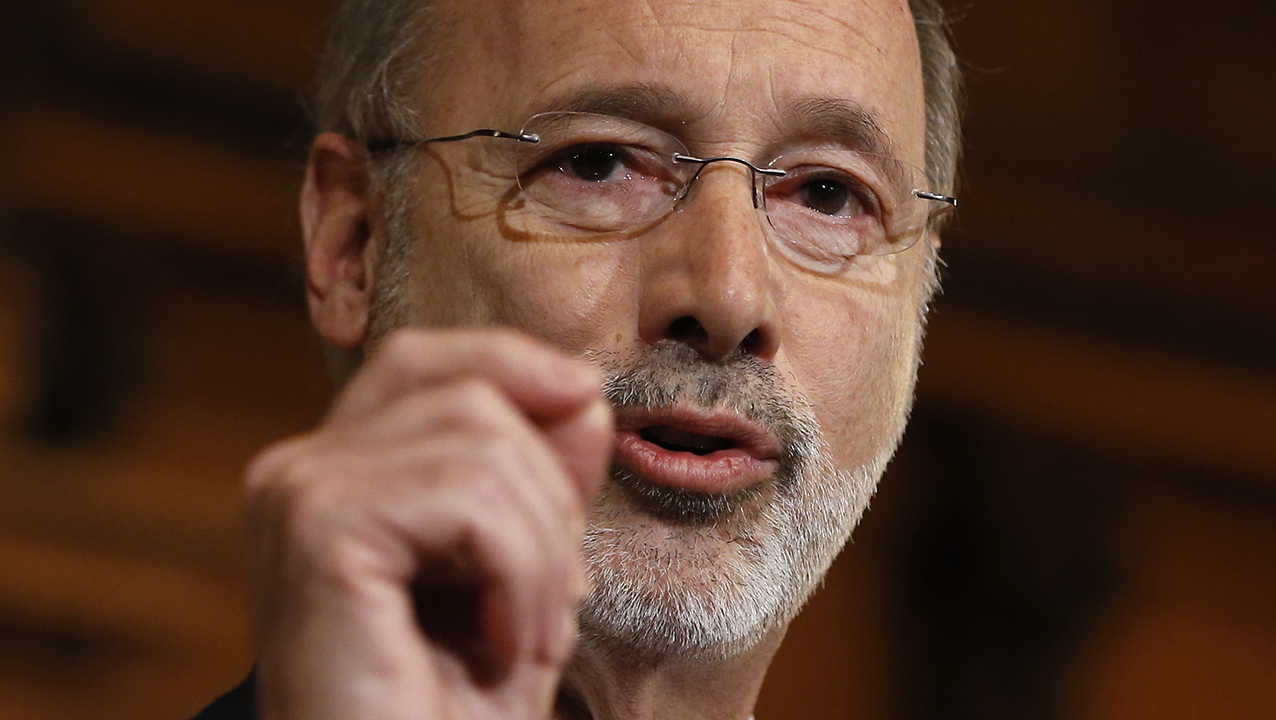 Shep’s Barber Shop, just outside Harrisburg, Pa., became the epicenter of the movement to defy Gov. Tom Wolf’s heavy-handed economic shutdown. Fighting back tears at a rally, owner Brad Shepler delivered a warning far clearer than anything the governor has said in weeks: “You need to realize, we’re all losing our rights as American citizens. And we should all be afraid of that.”

State officials threatened to revoke Shepler’s barbering license and fine him up to $10,000 per day after he reopened his business without authorization. This individual revolt — and countless others — came just days after eight Pennsylvania counties threatened to ditch Wolf’s haphazard reopening process to make their own decisions.

Meanwhile, state lawmakers have passed bill after bill to reopen critical industries and reverse Wolf’s refusal to abide by transparency measures in the state’s equivalent of the Freedom of Information Act.

There are common denominators in the governor’s decisions: he makes them behind closed doors, and they hurt people.

As a result, Pennsylvania is now in the throes of a second public health crisis, devastated by the predictable after-effects of mass unemployment and social isolation. Overdoses, drug-related deaths, domestic violence, domestic abuse, anxiety, depression, and suicide attempts are all spiking. Wolf’s home county has seen over three times more deaths from opioid abuse during quarantine than from COVID-19.

Most tragically, Wolf refuses to come clean about Pennsylvania’s widely reported nursing home catastrophe. Nearly 70 percent of COVID-19’s death toll in Pennsylvania comes from these homes for the elderly. The Health Department, led by Secretary Rachel Levine, circulated a nursing home early response plan but never implemented it — then covered up its failure.

The governor’s lack of transparency is compounded by his top coronavirus aide’s hypocrisy. Levine, having insider access to the rising death toll, quietly transferred her elderly mother from a nursing home to a hotel — even while the health department mandated those homes accept COVID-19 patients.

Wolf campaigned promising “jobs that pay, schools that teach, and government that works.” His handling of this pandemic has produced the opposite: record unemployment, shuttered schools, and government failure.

No wonder he is one of only five governors, all Democrats, to receive an “F” for his reopening strategy, according to an analysis from the Committee to Unleash Prosperity.

The groundswell of opposition to Wolf’s repudiation of transparency is growing daily. In addition to demanding the resignation of Levine, state legislators have taken the governor to court to scrutinize the dubious waiver system he established to grant exemptions from his shutdown of so-called “non-life-sustaining” businesses.

By keeping citizens in the dark, Gov. Wolf has forced Pennsylvanians to question the motives behind his every decision.

From the beginning, his administration kept waiver records from the public, while granting them to the politically connected, like his former business, Wolf Home Products. The auditor general, a Democrat, is currently auditing the Wolf administration’s handling of the waiver process.

Wolf has also earned resentment from the press corps after treating them like infants. The governor’s press conferences are a parody: Wolf stands before an empty press briefing room as his press secretary reads him pre-screened questions. Reporters have complained that their submitted questions were altered, calling the practice “unacceptable” and “disingenuous.” And follow-up questions are strictly forbidden.

By keeping citizens in the dark, Wolf has forced Pennsylvanians to question the motives behind his every decision. The lesson is clear: Transparency is never optional — not even during a crisis.

But instead of coming clean, Wolf has called those questioning his policies “cowards” and “deserters” and threatened to withhold federal stimulus money from counties that don’t comply with his shutdown order.

Fortunately, state lawmakers are showing no signs of caving. They immediately pushed back, sending the governor another sheaf of reopening bills. Perhaps they heard the cries of an onlooker from the barber shop rally who shouted, “We will not watch our freedoms wither and die.”

Pennsylvania is showing precisely how citizens and their elected representatives can fill the leadership vacuum under a governor who has jettisoned any pretense of transparency and strayed far from his stated goals.