ST. LOUIS — Mike Shildt apologizes if he offended you. Yet he’s not about to shrink from the passion he has for his team and his sport.

Even if the whole world knows just how colorful that passion may be.

Shildt’s impassioned speech after his St. Louis Cardinals captured the National League Division Series with a Game 5 win at Atlanta was streamed live on Instagram by rookie Randy Arozarena. The raucous address was sprinkled liberally with f-bombs and promises that whom ever  St. Louis played in the NL Championship Series, they’d “kick their asses.”

That would be the Washington Nationals, who captured the other NLDS as the Cardinals watched from their Atlanta hotel lobby bar.

“I apologize if my language offended anyone,” he said. “I am flawed and have my moments. I grew up in a clubhouse. I try to represent this organization with class and dignity.

“I will not apologize about having passion about our team.” 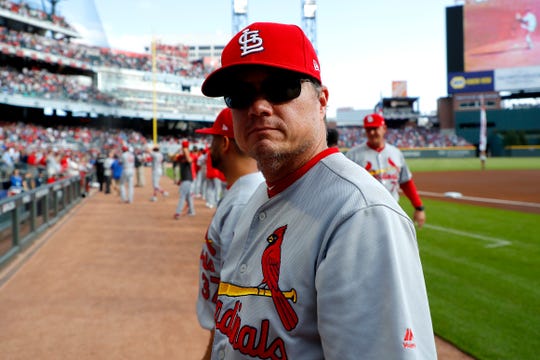 Shildt’s public persona is a bit more family-friendly. His players have seen the other Shildt with a bit more frequency.

And love him for it.

“It means a lot to everybody,” says Cardinals Game 1 starter Miles Mikolas. “We get to see that fired up side of him when the cameras are off – or supposed to be off. You see your manager get that fired up, that amped up, it’s contagious.

“He lets us know he has our back.”

Shildt’s speech may not have earned him many friends in Atlanta after he noted that the Braves “started some (stuff), and we finished it.”

In his own room, his players would just as soon he keep letting it rip.

“I know he apologized for the words he used,” says catcher Matt Wieters, “but everybody in the clubhouse knows how he feels about them.”

Key players return to Heat lineup, but visiting Pistons come out on top