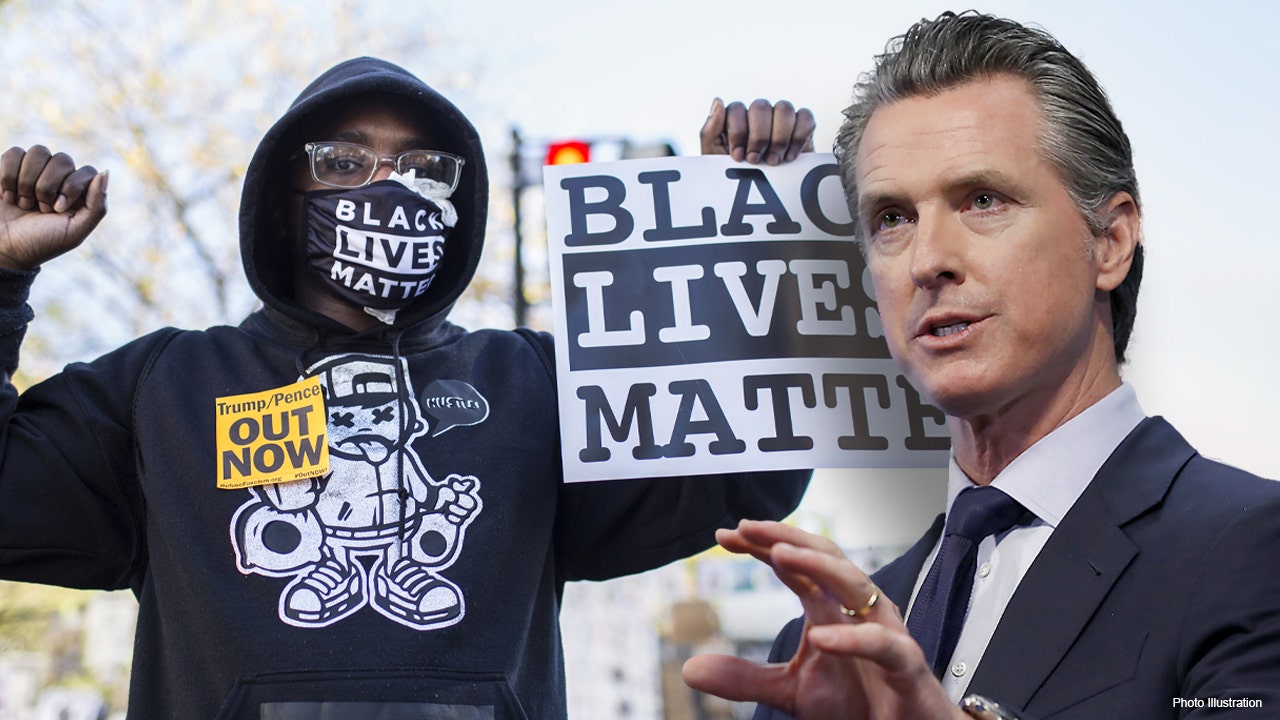 California Gov. Gavin Newsom will bend the knee to Black Lives Matter, author Candace Owens argued Wednesday, reacting to the organization calling on Newsom to appoint a Black woman to fill the Senate seat that will be vacated by Kamala Harris.

“He will absolutely capitulate because he has no choice in the matter, and I have to say good for Black Lives Matter,” Owens told “Fox & Friends.”

She said Black Lives Matter admittedly “view themselves as Marxist,” meaning the organization abides by the philosophies espoused by Karl Marx.

“They haven’t been lying about who and what they are. They have been very clear since the beginning. The media may have lied about it or may have ignored it. The politicians may have ignored it because they have used them to further their own political goals, but we had the founders and the leaders on the stage years ago saying that they view themselves as Marxist, meaning they follow Marxist ideology. They believe what Karl Marx believes in and that is ‘by any means necessary.’ They will take what they have to take by force,” Owens said.

Black Lives Matter launched a petition Monday calling on Newsom to appoint a Black woman to fill the U.S. Senate seat to be vacated by Harris once she officially resigns to become vice president.

“Appointing a Black woman to this seat is nonnegotiable — this must be done,” Black Lives Matter Global Network wrote, directing the Democratic governor to either appoint U.S. Reps. Karen Bass or Barbara Lee to fill the seat for the remainder of Harris’ term.

“If there is not a single Black woman in the Senate, then the Senate is simply not a proper representation of the people,” the petition states, pointing out that there will be no Black female U.S. senators once Harris takes the leap from Congress to the executive branch.

The group then implied it was now Newsom’s time to deliver by appointing a candidate of its choice, arguing the Democratic Party has become “reliant on Black voters, particularly Black women,” and there would have been a “very different electoral outcome” if it weren’t for Black voters and organizers across the country.

“This is not a one-way street. We showed up, and now, it’s his turn to do the same,” the petition states. “If Governor Newsom is serious about his role in the Democratic Party, he will deliver to his base and answer our call to appoint a Black woman to the Senate.”

According to BLM, the California Legislative Black Caucus already reached out to Newsom about Bass and Lee, but he “has yet to meet with them or comment on what his plans are in terms of the seat.”

Speculation has been swirling for months over whom Newsom will select to replace Harris after President-elect Joe Biden tapped her as his running mate in mid-August.

Owens said the Black Lives Matter movement reached out to Newsom only to demand that he submit to its agenda.

“So them writing to him is basically saying you’re going to do as we say, and I believe you’re going to see that Gavin Newsom will do as they say. This is what happens when you don’t have a spine to stand up to people in the beginning. You know, when they’re rioting and looting and you’re calling this a peaceful protest,” Owens said.