A California winemaker serving a five-month prison term for his role in the college admissions scandal has been released two weeks early amid concerns over the coronavirus pandemic that has prompted the reduction of prison populations across the country.

The reasons were not disclosed, but the judge cited the coronavirus and Huneeus’ health for allowing him to serve the rest of his sentence under home confinement, according to the publication. 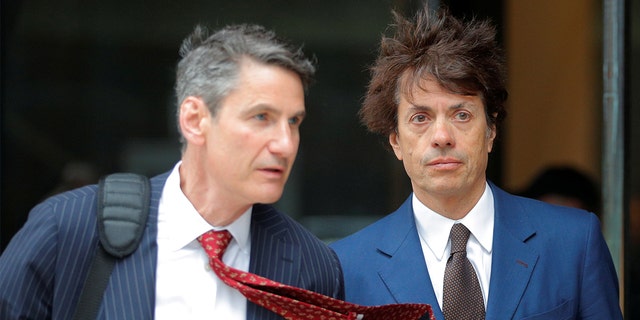 Agustin Huneeus Jr., the owner of a family wine vineyard in Napa Valley, was released early from prison where he was serving a five-month sentence for his role in the college admissions cheating scheme. (REUTERS/Brian Snyder)

Huneeus pleaded guilty last year to conspiracy to commit mail fraud. Federal prosecutors said he paid $50,000 for a proctor to sit with his daughter and correct answers on her SAT exam, and paid $50,000 to a University of Southern California (USC) athletic department official and agreed to pay $200,000 more when his daughter was accepted to the school as a water polo player.

The scandal has embroiled dozens of celebrities and wealthy families while putting a spotlight on the inequity of the college admissions process.

The judge recently denied a similar request from Devin Sloane, a Los Angeles business executive serving a four-month sentence linked to the scandal. The judge found that he did not demonstrate a “life-threatening condition” and ordered him to serve his full sentence.

Sloane pleaded guilty to fraud and conspiracy for paying $250,000 to get his son into USC as a phony athlete. His prison sentence ends April 1.

Actress Lori Loughlin and her fashion designer husband, Mossimo Giannulli, have accused federal prosecutors of “extraordinary” misconduct and urged a judge Wednesday to dismiss charges against them.

Rita Wilson calls herself a 'COVID 19 survivor,' thanks God for good health after returning to Los Angeles

Rita Wilson calls herself a 'COVID 19 survivor,' thanks God for...

If you're feeling suicidal during the pandemic, you're not alone