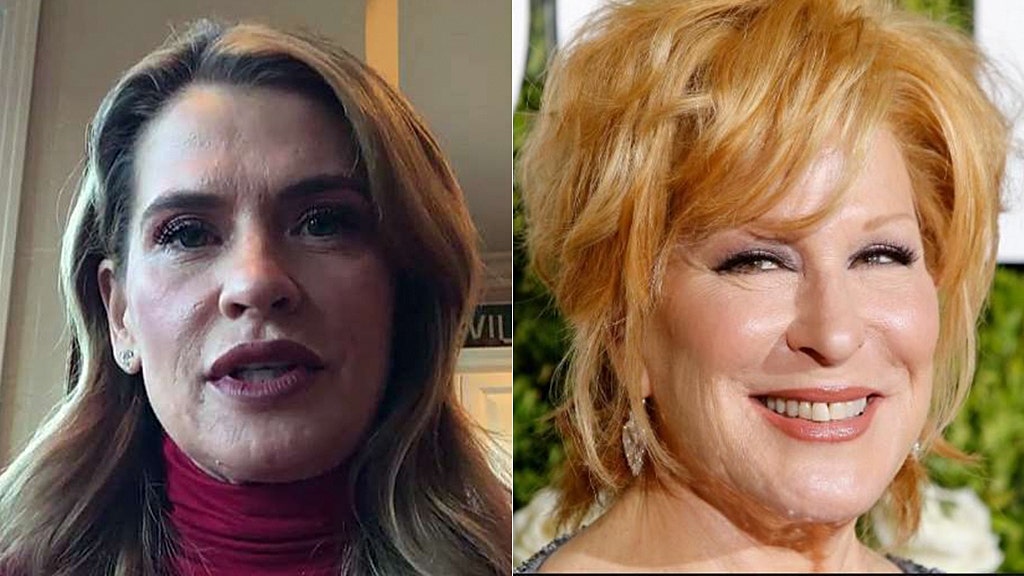 “I DO NOT promote violence but…Rand Paul says the Kurds are being ‘ingrates’ for taking their frustrations out on U.S. Troops. Which is a good reminder for us all to be more grateful for the neighbor who beat the s— out of Rand Paul,” she wrote Wednesday.

Appearing on “Coast to Coast” with anchor David Asman, Swanson said that Midler knew she was wrong.

“There’s no need for it. I mean, obviously she deleted it, you know, knowing that it was completely wrong and inciting violence and, you know, sort of cheerleading for that,” she said.

Paul was assaulted by neighbor Rene Boucher in November 2017 while he was mowing his lawn. Paul was tackled from behind and suffered six broken ribs, including three displaced fractures. His recovery was complicated by fluid and blood around the lungs and pneumonia. He ultimately had part of his lung removed in August 2019.

“No matter how much I disliked someone’s politics, I would never celebrate their serious injury. A low bar, but @BetteMidler is below it,” she said.

Despite saying she doesn’t promote violence, this isn’t the first time that Midler has caused a stir over her rhetoric on Twitter. Over the summer she courted controversy again with a since-deleted tweet that insinuated someone should stab President Donald Trump.

“Not all of Hollywood has the same mindset that Bette Midler does, but she tends to just got so extreme with things and this was a disrespect to the troops, our military, and to Rand Paul,” Swanson told Asman.

“It happens daily with her, to be honest. I don’t know why she just keeps doing it,” she mused.

CLICK HERE TO CHECK OUT THE FOX NEWS APP

“I have found — you know — just being in the hair and makeup room or whatever, people come in and just talk trash about conservatives just openly and blatantly. And, I think that there needs to be you know just a rule… let’s just not talk politics at work. I think everybody would be fine,” Swanson concluded.

‘Gold Rush’ star Rick Ness talks mining during a pandemic: ‘I had one goal in mind and that was redemption’

Dr. Marc Siegel: To defeat coronavirus, we must do this

Dense Fog Advisory issued October 28 at 1:07AM AKDT until October...

Dr. Marc Siegel: To defeat coronavirus, we must do this