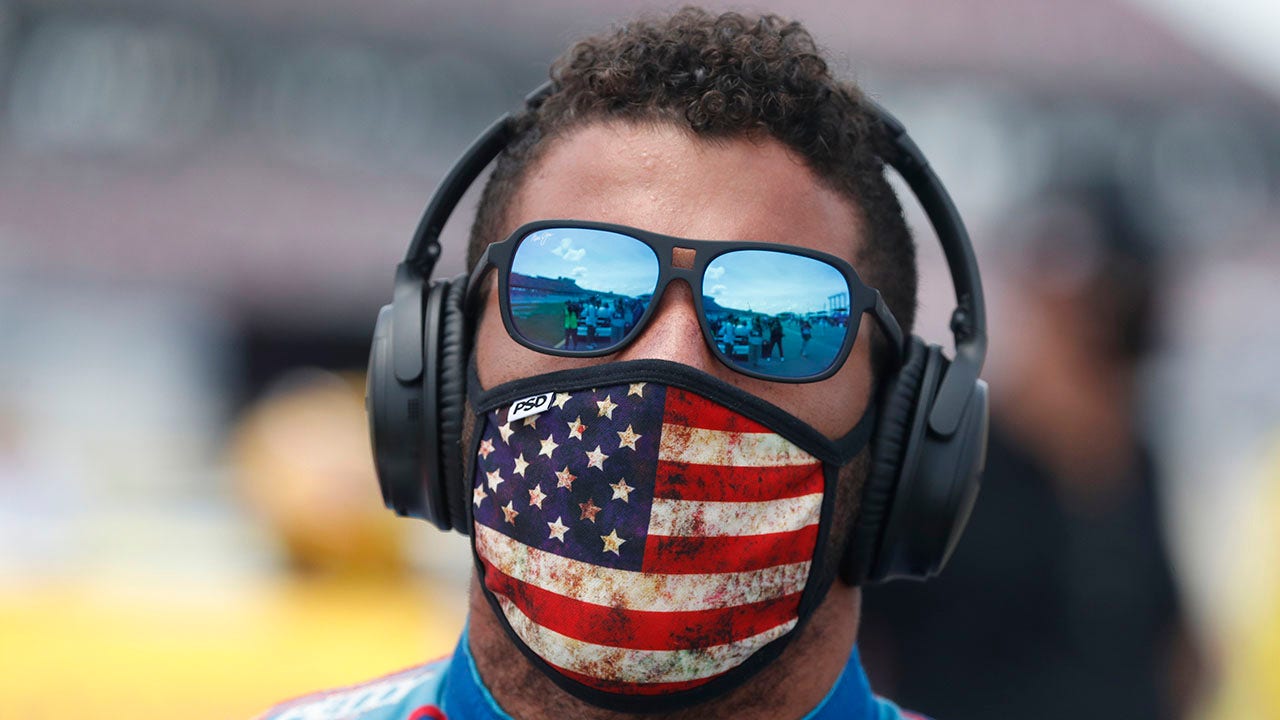 NASCAR driver Bubba Wallace told “Watters’ World” in an interview airing Saturday that “at the end of the day, I wouldn’t have changed anything” about how he handled the discovery of a garage pull rope tied into a noose at his team’s Talladega Superspeedway garage.

“NASCAR, I felt, did the right thing …,” Wallace told host Jesse Watters. “It was a noose, everybody has seen the image now.  So, to say we would go back and do things differently, I don’t think so. Maybe word things differently, yes, but I would launch an investigation.”

The FBI determined earlier this week that the noose, which was discovered in Wallace’s garage on the evening of June 21, had been there as early as October 2019 — and therefore could not have been meant as a racist gesture toward Wallace, the NASCAR Cup Series’ only full-time African-American driver — who had been assigned that garage stall only for last weekend’s race.

On Thursday, NASCAR released an image of the garage door pull rope, and noted that an internal investigation had found that of the 1,684 garage stalls at the circuit’s 29 tracks, only 11 had a pull rope tied in a knot. The only noose was the one in Wallace’s garage stall.

Wallace said the member of his team who found the noose and reported it to NASCAR “did his research and walked up and down the garages to double-check to make sure that it wasn’t just the symbol that was throughout every garage.

“But it ended up being only ours,” Wallace added, “so he eventually contacted the crew chief. When the crew chief contacted NASCAR, officials stepped in, leadership contacted me telling me that a noose was found and they were taking necessary measures to get into investigation.”

Wallace, who drives for Richard Petty Motorsports, has been a vocal supporter of the Black Lives Matter movement and was instrumental in NASCAR’s recent decision to ban the Confederate flag at its events. He told Watters that he perhaps should have asked to see the noose “for myself in person to have a true understanding … [and to] get an image for myself.”

However, Wallace emphatically denied the incident was a publicity stunt.

“Let’s get it straight …” he said. “I don’t need all the fame and all the media hype to create my brand and create my image. People that know me, know I’m 100 percent raw and real and I just go out and give my all on the racetrack.”

When asked if he was the victim of a hate crime, Wallace said he “didn’t necessarily think that somebody in our community would do that.”

“Did I think a track worker? Possibly, yes,” he said. “But getting to the bottom of it, somebody has tied this, whether it was a bad joke or whatever they thought, whatever their intent might have been, it wasn’t to attack me or scare me. It was something that coincidentally happened to be in my garage for the next race.”

High Surf Advisory issued January 23 at 3:48AM HST until January...