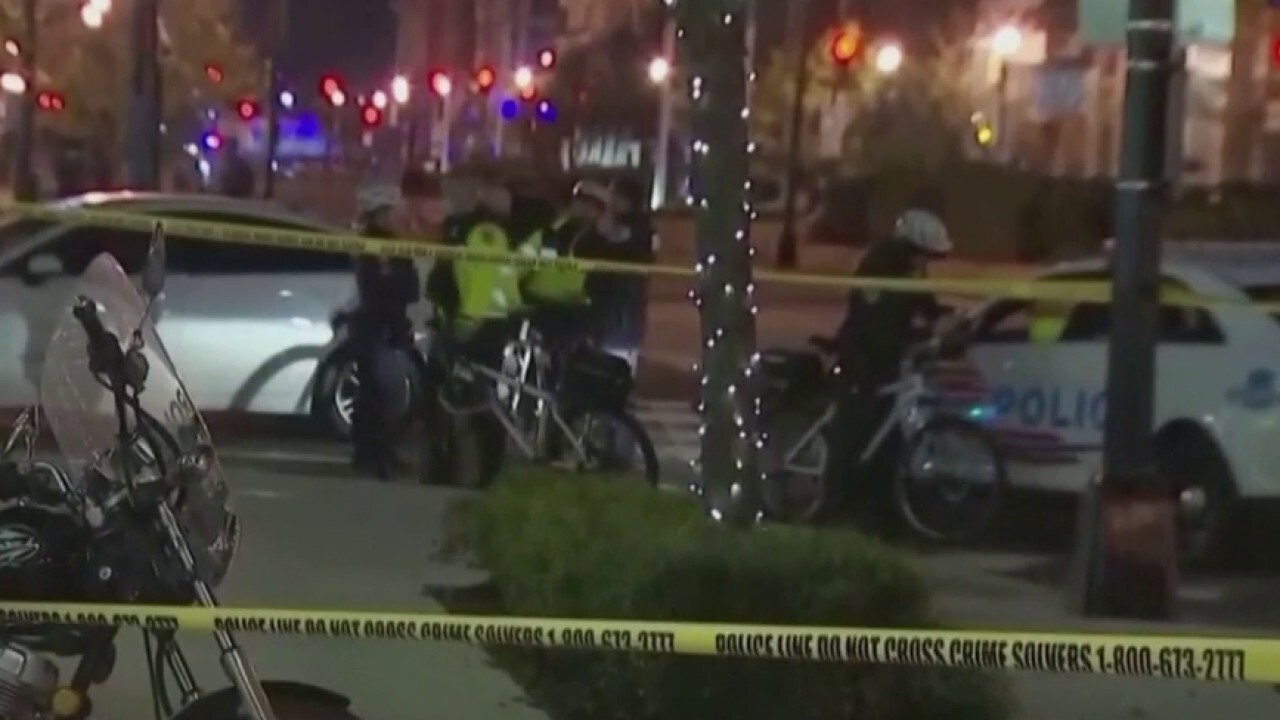 A Black Lives Matter protester who was caught on video assaulting supporters of President Trump at Saturday’s “Million MAGA March” is reportedly a journalism student at Howard University.

Brittany S. McAlister, 29, was filmed purportedly punching and kicking men and women several times over the course of the Washington, D.C. event, according to reporting from The Post Millennial

TRUMP SUPPORTERS HARASSED, ATTACKED AT MAGA MARCH IN DC AMID CLASHES WITH COUNTER-PROTESTERS; ARRESTS MADE

In one incident, McAlister allegedly kicked an unconscious man who had been knocked out by 39-year-old Kenneth Wayne Deberry. Deberry was one of four people the city’s Metropolitan Police Department arrested for disorderly conduct.

McAlister has yet to be arrested, according to a recent press release from the department.

In another clip, McAlister appears to be running up and punching a woman in the back of the head. She then runs in the opposite direction.

Anti-Trump political organization Refuse Fascism had reportedly tagged McAlister in a video where she spoke at Black Lives Matter Plaza. However, that tweet has since been deleted and McAlister’s accounts have been deactivated.

Although the march was relatively peaceful for the first few hours of demonstrations, protesters clashed with many of the thousands of marchers in the afternoon.

Twenty-one people were ultimately arrested for a variety of charges, including assault and weapons possession, officials said.

Two officers were injured and several firearms were recovered.

Reacting on Twitter, the president instructed police officers not to “hold back.”

“ANTIFA SCUM ran for the hills today when they tried attacking the people at the Trump Rally, because those people aggressively fought back,” he wrote. “Antifa waited until tonight, when 99% were gone, to attack innocent #MAGA People. DC Police, get going — do your job and don’t hold back!!!”

Trump also hammered Democratic Mayor Muriel Bowser, claiming she was not “doing her job,” and accused the media of being “silent.”

Howard University did not immediately respond to Fox News’ request for comment.