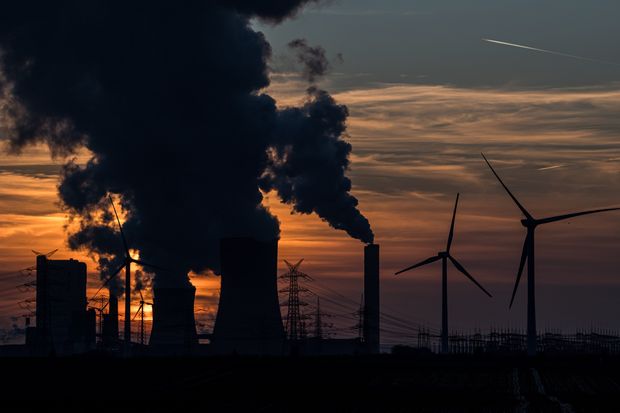 Big-name investors behind Climate Action 100+ wants the companies they hold to set targets to deliver emission reductions in line with keeping global warming to under 1.5 degrees C above pre-industrial levels.

The Climate Action 100+ investing group, representing over $47 trillion in combined assets, will lay out for the first time a framework to benchmark and assess the progress of the 161 companies on its target list that are being nudged toward net-zero emissions and other environmental actions.

The 30-indicator framework, advanced by investing interests including fund giants BlackRock and Pimco, will be in place by next year and targets the emissions of Chevron CVX, -0.18%, Rio Tinto RIO, +0.21%, Wal-Mart WMT, +0.63%, Coca-Cola KO, +0.31% and dozens others.

Launched in 2017, Climate Action 100+ is serving as a non-binding watchdog for companies that are responsible for up to 80% of global industrial greenhouse gas emissions. So far, 120 companies on its target list have now nominated a board member or board committee with explicit responsibility for oversight of climate change; 50 companies have indicated they will aim to achieve net-zero emissions by 2050 or sooner.

The steering committee behind Monday’s letter has advised companies to set medium-term objectives to reduce emissions by 45% by 2030 compared with 2010 levels. The panel also said net-zero strategies should include all emissions, including so-called scope 3 or end-use emissions, a sticking point for many companies. This includes emissions from vendors and suppliers in the company’s supply chain.

The latest effort called on the businesses to set targets to deliver emission reductions in line with keeping global warming to under 1.5 degrees C above pre-industrial levels. And the initiatve will track whether a company’s capital expenditure is consistent with the goals of the Paris agreement, the voluntary multi-nation effort minus the newly withdrawn U.S., to tackle global warming.

“The benchmark will ensure it’s clear which companies are acting on climate change as a business-critical issue and embracing a net-zero future. Investors will be paying particular attention to those shown to be falling short,” she said.

The letter issued Monday has toughened its language and expectations around the still-voluntary effort by the companies it tracks, its proponents argue. That change in tone comes as some environmental and investing activists, especially those that push for shareholder-driven proxy actions, have expressed concern that companies get to promote their attachment to climate efforts without any binding responsibility.

Earlier this month, a Commodities Futures Trading Commission-led panel released a bipartisan 190-page report warning about the risk to the financial system from climate change. The panel called for more unification when it comes to regulating climate-change risk and it revived a call for taxing carbon pollution. Disjointed rules and goals has been a major gripe from an investing world that’s increasingly factoring in climate change to decision-making.

Some companies are taking action. BHP Group PLC, the largest listed miner by market value, said this month it intends to cut its operational greenhouse gas emissions by at least 30% by fiscal 2030. The company will take scope 3 actions to contribute to decarbonization and will work on linking executive remuneration to the delivery of its climate plan.

Biden says if Trump acted sooner on coronavirus 'all the people...

“Zombie” companies are multiplying in the UK and that is bad...

FA Center: Worried about being bored in retirement? Your financial adviser...